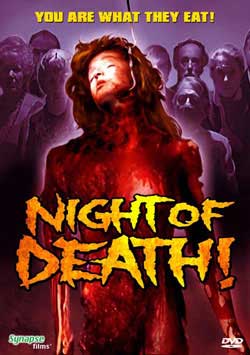 When she takes up her new post at an eerie convalescent home deep in the French countryside, nurse Martine (Isabelle Goguey) soon discovers that several missing co-workers may have fallen prey to an unspeakable evil rumored to roam the hallways at night. But as Martine looks deeper into the mystery, she suspects the home’s aged residents know more about the menace than they let on. Raphaël Delpard directs this spooky cinematic treat.

NOD arrived on the scene with a simple and to the point slogan “You Are What They Eat! ” Which without giving the plot away spells out what the focal point of this film is. 1980 was a year that brang all kinds of weird and experimental films on to the market. Some of these foreign titles never really caught on most likely to lack of distribution in the US. Though that doesn’t mean that they can’t receive a face lift almost 20 years later to find new homes. Our film centers around the attractive red headed Martine played by actress Isabelle Goguey who after being out of work for 8 months has been given an opportunity to work at a local old age home. 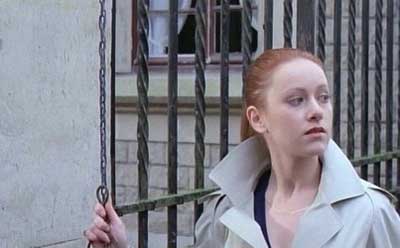 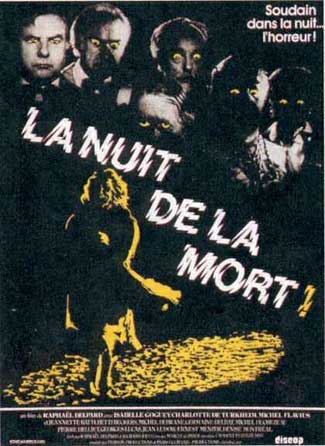 Per recommendation of her boyfriend Serge, it seemed like a good way to get back on the wagon again. Upon arriving at the Deadlock house estates, it is quickly evident that the inhabitants are a bit odd in their seclusion. Though as expected, it is assumed that its just senility working its way into their old age. Nicole (Charlotte de Turckheim) the current nurse has been there a few weeks already and from her complaints is obviously showing signs of growing tired of the place. The owner Helene runs the house with an iron fist and strict guidelines. One of these rules is that new employees can’t leave the premises for 2 months. 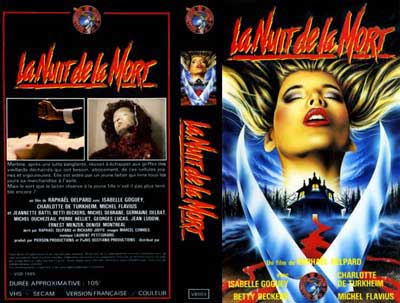 Just as the 2 girls are getting to know each other, Nicole disappears mysteriously without a good bye. Helene claims she fired her and its left at that. The grounds caretaker Flavien is the oddest of the group who’s birth defect limp and cold demeanor paints him instantly as villain of sort. Though as we progress we learn that he is as much of tool to the cult like group as much as anyone else.

The film begins its usual round of warming up the audience which doesn’t tackle long to get to the main course. In this case the self proclaimed residents of the place are actually cannibals who eat to prolong their immortality. We never really truly learn how old they are but 1 does mention that the process will keep them functioning for a 1000 years.

Nicole is their latest meal which after being captured and tied to a table is disemboweled so that the old folks can feast on her innards… Cool eh? 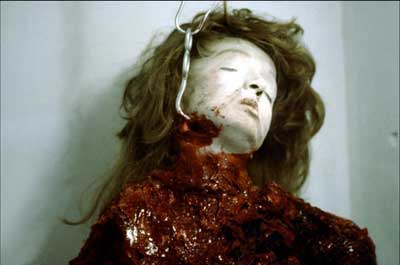 The movie has all the makings of early 80’s films but is reproduced for DVD back to a state that I’m guessing is better than the original. There is some dark humor to the group especially in the way they walk down the halls at night in union like a possessed mob. Though as you can guess early on the premise is built around a rather simple concept. A few plot surprises bring some interesting flair and really Isabelle Goguey keeps the screen alive with her detective-like digging. It’s a shame that her film career was short lived, as I would have liked to see where she is now.

I was slightly reminded of the 1977 film “The Sentinel” which also had a bit of old mob traits to it. Though its clear that NOD takes the gore a bit farther. 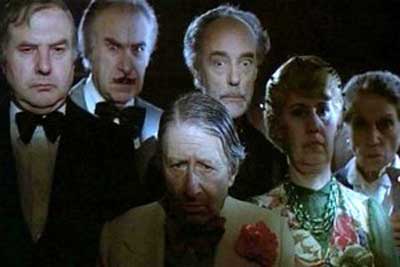 Night of Death was an enjoyable older film that exceeds by its odd moments and unexpected gore scenes. There’s a bit of nudity but not to the extent of most foreign films from this era. Regardless, the main actresses provide brief moments which is a highlight in itself. I often find enjoyment from the odd and offbeat and this one fits into that bill nicely. I think its worth a watch for its genuine nature. Though sadly the DVD doesn’t contain any extras beside the film itself.