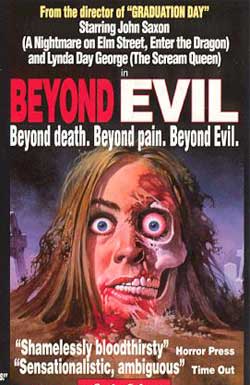 An architect and his wife moves into a house with a bloody past and a 100 year old ghost, who possesses the wife.

Sometimes there is nothing like a good haunted house movie. This subgenre is filled with classics and of course some not so classics. I think it would be safe to say that Beyond Evil falls somewhere in between. All of the elements are here, including a pretty cool backstory to the house. Warnings are given and ignored, and slowly but surely the body count rises to a satisfactory ending.

We all know the old adage, if it is too good to be true then it probably is. Someone needs to convince home buyers in horror movies this basic concept. Many a life would be saved but then of course we would have no movie. So on we go.

On a tropical island sits Casa Fortuna, or the house of good fortune. Don’t be fooled by the name, though, this mansion is anything but. One hundred years ago a lady named Alma Martin became the first mistress of the house, forced to marry her husband Esteban who was more interested in sleeping with other women. 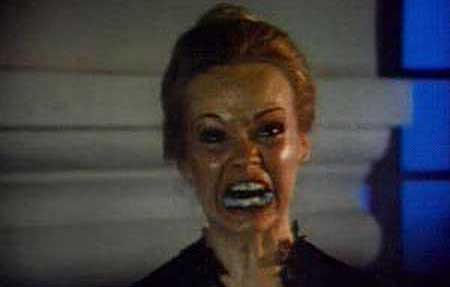 So she does what anyone would do and starts to practice black magic. There is even a rumor that she made a pact with the devil. Esteban tries to change his evil ways but it is only a ruse so that he can gain Alma’s trust and then murder her. Wouldn’t you know she comes back immediately and kills him. Yep, this house has some pretty bloody history.

The locals fear Casa Fortuna. They know the legends are real. One great scene has our main characters’ luggage and belongings being thrown through the front door by the delivery guys. Ain’t no one in town stepping one foot in this place. 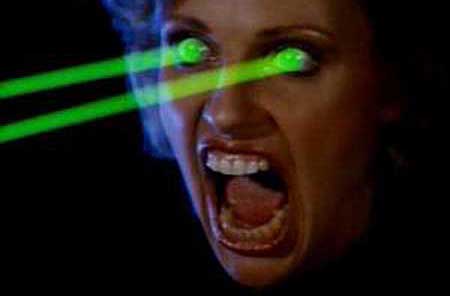 For Larry (played by the wonderful John Saxon) and Barbara Andrews, the house is perfect despite the flaw of it being haunted by a powerful and maniacal spirit. He has arrived here to not only settle down but to finish a construction project his friend and Barbara’s ex-flame Del Giorgio is involved in. Add to the mix the somewhat lecherous Doctor Frank Albanos, neighbors slash faith healers Doctor Solomon and his wife, and let’s not forget a three foot doll of Satan that always seems to turn up in weird spots in the house. Sounds like a great place to live, doesn’t it?

Of course all starts out well but when Barbara begins acting very strangely Larry isn’t sure what to do. Initially he doesn’t buy Doctor Solomon’s advice to get her out of the house. After all, Larry doesn’t believe in all of this “hocus pocus.” But it isn’t long before he starts to sing a different tune. Will he be too late to save his wife and those around him? 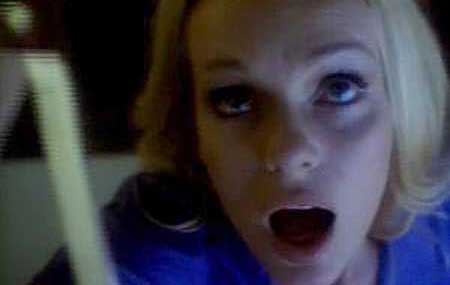 If you are a fan of eighties horror and also have a fondness for haunted house stories than you may want to check this out. It’s a decent movie but not without its faults. The special effects are very cheesy with lots of green laser beams being used by the possessed. Don’t ask. 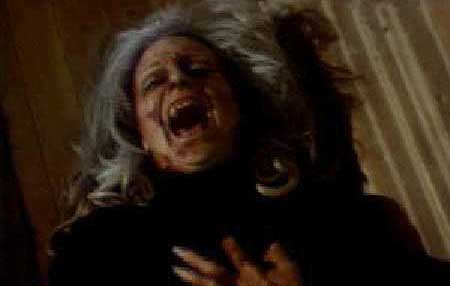 The acting is better than average but you do have a veteran cast here with John Saxon leading the way. He even gets to make a small karate move which made me want to watch Enter the Dragon again. The directing is not bad though the pace slows a little in the middle. Blood is present in small amounts but in haunted house movies that should be no surprise. The score is serviceable and you do get lots of cool demonic chants (which always add a bit of creepy atmosphere). 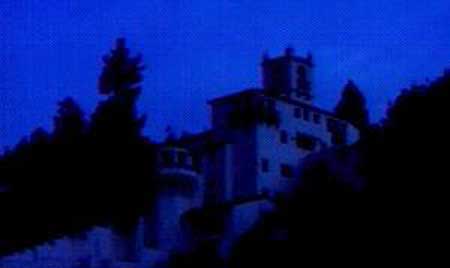 Overall Beyond Evil rates a rental but only with the stipulations mentioned above. Some will find this boring and cheesy. For me, it wasn’t too bad. I’ve sat through worse and there were parts of this I enjoyed, especially the ghost story as it relates to the haunted past of the house. In the end the message of these movies are always the same: Don’t buy a cheap mansion!