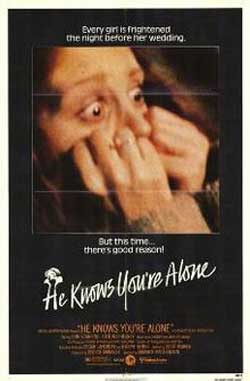 A crazed killer is going around murdering brides-to-be and anyone associated with them that are unlucky enough to get in his way. As he stalks his latest victim (a young lady named Amy who isn’t certain that she actually wants to go through with the wedding as she is having more than just a few doubts) the detective who is obsessed with the murders is hot on his trail. Will the detective be able to put an end to his killing spree or is Amy’s wedding about to be permanently cancelled?

I remember my mom watching this on television one night around Halloween when I was a kid. Both of us really liked it then, and after watching it again for the first time since then I can say that it holds up pretty well and it isn’t bad at all. It has an interesting, original premise, great characters, and a pretty decent body count (with one or two of the death scenes being pretty damn brutal). 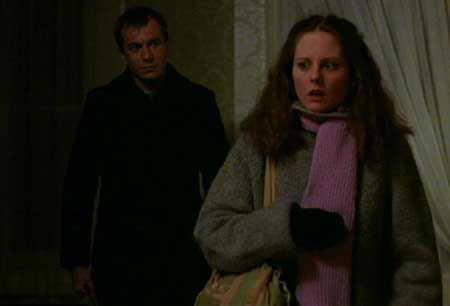 One of the things that really stands out about He Knows You’re Alone is the fact that it is very well-written. I like the killer’s reason for doing what he does (he was dumped by his significant other so he snaps and kills her on her wedding day) and I can’t help but wonder if Scott Parker (the screenwriter) wasn’t going through a nasty break up and wrote the script as a result. Yes, the killer go a little overboard by killing other brides who had nothing to do with his personal loss, but hey, you have to admit it is a pretty original reason for the killer to go out and kill people (besides that, I have known people to do dumber things to help them get over a break up). I also liked that the film has the character of Amy feeling unsure about marriage (due to the fact that she isn’t over her ex-who is still madly in love with her-and that the guy she is supposed to marry is a prick) which is something that happens to a lot of people who are about to get married. 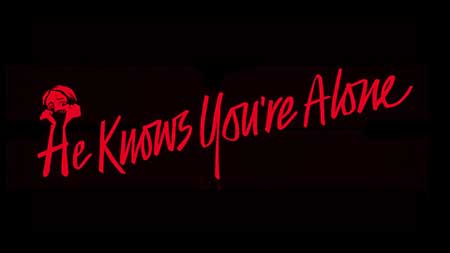 Her feelings and concerns about getting married are realistic and I think that anyone who has ever had second thoughts about entering a holy union with someone can relate to what she is going through as the day of the wedding gets closer and closer. 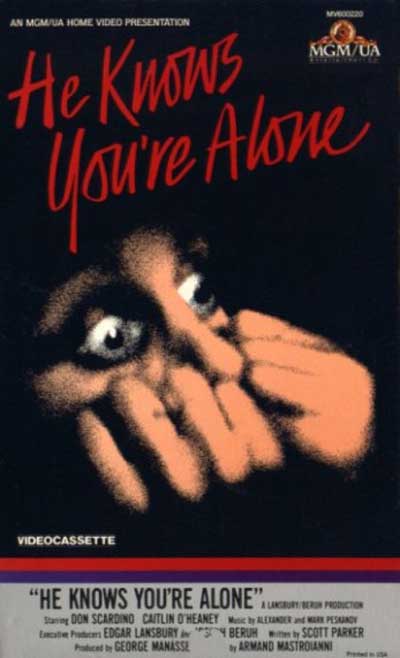 I thought that the majority of the characters from the movie were great too. Amy is just your good old fashioned girl-next-door and you just want her to survive her ordeal. She is a likable character and unlike some “final girls” from other horror films you really care about her and don’t want to see her get brutally murdered. I also liked the character of Marvin (her ex) who just seems like a genuinely nice guy (even if he comes off as a little stalker-like as he pursues her at times). 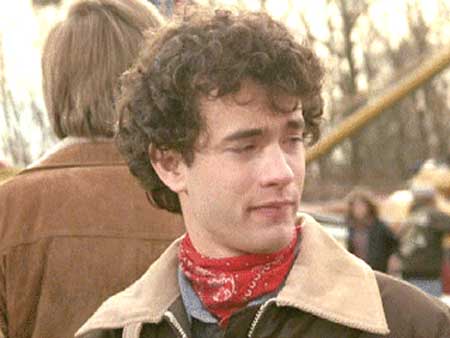 The killer is just a creepy dude in general and I think that Tom Rolfing is effective as Hell in the role. The guy just looks like he’s bat sh*t crazy and the fact that he doesn’t talk really makes the character intimidating. I think that my favorite character though was Amy’s roommate Nancy. There was just something about her stood out to me and I hate that she becomes one of the killer’s victims. At least we get to see her topless for a few seconds as she is very nice to look at. Still, she is a great character and I would have liked to have seen her alive and well at the end of the movie but the people responsible for the movie had other ideas. 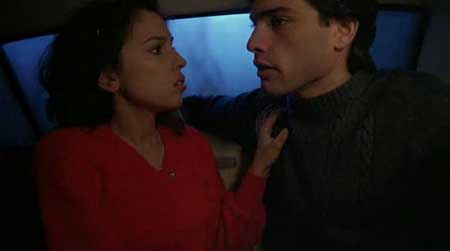 He Knows You’re Alone is a pretty well-known movie because it was Tom Hanks’ first film (he has a small part and doesn’t get a great deal of screen time) but don’t let that stop you from seeing it (sorry, I am not a Tom Hanks fan myself). It is a good movie that has a lot going for it and I think that most people would agree. If you haven’t seen it you should definitely check it out.