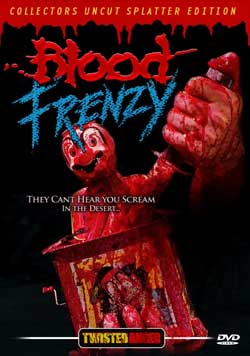 A psychiatrist takes a group of her patients (suffering from various mental problems) on a trip to the desert for special therapy. Unfortunately for them there is a killer running around in said desert and when everything is said and done none of them may make it back home alive.

I wanted to like Blood Frenzy. I really, really did. It starts out promising enough as we get the classic flashback scene involving a kid killing off her abusive, alcoholic loser of a father in a pretty gory fashion but things quickly go downhill from there. What could have been a fun little slasher about an unknown killer wiping out a group of therapy patients one-by-one instead becomes a boring, slow-moving film about a bunch of annoying and unlikable characters sitting around arguing and bitching and moaning for 90 minutes or so. The killer does show up eventually but he (or is it she?) doesn’t really do anything that spectacular as most of the death scenes-while bloody-are pretty redundant and just so-so for the most part. I vaguely remember seeing part of this film back in 1993 or so at a friend’s house but we didn’t finish it because we just couldn’t get into it and now all these years later I had a similar problem. 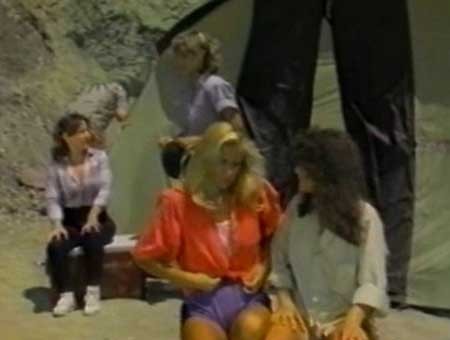 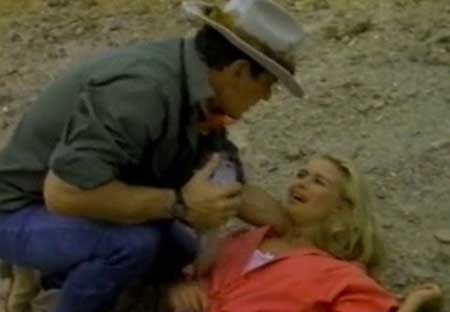 One of the reasons I wasn’t a fan of the movie was due to the fact that it is mind-numbingly boring for the most part. Aside from the cool opening scene nothing that amazing really happens for over half the film’s runtime. For a moment I forgot that I was actually watching what was supposed to be a slasher flick and when the killer does finally take the first victim out I was just at the point where I really didn’t even care anymore and was just eager for it to be over with. There are a lot of scenes-and I mean a lot-that are made up of people just sitting around talking and/or arguing. The basic formula for the film is as such: people talk/argue, eventually someone is killed by the unseen murderer stalking them, repeat over and over again as needed. In a lot of ways it was like the people behind it (which include p**n director Hal Freeman) weren’t even trying. It’s unfortunate because had the right people worked on it I think that it could have turned out to be a very good little slasher film. 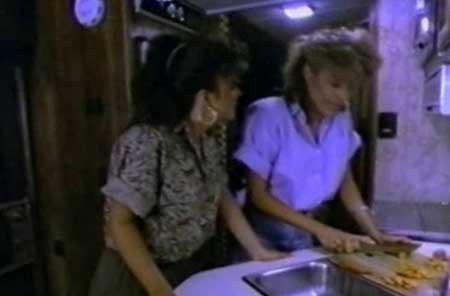 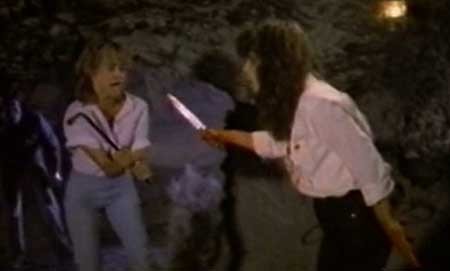 Did I mention that the death scenes were pretty lame? Don’t get me wrong, there are a lot of them and they are pretty gory for the most part, but like I said earlier they are all pretty much the same. Over half of them involve someone getting his or her throat slit and I was hoping for a little more variety. The effects themselves look pretty bad and even though they involve a great deal of blood (that looks pretty bad itself) I just wasn’t that impressed. I can understand that the people involved most likely didn’t have a great deal of money to spend on the film but at the same time I think that they could have at least tried something a little different when it came to killing someone instead of doing pretty much the same thing over and over again. I will admit though one death scene in particular-which featured someone being impaled through the chest- looked great and I wish that there had been more of these types of deaths in the movies as opposed to what we get because it would have made the movie at least a little more enjoyable. 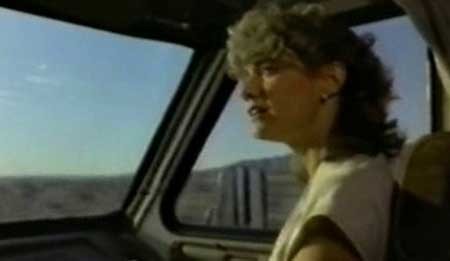 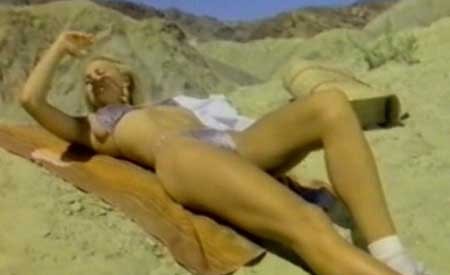 I didn’t really like any of the characters as the biggest majority of them were annoying and I just wanted them to die as soon as possible. While Dory (played by Lisa Loring who played the original Wednesday Addams from The Addams Family) was one of my least favorites as she does nothing but bitch and moan and act hateful toward the other characters she is nothing short of awesome compared to Crawford (John Clark) as he is one of the most unlikable characters to ever appear in a horror film (or any film for that matter). The rest of the characters are basically just forgettable cookie cutter stereotypes including the sexy nymphomaniac that tries to screw any guy she comes into contact with, the troubled Vietnam veteran haunted from his time in the war, and the chick that doesn’t like to be touched. All of them came off as unrealistic and unoriginal, and I had trouble caring about a single one of them. 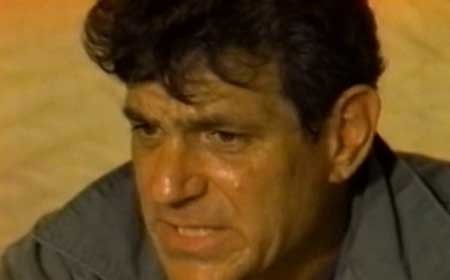 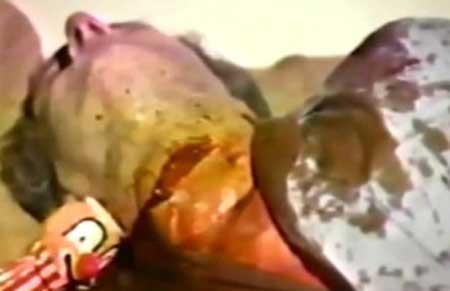 I didn’t really care for Blood Frenzy which is too bad because I went into it hoping to really like it. It did have some things going for it (the setting was a nice change and I actually dug the twist involving the killer as I didn’t see it coming) but in the end it just isn’t a very good movie in general for a number of reasons. I didn’t think that it was anything special overall and was bored most of the time that I spent with it, so my best advice would be to just skip it and watch some other 80’s slasher flick as you would be much better off in the long run.