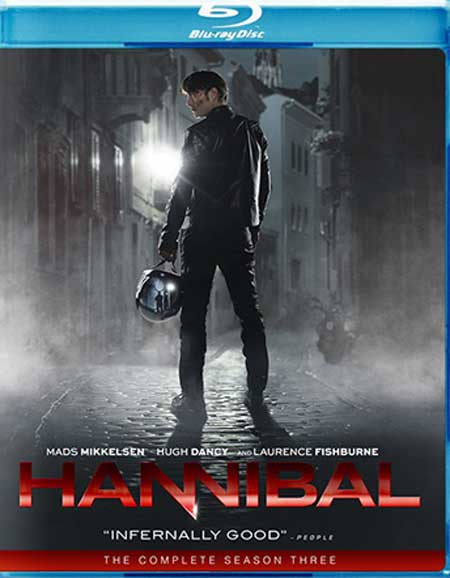 From the imaginative mind of Bryan Fuller (TV’s “Heroes” and “Pushing Daisies”) comes the final chapter of the smash hit series Hannibal: Season Three, keeping viewers’ spines tingling on Blu-ray (plus Digital HD) and DVD (plus Digital) December 8th from Lionsgate Home Entertainment. Based on the series of novels by Thomas Harris that sparked a cult following and major motion picture franchise, the deliciously dark and twisted series brings Hannibal Lecter’s chillingly genius insanity to life.

Hannibal (Mads Mikkelsen) is on the run in Europe — accompanied by his psychiatrist, Bedelia Du Maurier (Gillian Anderson) — sporting a new identity, but servicing the same insatiable appetite. As the lives of Will (Hugh Dancy) and Jack (Laurence Fishburne) converge toward Hannibal again, each with their own motivations to catch him once and for all, their deadly dance turns in startling and unexpected ways.

Hannibal: Season Three contains all 13 episodes and is loaded with special features that include select episode audio commentaries with the cast and crew, behind-the-scenes featurettes, webisodes, deleted scenes, and a gag reel. The Hannibal: Season Three Blu-ray and DVD will be available for the suggested retail price of $24.99 and $24.98, respectively. 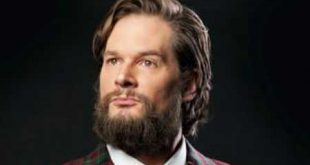