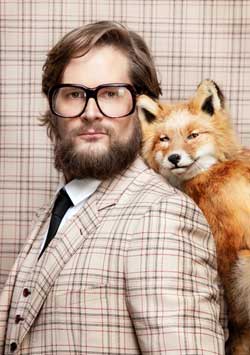 Writer, producer Bryan Fuller (“Hannibal” (2013), “Heroes” “Pushing Daisies”) Bryan Fuller is brilliant, talented and he gave us “Hannibal” as a TV series. This brilliant writer/creator took time to speak with me for a Horrornews.net exclusive. (Just a note: I could have talked to this man all day and all night. He is brilliant.)

Why did you decide to create a “Hannibal” series? Where did the idea manifest for you?

Bryan Fuller: For this adaptation, it all started with Thomas Harris and his novels and I was so fanatical about those pieces of literature. It became my own fanfiction for what I have read. What I wanted to see the characters do that was stated in certain terms of the book. In “Silence of the Lambs,” Hannibal suggest to Will that Will caught Hannibal because he is a lot like him and that felt like the beginnings of a beautiful friendship. That was the inspiration of it being so outside of society, finding somebody who makes you want to join in.

You almost fall in love with Hannibal a bit.

Bryan Fuller: He’s the devil so we should have an attraction to the devil.

What is the attraction and the fascination with Hannibal?

Bryan Fuller: One of the interesting attractions for Hannibal Lecter as a character since he eats the rude is that there is a part of all of us that thinks that we can safely sidle up to the beast and go unharmed because we don’t see ourselves as rude. 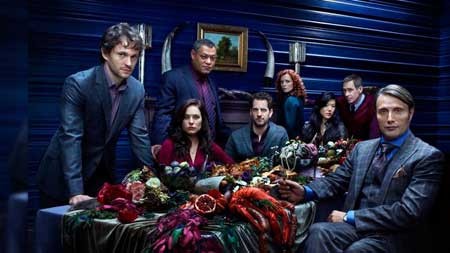 Do you actually watch the “Hannibal” series or do you not watch since you are writing and creating?

Bryan Fuller: I am such a fan of the literature and such a fan of all of these actors that I absolutely watch the show as a member of the audience. Once all my work on it is done, I am able to sit back and enjoy the storyline. That is a great testament to the caliber of actors on the show.

When you watch Mads, Hugh, Laurence Fishburne and all of these incredible actors portraying these characters. How does it make you feel watching the show?

Bryan Fuller: Well, I think because I love “Silence of The Lambs,” and I really think it’s a perfect movie and such an iconic performance. Part of the fun of reinventing or expanding Hannibal Lecter in a television series was to do something different with the character. I don’t think anybody could what Sir. Anthony Hopkins did better than how he did it. So then it would take a specific actor like Mads Mikkelsen to make the role his own and unique that’s not trying to be Anthony Hopkins in any way shape or form. A different interpretation of the character so as a fan of the character Hannibal Lecter I can thoroughly enjoy Anthony Hopkins performance and thoroughly enjoy Mads Mikkelsen’s performance and recognize them as two great interpretations of the character.

It is difficult to choose one episode that is a fan favorite? Do you have a personal favorite episode?

Bryan Fuller: A single episode is hard. There are so many moments throughout the show that I love. I think the story unfolds in my mind like a novel. The lines between episodes blur a little bit. I see it as one continuous story with Will Graham and Hannibal Lecter. That finale of the first season was pretty great. I loved the opening of season two. I loved the opening of season three, the finale of season two. I guess I am in the same situation. I can’t pick an absolute favorite. I do love the moment between Hannibal and Will where they embrace at the end of the third season. There is an acknowledgement of everything that Hannibal tried to reach out of Will Graham and Will Graham admitting that there was something there for Hannibal to dig out. 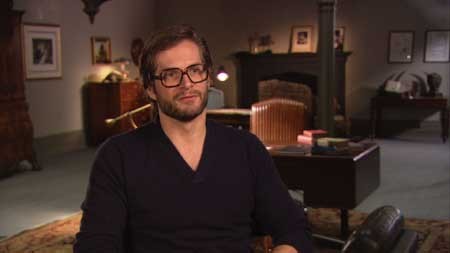 It almost felt like they were both helping each other and they understood one another. Do you feel as if that is where they were going?

Bryan Fuller: Yeah, I feel like he was on the journey to understanding Hannibal and accepting him for what he is since the beginning of season two. Once he knew definitively in mind that Hannibal Lecter was the Chesapeake Ripper and had done these horrible things. That kept on being reinforced with every new episode that Will’s journey was one of understanding, acceptance and forgiveness for something that is so alien to him but also surrendering to that fascination.

Where do you want to go with Season Four? Will there be a season four?

Bryan Fuller: The plan now is to allow the story to cool. I feel like we ended season three in a place that is a natural conclusion to this novel of the Hannibal story. A fourth season, hopefully we will be able to do in some kind of relaunch in a couple of years when things have shifted and the show has rested. It is almost taking a British approach where you see Sherlock have a three episode season and then a couple years, then more episodes. So in my mind I feel like “Hannibal” is on the back burner but it’s still on the stove. 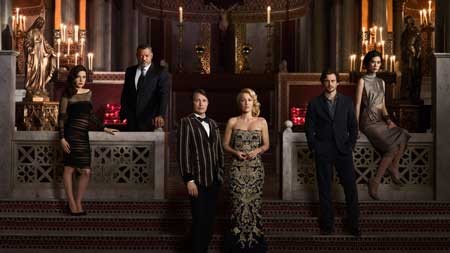 Now what would you say to the fans right now because so many people love the show.

Bryan Fuller: I would say, “all good things to those who wait.”

I think Hannibal would say the same thing.

Bryan Fuller: (laughs) It seems like something Hannibal would say.

What are you working on next? What upcoming projects do you have coming out?

Bryan Fuller: I am working with Michael Green on adapting Neil Gaiman’s “American Gods” for the Starz Network. We are about halfway through writing the first season. We go before camera in a few months. It’s exciting, it is another adaptation. It is such a different world than “Hannibal” that it’s exciting to do something that I wasn’t doing for the past three years on “Hannibal.” It is such a distinct voice from Neil’s voice. Neil’s voice and Neil’s storytelling is so distinct from Thomas Harris’. It is a nice palate cleanser.

Did you ever consider having Sir Hopkin’s guest star on “Hannibal?”

Bryan Fuller: We would have loved that but I don’t think Anthony Hopkins would be interested in returning to the Hannibal role in the same way that Jody Foster didn’t want to return to the Hannibal role. They feel they have done such iconic work within that they have done it. If Anthony Hopkins were open to it, we would have done it in a heartbeat. We got the impression back from representatives that it would never happen in a million years. 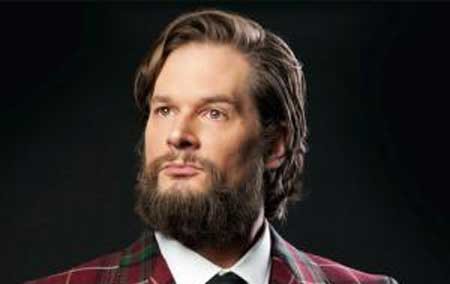 I think Mads does an amazing job portraying Hannibal.

Bryan Fuller: I agree, he is wonderful.

Do you have a favorite scene in “Silence of the Lambs?”

Bryan Fuller: My favorite scene is when Catherine (Brooke Smith) turns the tables on Buffalo Bill and gets Precious (the dog) and has a bargaining chip. That was probably my favorite moment. Because somebody that seems so hopeless and so helpless. In her circumstances was able to overcome and was taking steps to save her own ass and not just waiting to be rescued. I love the empowerment of that.

What advice would offer to writers, directors… everyone? What would say to people who want to have a long term career?

Bryan Fuller: I think you have to write what you want to watch. I think if you are writing something that you are trying to design for someone else to like that is not necessarily you’re demographic, it is a much harder road. What I enjoy about my work is that it’s all things that I wanted to see as an audience member so there’s part of me that understands what an audience wants to see in that respect.

What has been the most challenging show that you have written?

Bryan Fuller: “Dead Like Me,” because it was the first. Part of going down the road as a show creator/show runner is giving up so much of your life to the show that you are crafting. It can be a really insane job in terms of the hours and the expectations. It is not as though we’re curing cancer. You’re working very hard for entertainment but you’re also working very hard because you have the heart of a story teller and your heart needs to tell that story. Having done it and having got through the first one there is that element of I can get through the next one and I can get through the one after that and I get through the next season. I will survive. It may seem that there are creative challenges but all things are survivable.

Do you have any special rituals before you write?

Bryan Fuller: It depends on the type of scene. If I am writing a teary or emotional scene of any kind, I watch the last few minutes of the finale of “Six Feet Under” (He is just amazing!) and it is just an emotional head space that I’m able to access some things that I might not have been without it.