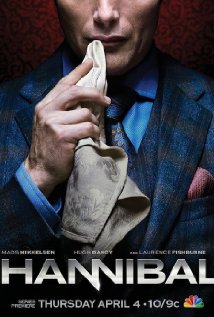 And so it begins, finally a series with some intellectual motive and diabolical intent. Called a dramatic psychological thriller, “Hannibal” borrows from the “Silence of the Lamb” franchise taking things further with a younger Dr. Hannibal Lecter. I wasn’t sure if I was ready for another serial killer series to take under wing with “Dexter” claiming territory for so long. However, it only took this first episode to fall in love with the series and its off killer approach to crime and serial killing.

In fact, Lecter isn’t the strangest lad in the room waiting till the 3rd act of episode 1 to make an appearance. Special Agent Will Graham played by actor Hugh Dancy is our opener character who despite being a college lecturer has some serious personal issues himself. Try socially awkwardness, a gifted brilliance wrapped up in a sense of “empathy” enabling him to look into the killer mind and reenact their intent. He’s no Frank Black from Millennium, but he is a new induction that emanates a quirkiness that even exceeds the killers he is trying to profile. Brought into the game by Agent Jack Crawford (Laurence Fishburne ) Graham is our protagonist with an attitude.

You really have to pay attention in this debut episode as the characters darkness and their roles see to get a bit blurry. For one, Hannibal is a psychiatrist that is called in to help profile the serial killer (of this week). Actor Mads Mikkelsen is our Hannibal Lecter who exudes a brilliance himself that even challenges (or exceeds) that of Graham. The 2 of course butt heads slightly but under the direction of working team that could easily work out their intellectual difference. Mads Mikkelsen is a perfect pick for this iconic role that will easily gain the respect of the franchise’s followers. 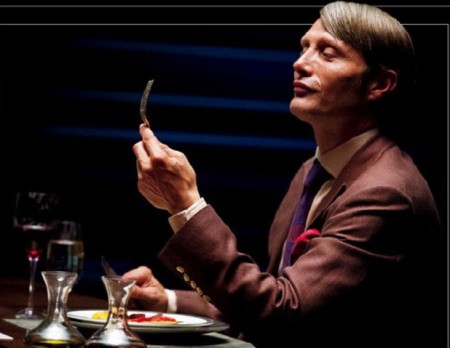 Beyond this different angle of the first episode lurks the reality that Hannibal is only a moment away from becoming the bad man that we anticipate. His taste for eating others is hinted only thru his love for cooking and some breakaway scenes that show him preparing some fresh parts for dining.

The series is off to a great start written with a clever way of intermingling the characters. It can only get better as things get worst paving the way for a great season of crime, violence, horror and psychological flip flopping. Hannibal is a win!