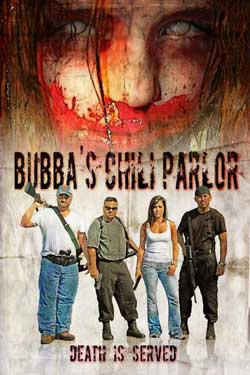 An homage to the 70’s B-movie Drive In theater experience, including fake intermissions and commercials. The film itself is zombie horror: Bubba’s Chili Parlor, a restaurant in rural Texas, becomes ground zero for a worldwide zombie epidemic after Bubba unwittingly serves chili infected with a mutated strain of Mad Cow Disease.

In 2005, a short film that went through several titles was made by the same filmmakers. Then in 2008, a feature length version was made of the same story. This version was directed by Joey Evans, and written by him and Chris Daly. Unfortunately, in spite of my best efforts I could not find the original short and the film’s website appears to be no longer operating.

BUBBA’S CHILI PARLOR is an indie zombie film shot entirely on location in Texas. Now, I make no secret about how much I love a low-rent zombie film. I’ve worked on several, even wrote and directed my own. There’s just something about zombies that never ceases to amuse me. 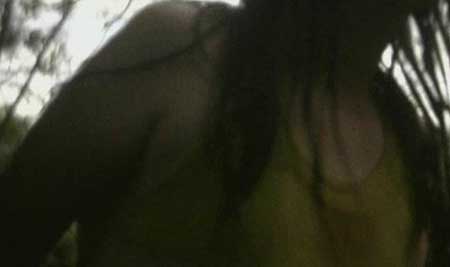 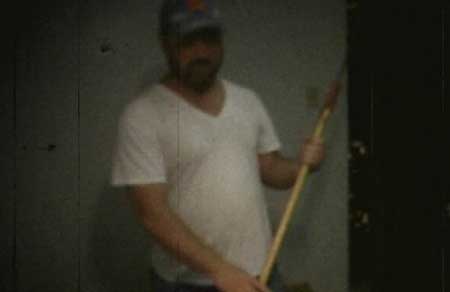 Before the film even gets started, we have a vintage-style drive-in theater opening. A bunch of short animations, most notable being a modified vintage commercial for breakfast cereal that is now an advertisement for Bubba’s world famous chili. Throughout the film, we have a few of these commercial breaks. The film itself is rendered in a grindhouse “shot on 35mm” style, complete with cigarette burns, damaged film, and scene missing edits. The sound mix leaves a bit to be desired, but I am going on the assumption that was also intentional.

Our story opens with a young couple (Tristan Vaughn, Camille Rocha) driving through Texas on their way to a lakeside vacation. On the way, they decide to stop at the eponymous roadside cafe for a snack and a few beers.

To be honest, the first 15 minutes or so of the actual film could have been bypassed and the story could have started right here instead. Here we meet Bubba (S. Mike Davis), his pretty worthless cashier Jamie (Adrienne Gibson), her way-too-smart-for-her-own-good daughter Ashley (Audrey Elizabeth Evans) and two of the best back-country rubes I’ve seen a while, Jimbob and Fred (Pineapple, Ruben Gonzalez).

Ashley is a precocious and intelligent little girl, definately light years ahead of her less-than intelligent mother. In fact, it seems Bubba is far more a parental figure to Ashley than mom has ever been. As she does her homework, Ashley explains to Bubba the deeper meaning behind the classic novel, “Lord of the Flies”. If you haven’t read it, you might want to before watching the film, as it features prominately in the story.

Things really get going when Bill (Wild Bill Wood, my latest nominee for “best name ever”) turns up with some discount meat to sell. He tells Bubba it came from a government research facility from genetically altered cows. Bubba isn’t so sure, but Bill says the local market already bought a bunch so it must be ok. So Bubba decides to buy the meat and cooks up a huge batch of his world famous chili. 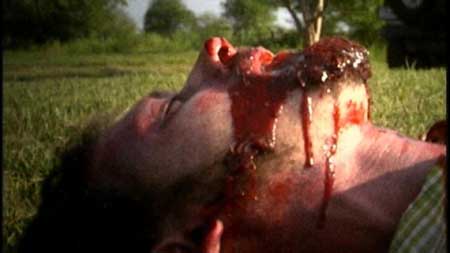 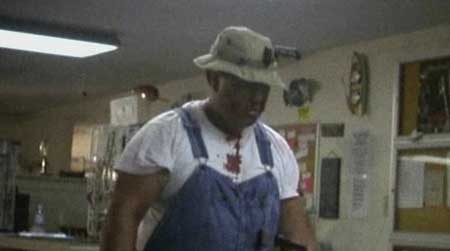 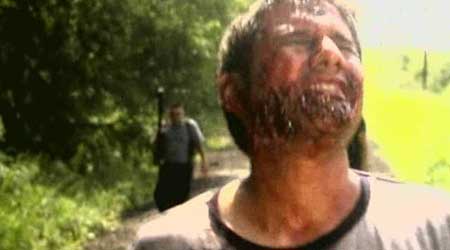 Well, I don’t really need to tell you what happens next, right? This story has Mad Cow Disease as the root of the zombie outbreak. Every person who eats Bubba’s chili turns into a zombie. Trapped in the restaurant but armed to the teeth (this is Texas, after all), Bubba and the gang have to find a way to stay alive and get the heck out of there.

A few other characters come into play during the outbreak. We have two survivalists, Peter and Rod (Bradley Maroney, Ramie Mercado), who find their way to the restaurant to help Bubba and his people out. There is also a drunken sheriff, who happens to be Bubba’s brother-in-law.

The gore is all practical, created by William Spataro and Edward Stites. Some of it is better than others, but on the whole there’s a lot of goo in this film. We have gun shots, severed body parts, heads a-poppin, all the juicy goodness one expects in a zombie film. 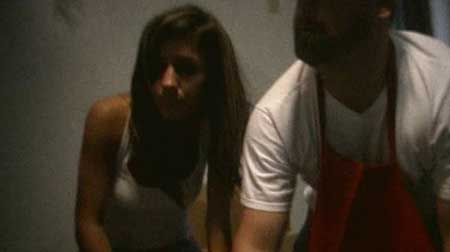 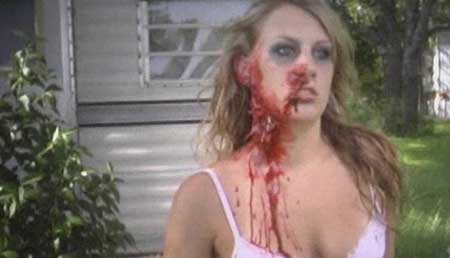 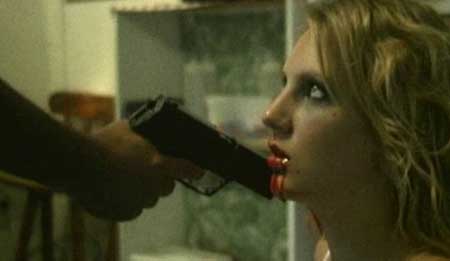 I should also point out that like most indie films, everybody seems to be wearing many hats. Bradley Maroney is also the score composer. Ruben Rodriquez is also the caterer. And most of the main cast, including Ruben, Bill Wood, and S. Mike Davis are also producers. Adorable little Audrey is, in fact, the director’s daughter. Fun fact – she wrote and starred in her own horror short when she only 6 years old, directed by her dad.

This is my kind of film, folks. People making movies cause they want to, and cause they CAN. Is it the best film ever made? No, but that’s not important. Even though the story does have a misogynist bend, I choose not to worry about that. It’s fun, it’s messy, and it’s a damn good time.

On a scale of one to ten, ten being awesome, I’m giving this film 7 chili bowls.