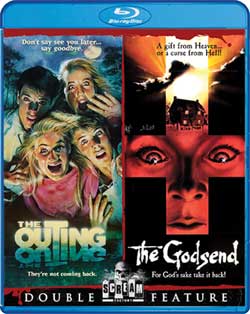 An ancient genie is released from a lamp when thieves ransack an old woman’s house. They are killed and the lamp is moved to a museum to be studied. The curator’s daughter is soon possessed by the genie and invites her friends to spend the night at the museum, along with some uninvited guests. The genie kills them off in an attempt to fulfill her ultimate wish.

Yes, the concept of a murderous djinn has real appeal. There is promise there, something to nurture and grow into something terrifying and awe inspiring… Or it could blaze the trail for other lack-luster films to follow in its wake (like Leprechaun). One can probably guess which direction this film takes. 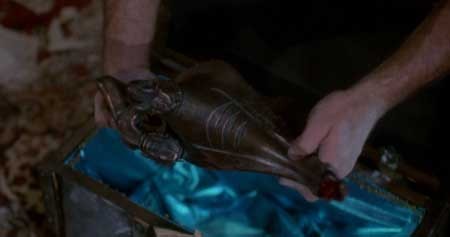 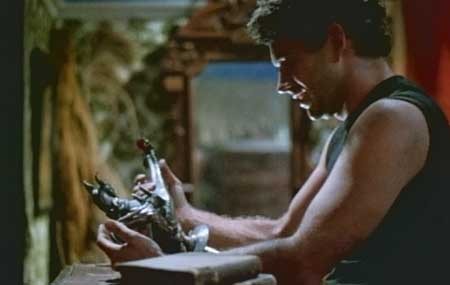 The movie opens with real promise, a sailing ship off the coast of Galveston, TX in 1893. The entire opening scene is moody and evocative of Italian horror at its best. With that European approach to subtlety we see only the shadow of the djinn and a massive spray of blood. The monster is kept in our mind’s eye, the blood hints at the damage it has inflicted. A magical bracelet shimmers, implying that perhaps they who wear it can control the spirit. Everything is fantastic.

Jump to modern day. You’d think that in a movie of this nature the suspension of disbelief would revolve around the supernatural entity, but the greater challenge is trying to believe the human characters on the screen. They are all so poorly written that it is impossible to believe them or empathize with them.

Immediately, the production quality plummets. Gone is the dark, atmospheric set of the opening. Now there are three people in a beat up van planning on robbing an old woman’s home. Of course, they are carrying an axe in case she resists. The old woman, as expected, is the sole survivor of the opening scene. Barely able to even stand she is, of course, killed by an axe to the head. The level of sociopathy expressed by the trio of home invaders isn’t even remotely believable. The burglars do find the lamp and the lamp? That prop deserves to be in a much better movie. It is the anchor on which any hope for this movie rests. 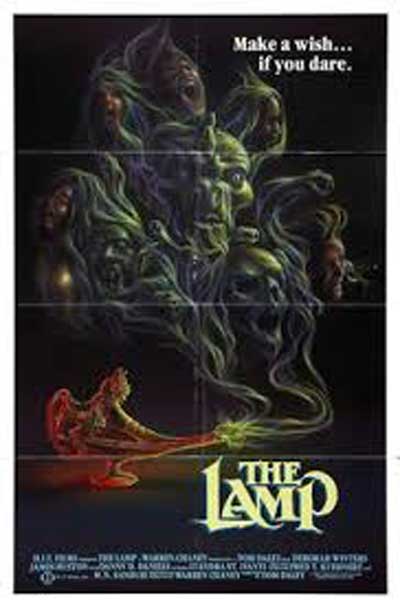 Of course, the hapless killer sits and watches, dumbfounded, as the lamp’s stopper slowly revolves of its own power. The Djinn reanimates the woman’s corpse and, with the double-headed axe still jutting from her forehead, head-butts her killer to death. We can award some real points for creativity and originality there. This moment had me squarely on the side of the film’s antagonist. From there the genie turns to smoke to hunt down the other two burglars. They are, of course, a couple and are playing grab-ass in the dead woman’s pool. They both die quickly and horribly, providing the film an excuse for the first showing of bare breasts at the 14 minute mark. Is it necessary? No. Is it indicative of a cheap movie from the 80’s? Most definitely.

The next morning the police and coroner are at the house in a bizarre scene that serves only to waste time. A detective dressed like something from Miami vice chews up the screen and says nothing of importance. But it confirms that the woman is dead and that this is a crime scene filled with evidence, which inexplicably is sent directly to the Museum of Natural Science to be catalogued as part of the museum collection. Yup, apparently murder is an exception to inheritance and probate laws in Texas. 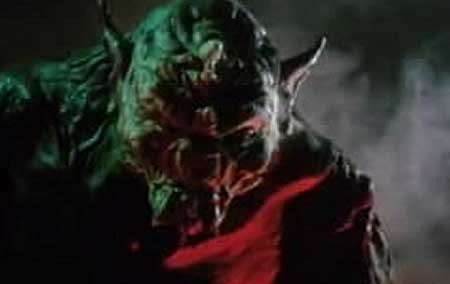 We are treated to the Djinn-eye view through the gemstone stopper as it looks out at the three people in the office where it is being catalogued. Of course those three people include the curator and his daughter Alex who, in a fit of pique, says “Sometimes I wish you were dead” (in case anyone had forgotten that this was a movie about an evil genie). The daughter catches sight of the sparkling bracelet and, of course, slips it on only to find that she cannot remove it.

Now introduced to our central protagonist, we get a glimpse of her regular home life with her father. Everything plays out fairly normal at home, save for an undercurrent about the lamp that seems self aware of anyone’s attention. Cartoons in the background play animated genies until the curator comes into the room and then, suddenly, the news. The djinn flexes here a bit, expanding its reach in what could be a creepy set up for a great payoff. Of course, this being the Outing, that isn’t going to happen. We meet Alex’s boyfriend, Ted, and then are introduced to her ex-boyfriend in short order. 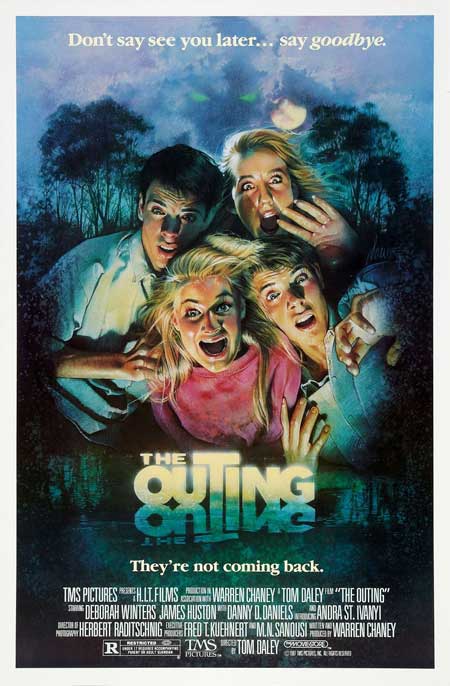 If the home invasion during this film was carried out by sociopaths, one cannot even find words to describe Alex’s ex-boyfriend. In broad daylight he repeatedly rams the back of Ted’s car only to be pulled over and arrested. We next see him in the hallways of the school a mere hour or so later when he beats up Alex in the hallways and pulls a knife on Ted. We see him dragged off again, shouting that his father is rich and they cannot do anything to him. Now, why a pleasant girl like Alex would ever have dated this foaming at the mouth nut-case is never explained, but we haven’t seen the last of him. He returns later in the film like some sort of evil wanna-be Patrick Swayze for a bit of rape and murder fun. Seriously, the djinn is the danger?

Eventually the film heads to the titular outing, a fieldtrip to the museum. Alex and her friends decide to stay in the museum overnight. Alex has second thoughts about this but is then conveniently possessed by the djinn and the film then descends straight into standard 80’s teens trapped with a monster territory only not doing it as well as other films of the genre (such as the Unnamable). Of course there is an opera-singing security guard, in case things weren’t feeling disjointed enough already. When he gets impaled the continuity from one shot to another is as laughably bad as he is distracting. 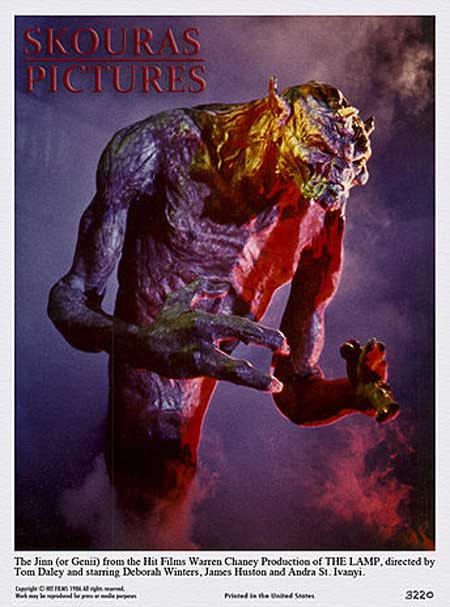 That isn’t to say that some of the deaths aren’t inspired. The death by reanimated snake specimens is particularly memorable and the snakebites look exceptionally real but, for the most part, they feel sloppy and ill-thought out and poorly executed. This is in keeping with the film’s cinematography that goes from a sunny day, to a stormy afternoon with no warning, to an afternoon sun, and from a museum to heavy woods, all without any real explanatory transitions.

When we finally see the djinn, it is a real letdown. For all the foreshadowing, there is just no way that the special effects of this low-budget film could ever live up to things. The physical creature is obviously placed on a wheeled cart so it can be shot chasing Alex and company down the hallways of the museum. It is comically bad.

Finally, mercifully, the movie ends. There was real promise here, but whatever happened between the writing and filming of the opening scene and the rest of the movie is a real mystery. This had a great start and real promise only to have that explode in a font of horrible dialogue, unbelievable characters, and bad effects. The cherry on top is the return of the dead opera-singing guard to take a bow at the end of the credits. Yeah, the entire movie makes about that much sense.

One out of five stars.