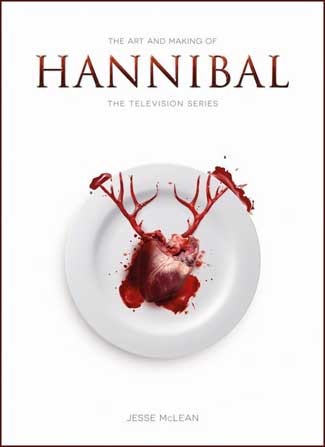 What could be more exciting than hearing about this dynamically dark and philosophical show returning for a season 3? How about….a full color “art and making of” book that gives us die-hards a much more insightful view into the world of Hannibal. Add to that the fact that it hails under the publishing house of Titan Books…and well, you’ve got quite a treat.

As treats go, the book features an embossed bloody heart sitting tastefully on a white plate bearing a gloss finish (covering the heart). In addition, the book’s back cover presents an “almost invisible silhouette” of the Hannibal-horned creature as it proclaims “Eat the Rude”. The Book is authored by Jesse McLean who surely knows how to deliver the kind of material we’ve been rearing to dig our little hands into. Welcome to the publishing of “The art and Making of Hannibal, The Television series”

Those who follow this tasty little evil infused program have witnessed quite a few intricately dark props gracing the screen. So much in fact, that it’s hard to believe that this TV program wasn’t just courted off to film directly. Though with said, we would never get the amount of detail and psychology that comes with each episode. The book begins with introducing us to the world of Hannibal and the beginnings when it was just an inspired idea waiting to blossom. Our main actor Mads Mikkelsen is chosen to be the new (or younger for that matter) Hannibal who we meet over the course of 2 seasons as quite an interesting and dynamic character. His protagonist counterpart is played by Hugh Grant, an equally inspired character who fits the ying and yang formula (that so many other show have failed at) perfectly.

The book does a really great job of isolating and chapterizing each of the notable death scenes that Hannibal orchestrated thru-out the series. Those who follow the story and each episode know that they provide the show’s core darkness defining the twisted and creative genius of that Hannibal, the ultimate artisan madman.

The book features tons of stills and behind the scene photographs taking us deeper into the level of artistry that went into making this television masterpiece. My first intuition was to just quickly flip thru the pages to catch glimpse of the tasty horror props created for the show. In review, the props don’t have any less of an impact seeing them in print than seeing them on TV….they are simply damn nasty and beautiful.

We are told about Hannibal’s distinctive yet specific line of wardrobe meticulously picked out down to the fabrics and color tones. This trend is a mainstay that defines every portion of this program down to the elaborately prepared meals.

We get to know the production and its main characters. Though make no mistake, this book has a chapter devoted to each of the nasty death props used in the series. Unique and deathly macabre as the props may be, we are presented the death scenes  bearing distant titles. “The Copycat”, “The Glasgow smile”, “Eye of God”, “Bee Man”, “The Tree of life and Death” and “Mushrooms”…just to name a few. All are presented in  full color photographs bearing pictures, drawings, and text that details each scene and its production challenges. Though as gruesome as they are, it was the “totem” that really struck fans as a form of screen macabre they had never seen before. “Totem” is also presented in full color with its production drawings that inspired this bizarre death sculpture. 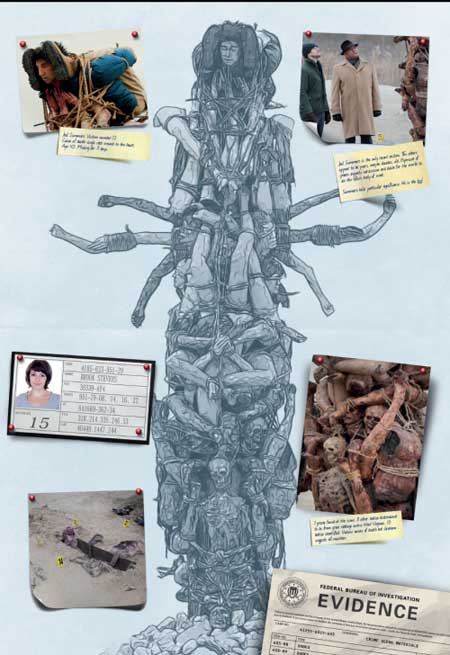 The art and Making of Hannibal, The Television series is really a greatly comprehensive release that fills the gaps while answering a few questions. You the reader are absolutely brought into this sick and twisted circus of cruelty, finesse, style, and sophistication that undoubtedly is one of the most original TV programs of our generation. Now you can own a bit of the darkness in the form of this stylish book release 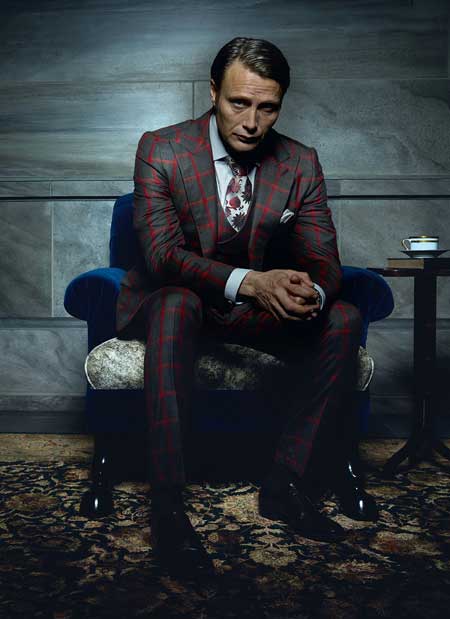 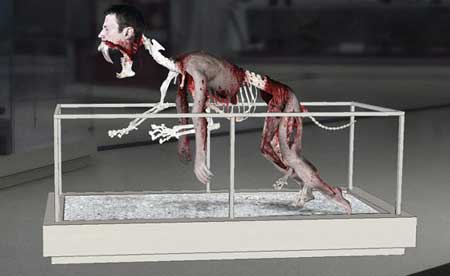