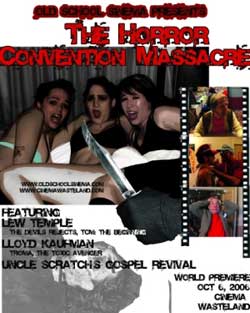 A crazed killer takes out a bunch of unsuspecting victims at a horror film convention.

love horror conventions and have been to a lot of them over the past 15 years or so. One of my favorites is without a doubt Cinema Wasteland that is held twice a year in Strongsville, Ohio and it just so happens that it is where The Horror Convention Massacre was filmed. I thought that it was an awesome little low-budget movie and I had an absolute blast watching it. It was fun, had some creative death scenes (as well as some above average special effects considering the low budget) and unlike most horror comedies it was actually funny for the most part. I really dug this movie and thought that it was just an all around good time.

One of the things that I really liked about the film was its premise. I thought that it was pretty original and have always wondered why no one had ever set a horror film at a horror convention as it seems like the perfect place to do so. It is without a doubt an interesting concept and it works on several levels if you ask me. I had a great time watching the killer take out a number of different types of convention goers and it is pretty obvious that the people responsible for the film have attended a lot of these conventions and know what type of people go to them. I found the premise to be quite entertaining and if you enjoy horror conventions as much as I do you will get some of the humor of the movie more than others will. 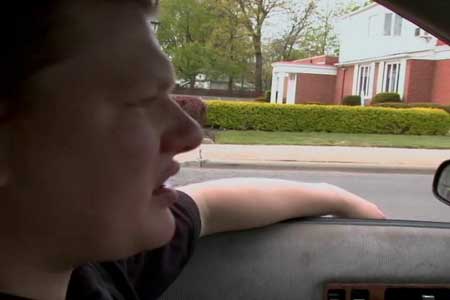 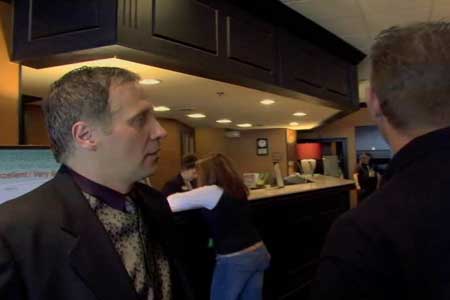 I also really enjoyed the fact that the movie boasts an impressive body count and pretty much all of the murders were fun and creative. We get some pretty interesting death scenes and the highlights include a screwdriver through the head, a sliced-up eyeball, death via guitar and drumstick, and a pretty graphic scene that involves a fat guy having his stomach cut open and his intestines pulled out. I thought that the film had a nice 80’s slasher feel to it and a lot of these death scenes are similar to the ones that have appeared in countless slasher flicks from that time period (and I definitely approve). In addition to the death scenes being a blast to watch I have to admit that they looked great too. I was very impressed with the effects and thought that they looked better than a lot of the effects that have appeared in other horror films that I have seen lately that boasted a much larger budget. Joseph Shaw-who did the special make up effects-is a very talented guy and I think that he knocked it out of the park as his effects kicked all sorts of ass. If you’re looking for a great low budget flick that has some awesome death scenes that look excellent then you can’t go wrong with this film.

I also have to admit that the film is actually pretty funny too. Unlike most horror comedies out there this film doesn’t rely on dick and fart jokes and as a result it is genuinely funny for the most part. There were a few times that I actually laughed out loud while I was watching it which is weird because that isn’t something that happens very often when I watch these types of films. As most of you know I am not a very big fan of the horror/comedy hybrids but The Horror Convention Massacre is definitely an exception. It doesn’t take itself too seriously and I think that is part of the reason that it is so good and why I liked it so much. It’s a great brainless little film that doesn’t try too hard to be funny and as a result it doesn’t come off as stupid or obnoxious like similar films that I’ve seen. 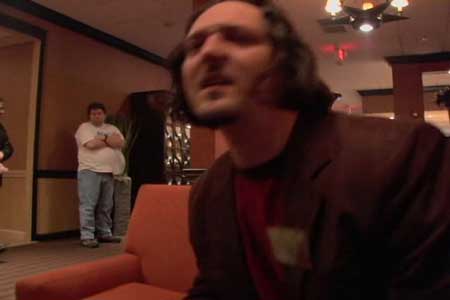 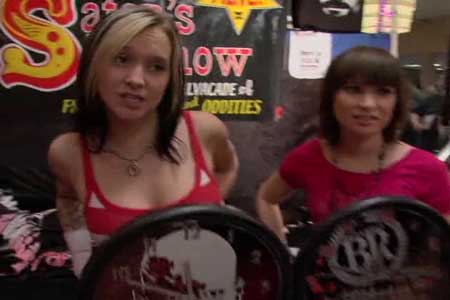 The only real downside to the movie is its ending. The film just sort of grinds to a halt at one point and it is almost like the filmmakers just ran out of time to shoot it and just ended it right in the middle of everything. Even though we see the killer we never really know anything about him. What is his name? Why does he feel the need to kill off the people at the convention? I was waiting for these questions to be answered but unfortunately enough they aren’t. I also wasn’t very satisfied with what happens to the main character at the end either. We follow him around for the whole movie as he has what is probably like the worst day ever (think of Dante Hicks from Clerks and you’ll get the picture) and I kept thinking that something important was going to happen to him to turn his day around but it just isn’t to be. I thought that the last scene he was in seemed a little rushed and his fate was pretty lame for the most part. There is a sequel to the film (which I haven’t seen yet unfortunately) so I am hoping that these lingering questions are addressed in it and that Aaron makes an appearance as I just didn’t like how his story came to an end in this film. 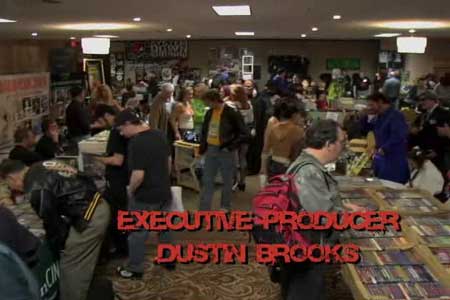 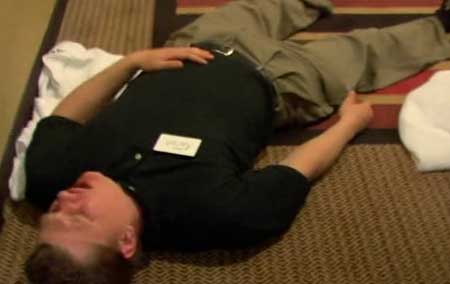 Overall I loved The Horror Convention Massacre. Yes, it’s a little corny at times and the acting leaves a lot to be desired but I still had a good time with it. In addition to all the blood and full frontal female nudity (and there is quite a bit of both) be on the lookout for cameos by Lew Temple, Ari Lehman, and the always awesome Lloyd Kaufman (who has a great scene where he plays a member of management at the hotel where the convention is being held). I haven’t been to Cinema Wasteland in several years and after seeing this movie I really feel the need to go back again soon as I always had a drunken blast there back in the day. Check this movie out if you’re in the mood for a fun, brainless film you don’t have to think too hard about, I think you will enjoy it as much as I did.