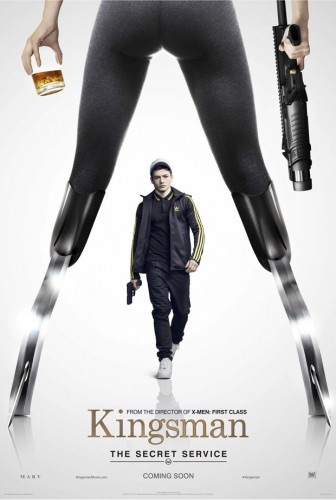 A spy organization recruits an unrefined, but promising street kid into the agency’s ultra-competitive training program just as a global threat emerges from a twisted tech genius.

Director Matthew Vaughn continues to weave his magical and highly entertaining touch in his translating comic book properties from page to screen with his latest bombastic blast, Kingsman The Secret Service. Following on the heels of Neil Gaiman’s Stardust (2007), followed by Millar’s Kick-Ass (2010) and Marvel’s X-Men: First Class (2011), Vaughn turns his attention to Mark Millar’s and Dave Gibbon’s spy spoof bringing to the screen the best Bond spoof ever, injecting fun back into the genre that has been replaced with deadly serious action. Roger Moore fans rejoice. This mix of wit and reverence is never more evident when young spy-in-training Eggsy (Taron Egerton) names his dog JB. James Bond? No. Jason Bourne? No. Jack Bauer? Yup. Teaming up with screenwriter Jane Goldman once again, Vaughn creates an instant classic and one of the seasons best films. A better time in the theater is hard to find, at least until this coming May.

The story behind Kingsman The Secret Service begins with a back story where Harry Hart (Colin Firth), code name Galahad, loses his brave spy-in-training during a mission. Harry consoles the family of his lost friend handing his young son, Gary “Eggsy” Unwin, a special gift that will allow him to cash in on Harry’s debt to the Unwin family. Years later, Eggsy grows into a street thug dealing with a broken family and a failed young life leading to petty crimes. Facing time for stealing a car, he cashes in on Harry’s promise and is soon introduced to the world of the Kingman Secret Service. Harry and Eggsy bond resulting in Harry picking Eggsy to be his candidate to replace his fallen spy, Lancelot. Enter Billionaire Valentine (Samuel L. Jackson) who has an over-the-top plan to cure the world of its collision course with certain doom by culling the population.

Kingsman The Secret Service is the perfect combination of spoof and story as it both takes its subject matter seriously and pokes delicious fun at it simultaneously. Sometimes dry, sometimes naughty, sometimes pure satire, the comedy in the film is smart, witty and often outrageous. At the same time, the film is one of the best spy films this side of 007. The film is imaginative precisely where it needs to be and toys with stereotypes in just the right places and on every perfect sublime note. Few films are this well balanced in tone, action and comedy. The film has fun with modern political pitfalls as it exposes who falls for Valentine’s scheme throughout the world detonating every preconceived notion in glorious Technicolor mushroom clouds. It is also delightfully self aware calling out the very genre it revels in and spoofs. Kingsman The Secret Service is 2015’s definition of entertainment.

Colin Firth takes a break from his more serious King George VI type roles to breath life into Harry Hart. He is extraordinary giving Harry the British gentleman air with just a hint of punk hiding under the suit. His action scenes are show stopping fantastic as Vaughn and his team provide the character a ballet of choreography Bond could never pull off. New face, Taron Egerton makes for a palatable Eggsy. He carries the underprivileged attitude and views effortlessly into the world of espionage. He is the perfect conduit into this world, the James-Bond-Wannabe in every audience member. He is handsome, funny and just a little bit dangerous, with a little bit of 50 Shades of Gray in him. Samuel L. Jackson looks like he is having fun again with Valentine entirely invested in the role and the characters idiosyncrasies from his speech impediment to his aversion to blood. Hilarious stuff. The rest of the cast is spot on as well, not a lemon in the group. Mark Hamill is a joy. Mark Strong and Sophie Cookson brilliantly support Firth and Egerton. Sofia Boutella makes a star turning GoGo Yubari impression as Valentine’s gifted henchman, Gazelle. It is an incredible cast.

The action in Kingsman The Secret Service is beautifully choreographed and filmed, it dances across the screen with energy and synergy. Vaughn accents the action with slow motion, comedic spins, witty gadgets and often gory inserts of splatter. Harry uses his umbrella early on to defeat a group of thugs in a local bar. Gazelle bounces around on her prosthetic limbs like a deadly mix between a gymnast and samurai. Eggsy and Roxy deal with only having one parachute as they spiral downward. The action is inventive and exhilarating but never exhausting. It is ever classy.

Matthew Vaughn is at the top of his game with Kingsman The Secret Service being a near masterpiece of entertainment. Along with Joss Whedon, no one understands how to bring this kind of source material to the big screen in this fashion and no one does it more consistently. The film is witty, smart, irreverent and superb, the unachievable perfect balance. The film’s choreography is apparent in its action, its dialog and its casting. Colin Firth is as enjoyable here as he is in any Oscar bait film providing Harry Hart with more heart than any Bond, Bourne or Bauer. Samuel L. Jackson is pure relish and Sofia Boutella at his side is pure gold. Kingsman The Secret Service should not be missed. 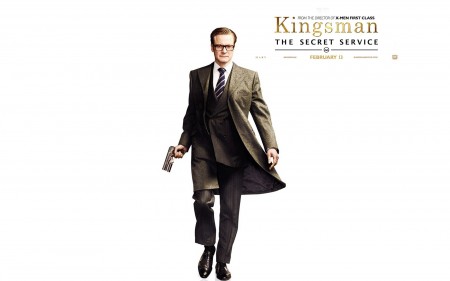