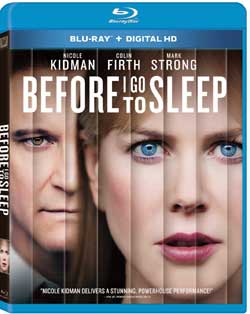 A woman wakes up every day, remembering nothing as a result of a traumatic accident in her past. One day, new terrifying truths emerge that force her to question everyone around her.

Within five minutes of Before I Go to Sleep starting, it sets up its stall and asks you to buy into what it’s selling. You can either indulge or you can go and see what else is on the market.

Every morning Christine Lucas (Nicole Kidman) wakes up in an unfamiliar bed, in an unfamiliar house, next to an unfamiliar man. Even more shocking for her is discovering she is no longer in her early twenties and is actually fast approaching her mid-forties. The house and bed are hers, the man in the bed, as he patiently points out, is her husband Ben, played by Colin Firth (Kingsman: The Secret Service) Having been the victim of a horrific car accident 10 years previously, Christine suffers from a form of amnesia wherein her mind resets overnight, meaning she remembers nothing of the last 20 odd years.

However, this is not simply a drama ala Michael Haneke’s Amour where a couple’s love is tested by the suffering one of them is experiencing. In fact, Ben seems to have everything under control, painting the walls with photographs of fond memories and leaving a whiteboard in the kitchen that tells Christine all the important stuff she need to know. The conflict comes when soon after Ben leaves for work, Christine is contacted over the phone by the equally calm and equally patient Dr Nasch (Mark Strong) who claims to be helping her with her amnesia behind Ben’s back.

From this point on, director Rowan Joffé (Brighton Rock) weaves together a Hitchcockian thriller, as we follow Christine to her clandestine meetings with the good Doctor, all the while keeping them secret from her loving husband. Is Dr Nasch really trying to help, or is there an ulterior motive? With each new day, we, along with Christine learn something more about her life only to watch the information slip from her grasp as soon as she goes to bed. It can be frustrating to watch as she goes through the routine of assimilating to her peculiar life.

Now, lets us be straight with other. Before I Go to Sleep’s entire narrative hangs upon an absurd premise. But then Christopher Nolan’s Memento has an equally absurd memory based narrative. It’s all about the execution and Before I Go to Sleep just about pulls it off. Simply staring at it for too long leads to it putting up its hands, admitting ‘it’s a fair cop guv’nor’ and making a break for the nearest exit.

Thankfully, Joffé keeps the pace ticking along, leaving the viewer little time to overthink anything until the end credits have rolled and the kettle has been put on. As a result however, there’s this never-ending niggle at the back of the mind that suggests that everything hasn’t been completely thought through. This is no more evident than in the final hurdle of the film when the reality of Christine’s situation explodes to the surface. Following Christine for the duration of the film means, of course, we are only privy to what she knows. So as we approach the end, Before I Go to Sleep is duty bound to fill in all the gaps. And in the last five minutes, everyone dutifully lines up to provide a massive infodump that leaves an aftertaste of having been cheated somewhat in terms of story. 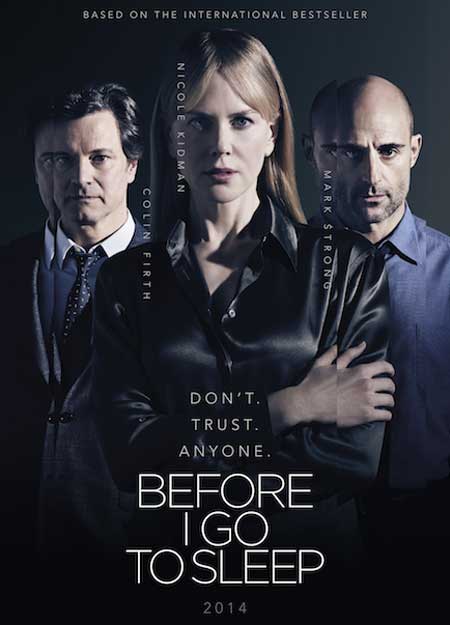 With literally every scene resting upon her shoulders, Kidman gamely keeps everything a float even through a rather staged and clipped English accent that immediately reminds you of Mary Poppins and somewhat dampens the performance. Meanwhile, Strong and Firth give dependable performances as two men struggling over a woman’s future without actually seeing each other.

Potentially, there is no reason to revisit Before I Go to Sleep once it’s given up all its secrets, except to maybe see if the end truly justifies the means. However, as a moment of indulgence and sheer bloody minded entertainment, it’s a perfectly good way to spend an afternoon. 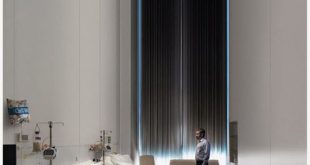 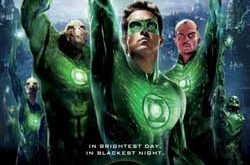