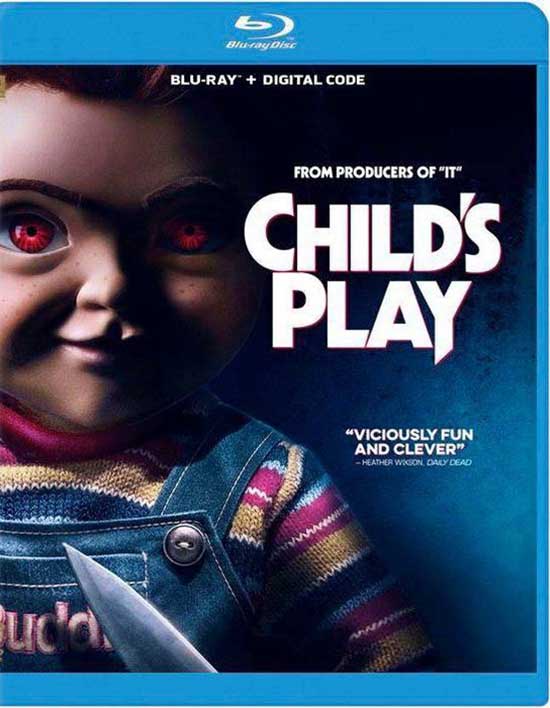 13-year old Andy is new in town and doesn’t have any friends. That all changes when his mother gets him a Buddi doll, which is the newest craze. Unfortunately, his new best friend isn’t quite what he seems as someone at the factory where he was built changed the doll’s settings and made him homicidal. Soon people around Andy are dying off left and right at Chucky the doll’s hands, and Andy and his mother just may be next. A “remake” of the 1988 horror classic of the same name.

To be honest I had zero expectations for Child’s Play as I loved the original and hate most remakes in general. I had even less desire to see it after I saw the trailer for it and assumed it was going to just be another horrible remake that crapped on the original that was made for the sole purpose of making money with little to no respect for the source material. I reluctantly decided to watch it expecting to totally despise it but after everything was said and done, I have to say that it wasn’t nearly as bad as I thought it was going to be. Sure, it is nowhere near as great as the original film but at the same time I thought it was decent for the most part and was surprised by how much I ended up liking it.

While I didn’t like the fact that there was no Charles Lee Ray and they totally changed Chucky’s origin it still worked in a way. Basically we have this disgruntled factory worker (I guess, I’m not sure as they don’t really go into any detail about the guy) who reprograms Chucky so that all his safety settings are turned off, making him more than a little dangerous for a number of reasons. Andy’s mom ends up getting a hold of the doll after someone returns it to the store where she works and she gives it to Andy as a gift as he doesn’t have any friends (is it just me or does he seem a little too old to play with dolls?). He doesn’t really want it at first and is a little creeped out by it, but soon they start to bond until Chucky goes nuts (after watching Texas Chainsaw Massacre 2) and starts killing people that are mean to Andy. Of course, Andy isn’t too happy about Chucky killing people and tries to get rid of him which only pisses him off and makes him and his mother a target as well.

As I said, I liked the premise to an extent and even though I missed the whole Charles Lee Ray thing I thought that what they did with Chucky was an interesting concept. He’s less supernatural this time around and more of an example of technology gone horribly wrong, but it works for the most part. I liked the relationship between Andy and Chucky as it is almost cute at times and in a lot of ways you actually feel sorry for Chucky before he goes nuts because all he wants is to be Andy’s best friend and to protect him because deep down he honestly does care about him in his own weird way. In some ways this version of Chucky is almost like a Batman villain (which is funny since Mark Hamill-who is known for doing the Joker’s voice does Chucky’s voice this time around) as he isn’t actually evil, but is the way he is because of someone else messing with him and is sympathetic to an extent.

I must admit that the movie was a hell of a lot gorier than I expected it to be. We get some pretty awesome death scenes as Chucky doesn’t mess around at all when it comes to taking people out. We get several stabbings, a dude’s head run over by a garden tiller-type machine, a man falling crotch-first onto a table saw (after being stabbed several times and having his hands scalded by a hot pipe), and some people taken out with flying drones with razor blades attached to them. Most of these death scenes are fun and creative (love the Buddi 2 teddy bear dolls growling and attacking people toward the end after Chucky takes control of them), and I have to say I love a certain scene where a little girl gets a HUGE face full of blood from one of Chucky’s victims after he is stabbed in side of the neck. I was surprised by how bloody this movie was and as a gore hound I definitely approve. 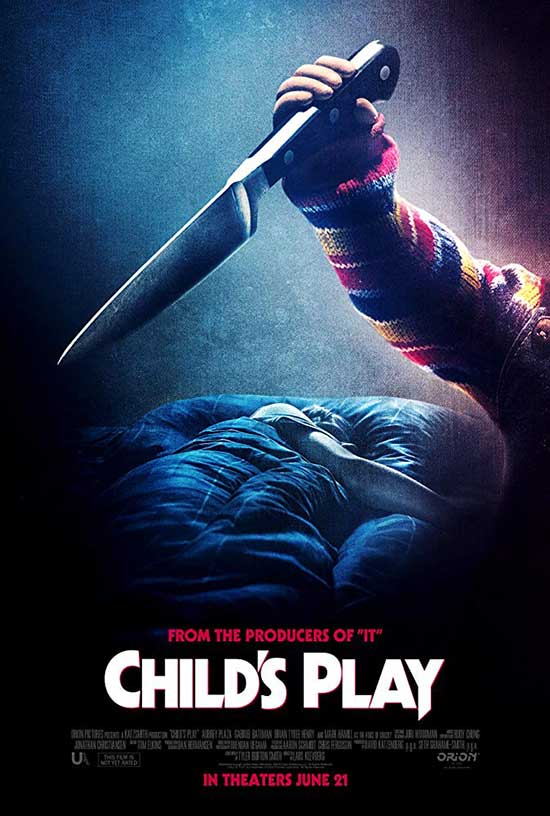 Child’s Play isn’t without its faults though. I didn’t particularly care for this version of Andy as he comes off as unlikable and more than a little whiney in my opinion. I also don’t think they did enough with Detective Norris as he just sort of shows up every now and then and doesn’t really do much of anything which is quite a contrast to the original film as he is a pivotal character. I also thought it was a little odd that Andy and the gang have very little trouble taking Chucky out at the end of the movie and I thought that the conclusion felt rather rushed. Andy gets rid of Chucky with relative ease and he doesn’t put up much of a fight, which was more than a little disappointing.

I think the worst thing about the movie though, was Audrey Plaza as Andy’s mom Karen. She is such an unlikable character and Plaza’s performance is laughably bad. She acts like she doesn’t even want to be there and in almost every scene she is in she seems out of it like she just guzzled a couple of bottles of Ny-Quil or something right before they rolled camera. She is so bad she makes Kristen Stewart and Juliette Lewis both look like Oscar-worthy performers in comparison, and she honestly should be ashamed of how terrible her performance was here. I don’t know if she is just that bad of an actress or if she just decided to phone it in because she didn’t care about the role or what, but I will be very surprised if she doesn’t win a Razzie for worst actress next year as she is honestly that bad.

All in all, I enjoyed Child’s Play, and am very surprised that I did. It wasn’t nearly as bad as I thought that it would be, and after everything was said and done, I thought it was pretty good for the most part. Not sure what was up with all the nods to E.T. and it doesn’t hold a candle to the original, but overall it wasn’t the worst remake I’ve ever seen, and it had its moments. I think if you go into it pretending that it isn’t a remake and act like it is called something else you may even enjoy it a little more. Check it out if you are curious, you may just end up really enjoying it for what it is.