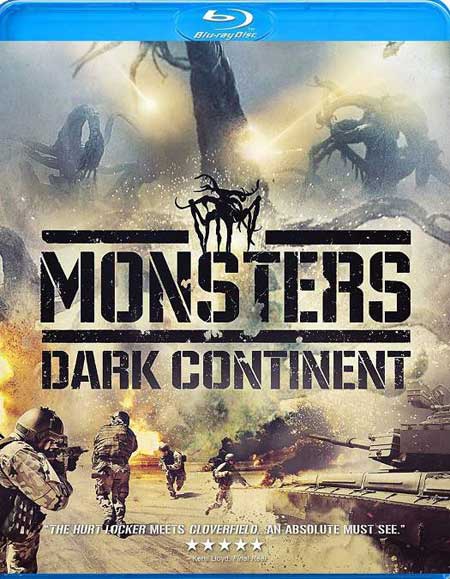 Dark Continent, ten years after the events of Monsters the army drafts new recruits to battle the insurgents in the Middle East along-side with an infestation of alien monsters continuously on the rise.

Monsters Dark Continent, (although not as positively received) is an apparent sequel to the 2010 film Science Fiction, war film simply titled Monster. The follow up works well enough as a stand-alone film and not much is lost in terms of plot comprehension by viewing it this way. Perhaps for maximum impact audiences would be best advised to check out the original first.

The plot moves a little slowly at first. The initial thirty minutes or so after the credits are reminiscent of the award winning war classic Deer Hunter. The lapsed time of nearly two hours, one hundred nineteen minutes to be precise, comes dangerously close to losing the interest of a relatively short attention spanned demographic. In hindsight Deer Hunter paid off in spades and was well worth the wait. I often wonder how today’s generation would fare in such an atmosphere. Rest assured Monsters Dark Continent does well and is worth the wait, to what degree or extent of impact is open for debate. The integration of a war/action film mashed up with elements of science fiction is an intriguing one and seems to have a hefty longevity to whet the appetite of contemporary fans. 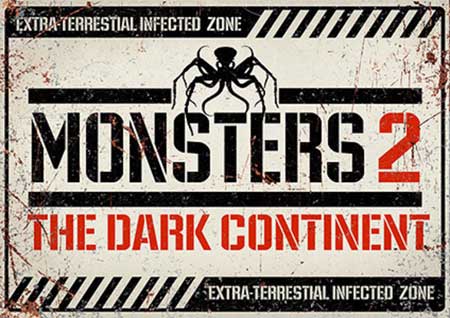 Some raunchy, crude, borderline low brow entertainment is unveiled in the midst of the soldiers giving one last hurrah before shipping out. The scenes and debaucherous soiree however is a necessary evil in conveying vulnerability and intimidation in walking into the eye of the storm in battle. Testosterone fueled fans will likely rejoice at a little T&A in watching the strippers shake what God had blessed them with but most viewers will be unfazed by the gratuitous content. Stoners may also get a chuckle out of the hijinks of the soldiers submerged in a fog of over indulgent, illicit substances mere hours to being shipped out and join Uncle Sam.

Conflict escalation is cued virtually from the onset of boot camp initiation. The Sgt. is a hard ass and makes no qualms about expressing as such. He challenges to break the spirit of the privates time and again. A certain sense of foreboding segue of what’s to unfold next cannot be denied as these scenes manage to fixate the audience to the final sequences. We sense the reluctance and regret among the soldiers and begin to question if they will be able to cope in the heat of battle and make it out unscathed physically, spiritually and emotionally with their comrades in check.

The special effects team did an amazing job of illustrating graphic violence, gruesome and grisly bloodshed. The combat scenes, be forewarned are not for the faint of heart or squeamish. These ghastly reels are every bit as compelling as Saving Private Ryan and equally disturbing. Even the most desensitized of viewers will likely be inspired to put down their popcorn for a spell until the horror show is over. 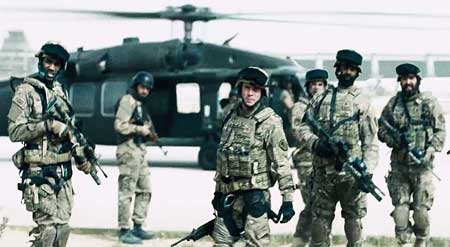 CGI rears its ugly head much to the disdain of film puritans. The integration in this case is an obvious one yet flawless in execution. Presence of the monsters is awe inducing and even a thing of beauty as the lapsed time ticks away its inevitable countdown. I’m personally not really a fan of computer animation and have an undying respect for prosthetics and makeup artists. The animation in this case was impressive and likely the best choice for maximum impact. The cinematography in contrast is as equally breath taking. The subconscious questions not the authenticity of a war torn country and the vast desolate horizon. 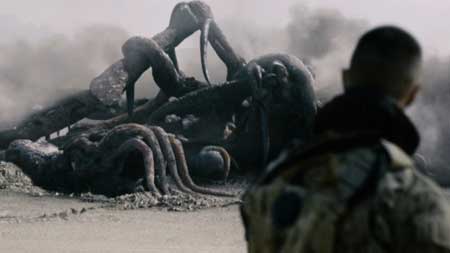 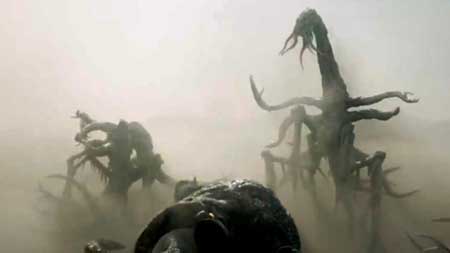 The subtext of unity from the unlikeliest of places presents itself towards the final acts in the film. Ultimately one cannot deny this is the entire thread of fabric the moral is based upon. We feel the emotion of the civilians in a desperate land and empathize with their plight instantly.

The heightened conflict between Sgt Noah (Johnny Harris) and his squadron is gripping and if based upon sole pretense is worth the price of admission alone. His performance is riveting, undeniably. Whether you love to hate his character or hate to love his portrayal of a man coming undone in the heat of battle will haunt the psyche of audiences long after the final credits have been rolled. 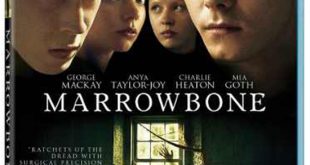 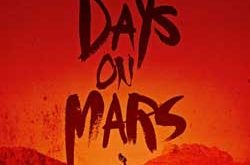