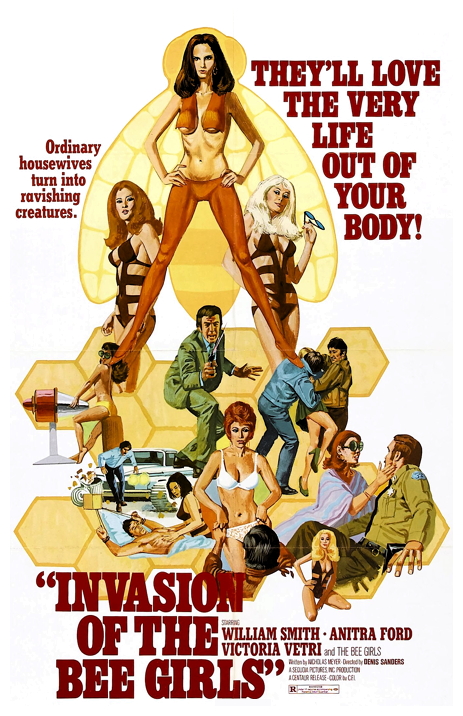 SYNOPSIS:
“In the small town of Peckham, California, many men die for excessive effort during sexual intercourse. When a scientist from the Brandt research laboratory is found dead in a motel, the government sends Agent Neil Agar (William Smith) to investigate the mysterious deaths. He suspects that the deaths may be related to some experiments of Doctor Susan Harris (Anitra Ford), who is researching bees in the Brandt facility.” (courtesy IMDB)

REVIEW:
This week I have for you a true cult movie written by an award-winning filmmaker starring some of the best character actors of the seventies backed with music by one of Quentin Tarantino‘s favourite composers. Sounds good, doesn’t it? Well it is, almost. I won’t bore you with a long rundown of the plot. Firstly, anyone reading this could get that from the interweb and, secondly, viewers who haven’t seen this movie before should experience it the way I originally did, with only a vague sense of what it’s about. Even if you have seen it before, you may still only have a vague sense of what it’s about. I will tell you this much. It concerns a rash of mysterious deaths near a government research centre, so a federal agent is sent in to investigate. It’s got groovy music, lots of boobs and bottoms, and one of the worst fight scenes ever. Prepare to behold one of my favourite low-budget science fiction gems of the seventies, Invasion Of The Bee Girls (1973)! 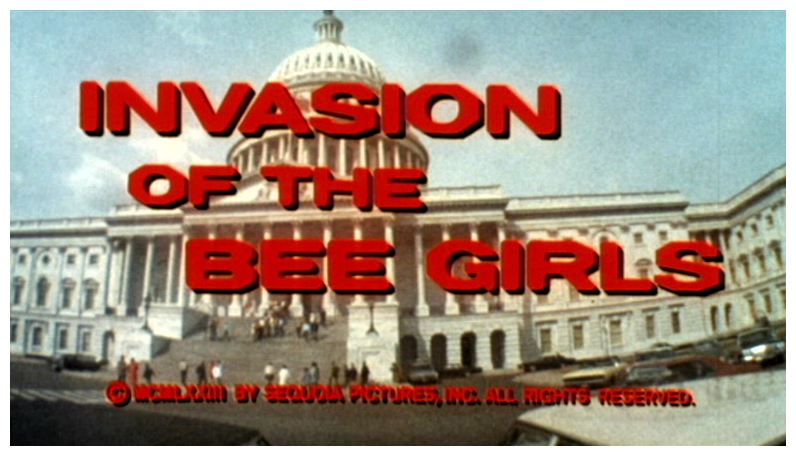 I know I said at the beginning that I didn’t want to bog you down with a lot of exposition but, for the viewers who came late, here are a few particulars: the film is set in a small Californian town that happens to have a scientific research centre next door. Perfectly healthy men are mysteriously dying of heart failure, but autopsies reveal that they were all involved in some extremely intense pants-down-tackle-out action at the time of their passing or, as one character sensitively puts it, “They were coming and going at the same time.” I’m not entirely sure how this diagnosis is explained in an official autopsy, but I don’t really want to know. Because the research centre is government-sponsored, the State Department becomes interested and sends in one of their agents to investigate. 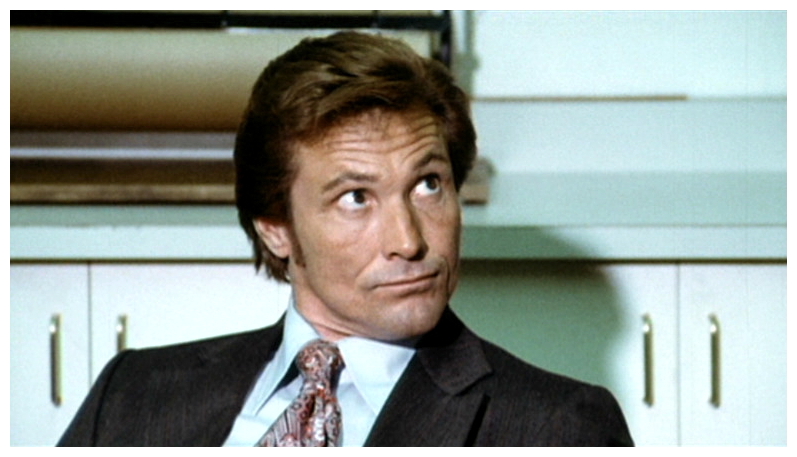 That agent is played by William Smith or, as I used to call him, Big Bill, which may be a little startling, since he was better known as the King of the Motorcycle Movies. He raised playing rival gang leaders to an art-form in films like Hells Angels Die Hard (1970), The Losers (1970), and C.C. And Company (1970), in which he takes on famous footballer Joe Namath armed only with a chain. At 188 centimetres tall – and across – Big Bill is a lifelong bodybuilder, winning plenty of weightlifting and arm-wrestling world championships. It’s no wonder he was chosen to play Arnold Schwarzenegger‘s dad in Conan The Barbarian (1982) and to beat-up Clint Eastwood in Any Which Way You Can (1980). Big Bill stumbles onto an amazing hypothesis: the deaths are somehow linked to the sexual habits of the queen bee. He does this by watching a documentary on bees, then spotting some bee photos in an all-girl bee laboratory at the centre. 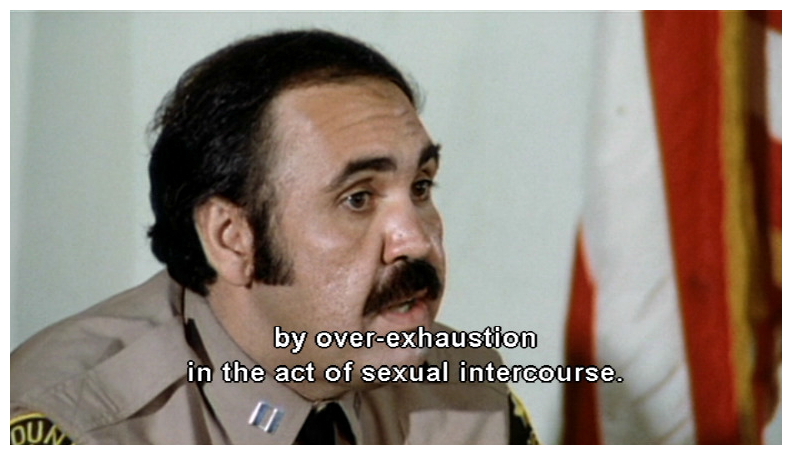 The female cast is ideal: Anitra Ford, who got her start as a model on the American version of The Price Is Right, portrays one of the dangerous lady scientists. After appearing in some of your favourite television shows of the seventies she retired from acting and became an award-winning rhythmic bore…I mean, poet and photographer – because what could be more boring than poetry and a slideshow? Victoria Vetri, Playboy Playmate of 1968, plays the good-girl sexy scientist to balance out Ford’s bad-girl sexy scientist. After appearing in films such as Rosemary’s Baby (1968) and When Dinosaurs Ruled The Earth (1970), Vetri quickly earned the reputation of being difficult to work with. As my old friend and director Val Guest once told me, “She was a complete nitwit.” This detailed analysis of her character was confirmed in 2010 when she was charged with attempted murder after shooting her husband point-blank. Vetri was imprisoned immediately on 1.5 million dollars bail, the charge was reduced to attempted voluntary manslaughter, and was sentenced to nine years in state prison, where she remains to this day. 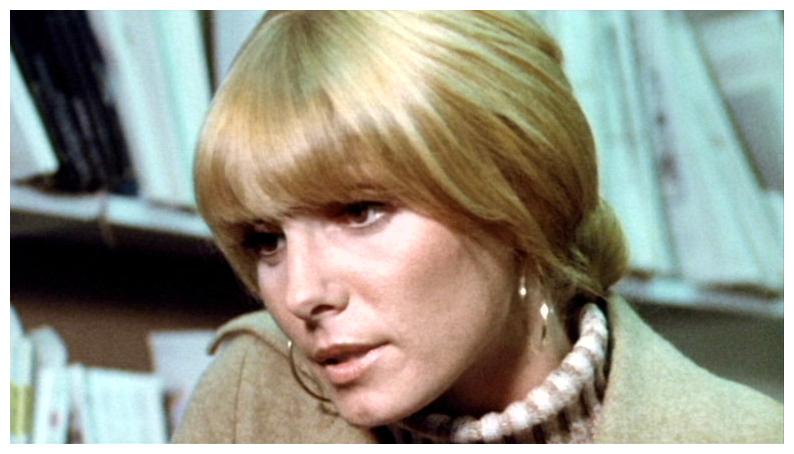 Some of you baby-boomers out there (yes, I mean you) might recognise Katie Saylor, the female lead in the 1977 science fiction series The Fantastic Journey playing the daughter of an Atlantean father and extraterrestrial mother. Although well-remembered, The Fantastic Journey was actually rather pedestrian, only lasted eight episodes and was the last time we were ever to catch Katie on-screen. After being officially declared dead in 1991 from cancer, she soon rose from the grave and is still alive and well and living in Studio City Los Angeles. You think I’m joking, don’t you? Look it up. Other recognisable faces in Invasion Of The Bee Girls include Cliff Osmond as the cop with a chubby moustache…I mean, the chubby cop with the moustache, who you might remember from most of Billy Wilder‘s comedies, and Wright King, who can be spotted in a gazillion television shows, mostly westerns, peppered with a few science fiction series such as the original Twilight Zone, Voyage To The Bottom Of The Sea and Logan’s Run. 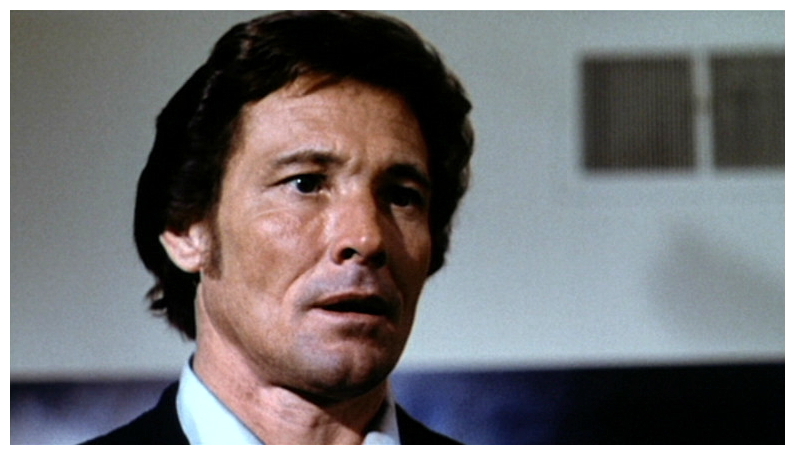 Invasion Of The Bee Girls is the kind of pure cheese that the Syfy Channel aspires to but never seems to achieve, mainly because their plots make too much sense, and the dialogue isn’t bad enough. It was the first script by Nicholas Meyer, who tried to have his name removed from the credits but even Alan Smithee turned it down. Despite this effort, he was fortunate enough to move on to better projects, writing or directing such well-regarded films as The Night That Panicked America (1975), The Seven Percent Solution (1976), Time After Time (1979), The Day After (1983), the excellent Star Trek II The Wrath Of Khan (1982), the awful Star Trek IV The Voyage Home (1986), and the above-average Star Trek VI The Undiscovered Country (1991). He also wrote the screenplay for the James Bond film Tomorrow Never Dies (1997), in which 007 does battle with evil media mogul mastermind Rupert Murdoch, as portrayed by Jonathan Pryce. 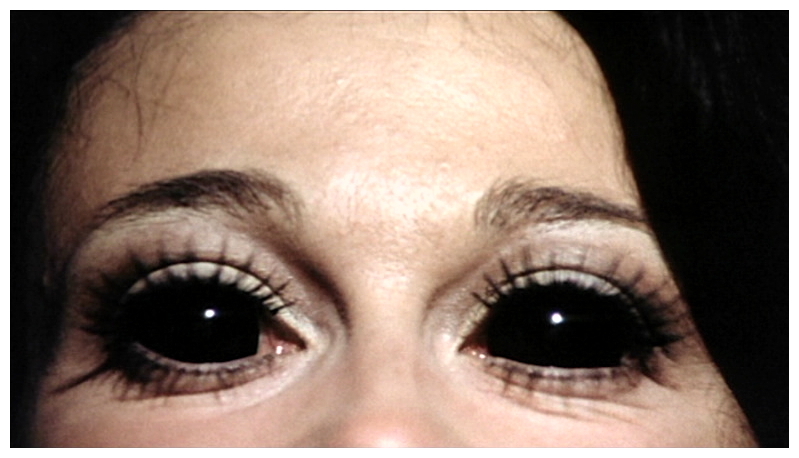 Invasion Of The Bee Girls was the final film directed by Denis Sanders, who started at the top in with War Hunt (1962) – featuring the movie debuts of Robert Redford, George Hamilton, Tom Skerritt and Sydney Pollack – and worked his way down to this week’s topic of discussion. Primarily a documentary filmmaker, his most successful film is undoubtedly Elvis That’s The Way It Is (1970), a weekend television staple for more than four decades. The funky music you can hear were compositions composed by composer Charles Bernstein who has scored scores of scores for films like White Lightning (1973), Mister Majestyk (1974), Love At First Bite (1979), The Entity (1982), Cujo (1983), A Nightmare On Elm Street (1984), Kill Bill (2003) and Inglourious Basterds (2009). Still alive and well, Bernstein is kept busy by serving as a director of many Hollywood institutions, including the Academy Of Motion Picture Arts And Sciences, the Society Of Composers And Lyricists, the American Society Of Composers, Authors And Publishers, the Academy of Motion Pictures Foundation, and the Institute For Conspicuous Board Membership. 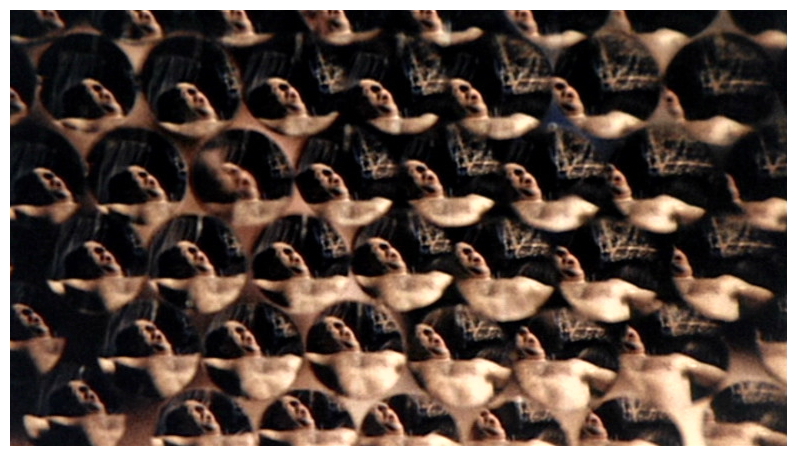 What salvages the rather unlikely plot of Invasion Of The Bee Girls is its sense of style. It looks good, it moves along at a decent pace, the girls are nice to look at, Big Bill frowns impressively and there are plenty of science fiction gimmicks, like the geodesic dome, the Irwin Allen-style computers, stock sound effects and the cocoon that looks like a full-body condom. It not only turns lady scientists into queen bees, but also gives them a facial and hairdo at the same time, without those pesky screams of agony that one usually associates with Mad Science, or beauty salons. Now it’s time for me to politely ask you to join me next week when I’ll have the opportunity to expose the very tenderest parts of your body to another awkwardly-probing journey through those damnable dank dells of Horrorwoodland for…Horror News! Toodles! 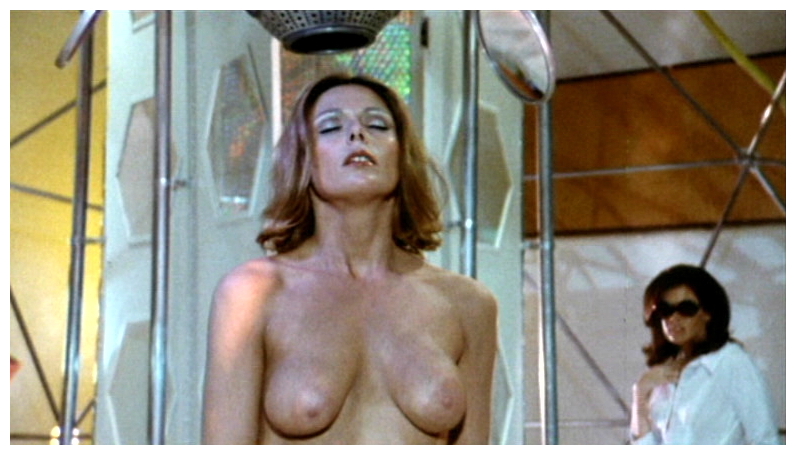 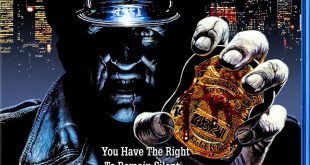