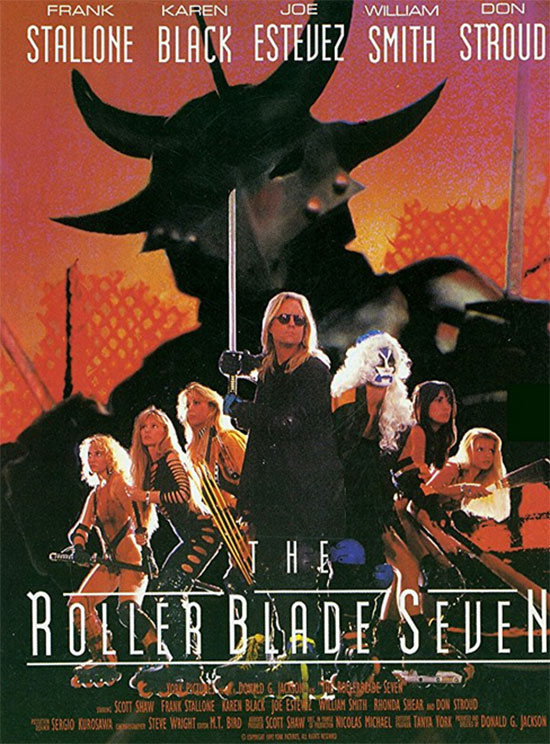 In a futuristic society, a sword-wielding roller skater fights evil ninjas, punk roller skaters and is sent on an important rescue mission

There are movies that are just crap, and then there are movies so terrible that they actually transcend their crappiness to become something truly magical. You can’t help but watch in confusion and awe as the cinematic atrocity unfolds before you, becoming something that kind of blows your mind. It’s that proverbial train-wreck you can’t tear your eyes away from because your mind wants to absorb every horrifying detail. Tommy Wiseau’s infamous The Room is one such movie, as is Troll 2. Well ladies and gentleman, let me present to you another cinematic crapsterpiece that belongs on a list with those titans of terrible, The Roller Blade Seven. 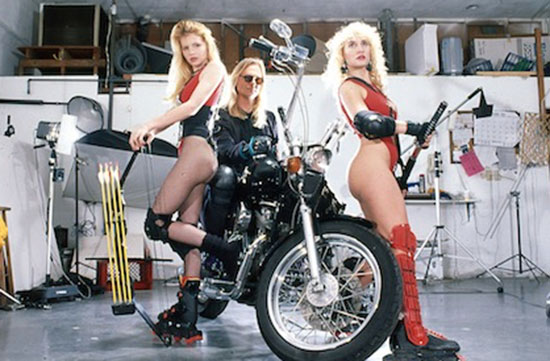 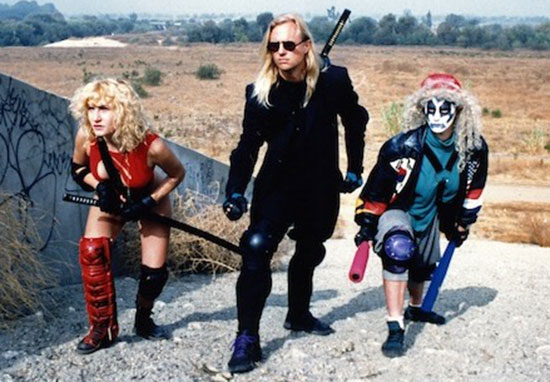 The film’s plot, as much as it can be called such, centers on the character Hawk Goodman. He’s some form of samurai warrior of the post-apocalyptic future who’s sent on a mission by Father Donaldo of the Master of Light Institute. Hawk’s sister, Sister Sarah Goodman, was kidnapped and is now in the hands of a gang led by the insane Pharaoh. The actual kidnapping was done by Saint Offender (Joe Estevez) for reasons that are not really explained. I guess because he’s evil and had nothing better to do. Hawk goes into the Wheel Zone, where people travel by rollerblades or skateboards, kind of fights with a black knight played by Frank Stallone, and has to face the gangs of the wasteland. Nothing makes sense at any point and everything is terrible. This movie is awful, but in the most amazing ways possible.

Before I begin with critiquing, I think it’s only fair we talk about the producers’ approach to filmmaking. Their movies have plots, but they don’t work off a script. The producers believe it to be a more artistic way of doing things, I’m sure, and they call it Zen Filmmaking. It’s completely pretentious sounding, but it’s also brilliant in that they already have an excuse in place for why their work ends up being barely coherent messes.

Let me tell you, barely coherent is a great way to describe The Roller Blade Seven. Things happen without much of an explanation to how or why. Characters are randomly introduced and then quickly forgotten about later on. Sometimes characters end up traveling with Hawk, but we rarely get to see when they met him or why they decided to travel with him. Why is one of his companions a mime wielding whiffle bats? Why is one character running around in a thong? Why was Hawk in a hot tub fully clothed at the beginning of the movie? What’s the deal with Frank Stallone’s character? The movie is a series of questions that rarely get answered. 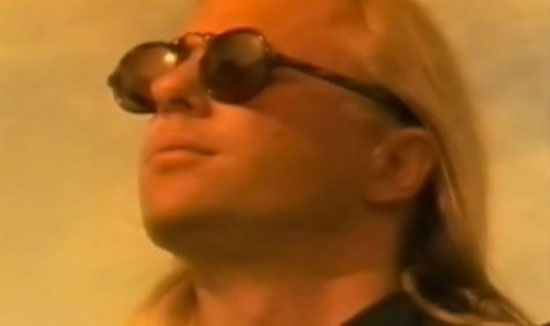 The acting is terrible, with some of the performers sounding like they came straight from the William Shatner School of the Performing Arts. The sound quality is atrocious with most of the dialogue sounding like people were trying to talk through a pillow. The action scenes range from adequate to dreadful. People get killed with bladed weaponry without blood being spilled. What few special effects are to be found are of the lowest quality imaginable. They’ll repeat the same shot several times in a row in a scene. Character development is non-existent, and we’re given no reason to care about anyone in the file. 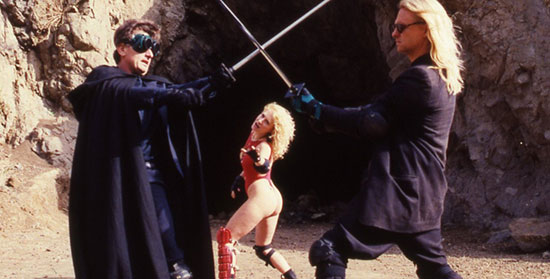 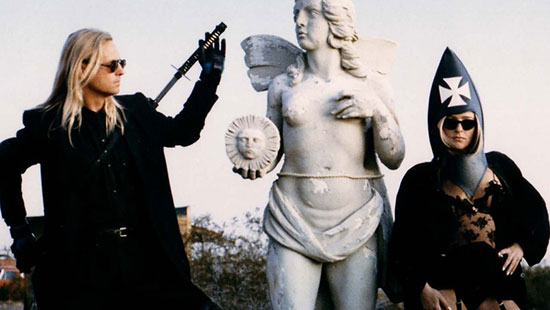 Yet, despite these flaws, this movie is strangely entertaining. It’s never boring, and I found myself watching just to see what happens next. I imagine that this is what it would be like to look inside of the mind of a person who’s permanently fried some brain cells after taking too many psychedelic drugs over the years. To the rest of us, what we witness is completely nonsensical.To the person in question, everything they see makes perfect sense the same way it makes sense to a paranoid schizophrenic that they’re truly is the victim of a massive conspiracy perpetuated by the government. 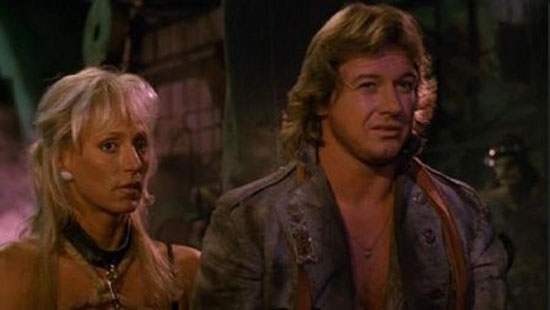 Some years back, the Detroit Lions became the first NFL team to go completely winless after the league went with a 16 game schedule. One article I read said that failure on that level is inherently more interesting that witnessing groundbreaking success. Not only did I agree with that article, I think it applies to The Roller Blade Seven. It shows ineptitude on almost every level imaginable, and yet it is absolutely fascinating to watch. Somehow, it reaches a point of being so awful that it becomes wonderful in its own right. It’s hard to describe how amazing it is. It’s a terrible movie, but if you’re looking for something that reaches the same level of entertainment that movies like Troll 2 achieve, then look no further.