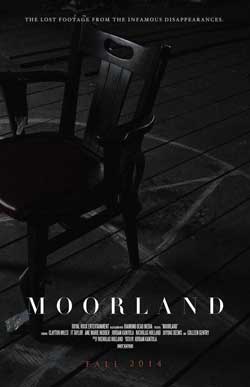 A woman show found footage of the days leading up to her son’s disappearance in hopes to find out what happened the night he never came home.

This movie opens with a mother sitting on a couch preparing to alarm viewers with the discovery of footage that shows what her son was doing the days leading up to his vanishing without a trace. She is desperate for answers and breaks down crying as the footage begins.

Kyle (Clayton Miles) is a film student who is being films for a documentary by Ju (JuYong Deems). Kyle shows off his room and workstation where he is working on some wedding edits all while being yelled for off screen by his mom to do chores. Enter Kyle’s friend RJ (J.T. Taylor) who Kyle keeps saying over and over to leave his computer alone because apparently RJ doesn’t do anything. RJ isn’t sure about the whole documentary filming that is going on and JU promises to edit out any scenes with RJ. 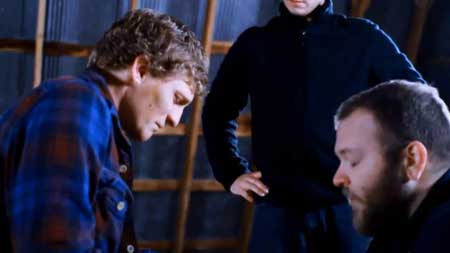 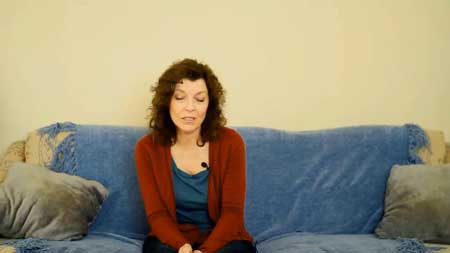 The two then go meet another friend, pot-head Micky (Jordan Kantola). They tell Micky that Ju is their new choreographer so not to freak him out.

Eventually the whole group meets up with Britney (Ane Marie Hodder) who takes them to an old farmhouse where apparently some seventy years prior, the infamous “Moorland murders” took place and the farmhouse is said to still be haunted. The group now wants to film footage at the house in order to try and prove that the haunting actually is in fact happening there.

After setting up shop, Ju finds a mysterious opening in the house and describes the room as a “torture” chamber, even tho we can’t really see anything. After hearing strange scratching noises, Kyle decides to crawl into said room with a small camera and see if there’s anything there. After seeing some writing scratched into the wall, things go bad for Kyle as he is apparently attacked by some mysterious force. The others manage to pull Kyle out before anything worse happened to him and the group decides to leave. 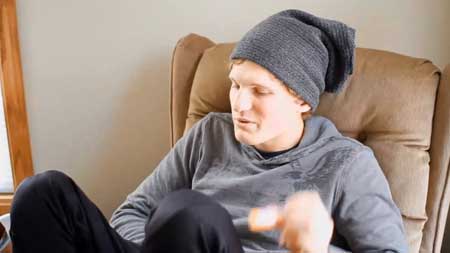 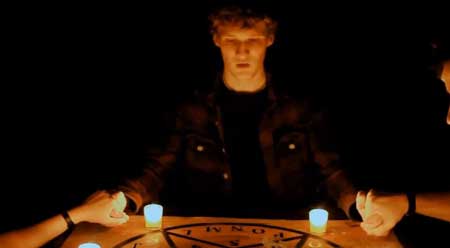 Kyle wants to go back but RJ won’t have anything to do with it and leaves. Kyle convinces Micky and Britney to go back and do a séance to lure the spirit out which leads to worse things as the spirit possesses Mickey and nearly kills him. Now the group must save Micky’s soul before he is lost forever to the malevolent demon that has taken up residence inside his body.

Another found footage movie which not only is blasé now, but they hit on a subject that has been done to death a la, demon possession. There is absolutely nothing new in this movie which already makes it hard to get good reviews on, and that is only one of the many many things that are wrong with this movie.

We can start off with the acting, which is nearly non-existent. The actors in this movie seem like they are reading from cue cards and have about as much realistic emotion as Data from Star Trek: The Next Generation. 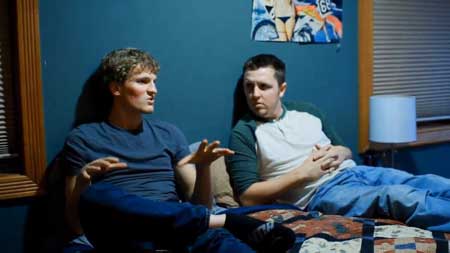 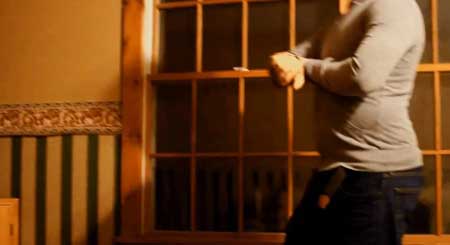 They over act when there is drama to be had, and during the slow parts they are as interesting as a wet mop. This brings me to the pace of the movie; which, I understand as a found footage movie there will be a slow beginning; however, in this film, it takes nearly an hour and nineteen minutes for anything remotely interesting to happen. The plot seems a little off to me. At the beginning we focus on Kyle’s mom as the distraught parent of a missing son, and at the end of the film there is the sound of news footage over the credits talking about the missing people, but what about Micky?? Why are they not focused on what they did see on camera? They saw a possession and the only thing they care about is where the missing people are. I can tell you if I was alive after something like that, you wouldn’t find me in the same state!

Anyway, Moorland is a movie to watch if you have exhausted all other movies. Otherwise, there are a plethora of decent, to good found footage movies to pick from.