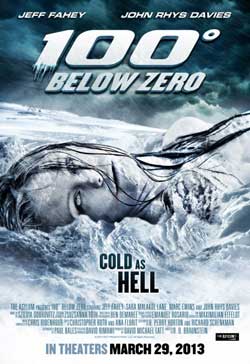 As deadly weather settles over Europe, it becomes apparent a new ice age awaits. An American Air Force pilot and his new wife must race across the continent to rescue the pilot’s two children.

100 DEGREES BELOW ZERO is another Asylum Studios (today’s answer to New World Pictures, but nowhere near as cool) flick. This studio takes blockbuster popcorn movies, re-does them, shamelessly, with a third of the budget, and they end up in Red Box dispensers. 100 DEGREES BELOW ZERO doesn’t correspond per se to any “big” movie. It’s not like PARANORMAL ENTITY, TRANSMORPHERS: FALL OF MAN, or ATLANTIC RIM. But it gives some big nods to recent ecological collapse thrillers like 2012 and THE DAY AFTER TOMORROW. 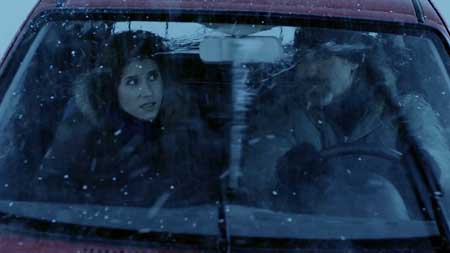 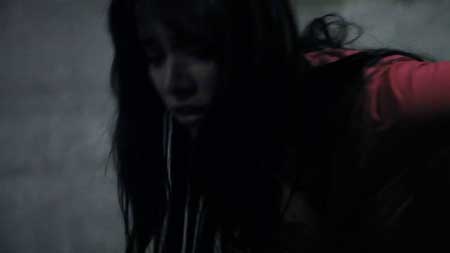 Like most Asylum flicks, 100 DEGREES BELOW ZERO does not stand up to examination. It’s an unbelievable, inanely plotted piece of junk. You feel sorry for great, veteran actors like Jeff Fahey and John Rhys Davies. What contract did they sign, anyway?

Like any disaster movie, everything begins so nice. Jeff Fahey plays Steve Foster. He’s having a honeymoon cruise in a helicopter with his new wife, Lacey, over scenic Iceland. The next thing you know he’s re-routing to London because of a giant volcano cloud. Volcanoes, it turns out, are erupting all over Europe. There is also furious snow, sleet, rain, earthquakes, and big drops in temperature. Never mind half the characters are running around without coats. 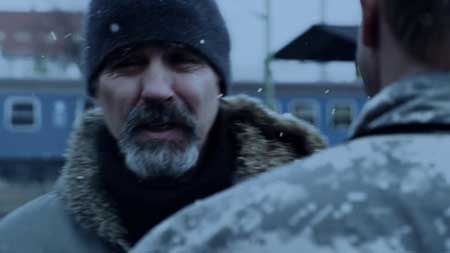 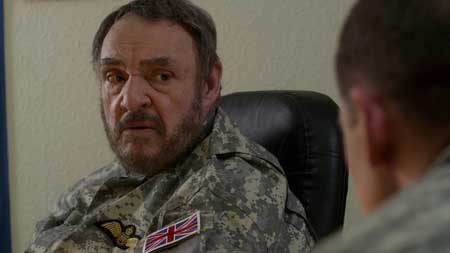 That’s right, the volcano clouds are blocking out the sun. It’s the new ice age, and who knows how long it will last? But this isn’t a movie about the end of the world as we know it. It’s a movie about a man and his family, a story of a father’s redemption; it’s about being brave in the face of danger.

And it’s the story a couple brats who need rescuing. Fahey thus books it to Paris to try and save them. They’ll have to endure all kinds of trouble in the meantime, though: earthquakes, giant ice chunks falling out of the sky, muggers, strict and humorless military personnel. You bet your ass they’re going to be screaming and groaning and grunting and running and falling over for–well–just about the flick’s entirety.

Meanwhile big wig scientists and the like “explain” the phenomena, saying things like: “It’s essential for you to prepare for the new reality: it’s going to get very cold.” 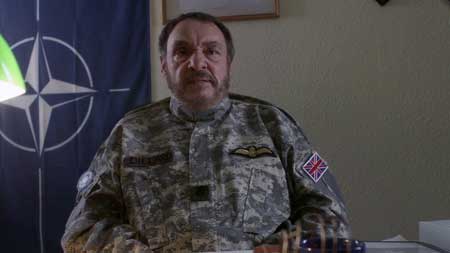 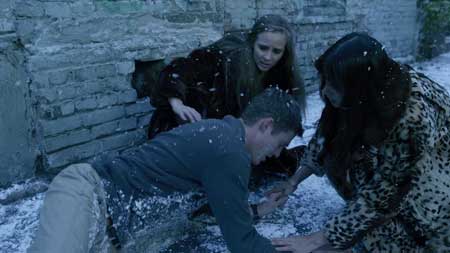 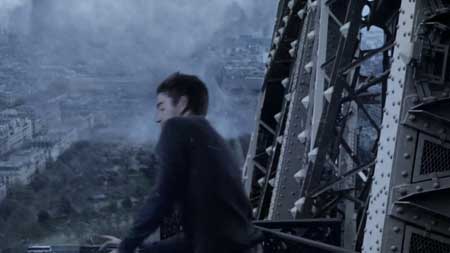 Any criteria you look at to judge a movie–cinematography, acting, narrative, editing, structure, screenplay, pacing, atmosphere, coherence, underlying messages, etc. etc.–is nearly impossible to defend when it comes to 100 DEGREES BELOW ZERO.

Cinematography: A little bit of helicopter-shot natural beauty. That’s sweeping. Everything else is lit, framed, and cranked out with the most standard haphazard technique. Nothing special.

Acting: Except for Fahey and Davies, you can imagine what it’s like.

Narrative: Straightforward as can be, except for the cattywampus causes of a new ice age. In short, it’s inane, predictable, and stops driving forward all too quick.

Editing: Much like the cinematography, it’s just getting the job done. Important people describe the crisis. Cut to the kids running away from said crisis’s phenomena. Cut to Fahey and pretty wife frantically traveling to reach kids. Repeat.

Structure: After the first half-hour, you still have another hour to endure.

Atmosphere: Wishing it had the budget to create one.

Coherence: I think 100 DEGREES BELOW ZERO may hold the record for most continuity errors ever.

You get the idea … DON’T BOTHER. YOU HAVE MORE IMPORTANT THINGS TO DO! 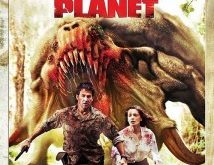