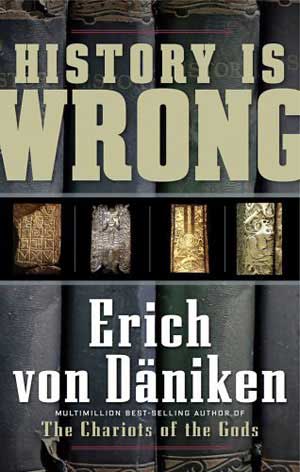 What is it about secret texts that fascinate? Is it a clearer look into history, speculation on a world that existed before ours or just a means to an end about what it all means and the secret truth that scholars try and unveil while others cover up with speculation?

Erich Von Daniken original author of the famed novel “Chariots of the Gods” is one such individual who doesn’t take everything at face vale. Perhaps a journey into enlightenment or just a dangerous revelation of man, Erich has done his research, traveled the world and aims to unveil secret myths. His is not the first and wont be the last. However throughout reading his book, many times his narrative was introduced in the form of a question. Centuries old, and many of these manuscripts and found documents indecipherable, Erich put the pieces together as best he can through his research.

My fascination coms in the form of not so much old documents with legends behind them but the revelation of ones we know. For instance numerous times the Bible is mentioned as being of several generations with revisions that easily number in the 1000’s. More fingers point to the Bible being written “after” Christ’s death and the transcriptions that occurred over the years filtered with church translations and favored text. The UR texts as they are called seem to be the legacy of the bible itself. But Christianity aside, what about the lost documents of the ages? The Mayan texts and libraries forever lost in fires?. What about the preserved teachings that were only existing because they were written in stone, metal or gold? What were they trying to tell us and why has man ignored much of this that is reduced to maybe an interesting documentary on A&E after family dinner?

Ignorance is bliss, should be the motto of our culture which I believe has no real elaborate interest on the most part of truth in culture. Books such as these exist to path the way for those of us who do find interest and question the origins of man. Note to readers, this book doesn’t aim to be anti-religion, rather it analyzes truths and myths in our history. Erich starts with an impressive background on the Yoynich manuscripts, which are ancient texts that appear to be indecipherable. Accounts of cryptologists and scholars attempting to unravel its meaning are revealed in great detail. Mentions of worlds past, Atlantis and connections in time are presented in full down to earth explanations. Metal symbols are transcribed and questioned with equal enthusiasm. In many aspect this book delves into the notions of extra terrestrials if not directly then thru historical data and old texts that suggest such facts

The book of Enoch is explained and its historical background. Perhaps an earlier prophet is the truth that the religions don’t want uncovered? Or is the implication that we were visited, taught and instructed by extra terrestrials long before mankind’s current state of existence? The implications noted are extraordinary and even if you are not a scholar are written in a form that is easier to digest than many philosophical books on the market. Daniken takes a hard look at some pretty convincing and ancient findings.

At mid point in the book, you can tell his true passion explodes on the pages with a rather wordy but truthful look at society and its ignorance to how and why things are processed and fed to us in a almost comatose fashion. At one point you can almost hear Daniken screaming to us..wake up and look at the details! Well that and so much more make for a truly historical journey that would have Indian jones seeking much of this out for his own discovery. Daniken knows how to write great books and when its combined with truth it can be pretty cool and pretty damn scary. This book is quite different from the new age style books as it only looks at real findings and questions about what has been uncovered in days past.

Check out other books at: New Page Books 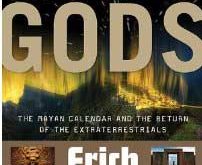