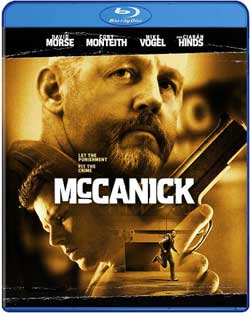 Set over the course of one day, a narcotics detective hunts for a seemingly harmless young criminal who knows a truth about the cop’s past 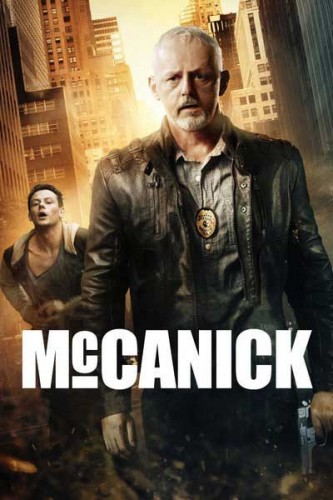 McCanick is a older narcotics detective residing in the town of Philadelphia. While the younger guys work there way up the internal ladder, McCanick prefers to stick with his own style and ways of doing things, creating a typical but believable “against the grain” centered character. As it seems, old school cops go un rewarded for their years of putting away the bad guys while the new crop of detectives seem more at home buried in books and process.

“McCanick (2013)” is a slow moving cop drama centered on old school detective McCanick who can’t seem to separate himself and let go on an old case. Upon word that an old acquaintance street hustler “Simon Weeks” (Cory Monteith) was let out for good behavior, McCanick suddenly becomes obsessed with tracking him down. The story centers on the relationship between McCanick and Weeks that led up to his incarceration. As things heat up with local shakedowns and excessive tailing, Floyd Intrator (Mike Vogel) McCanick’s partner begins to suspect something is not right about McCanick’s interest in Weeks. This combined with direct orders from McCanick’s chief Jerry Quinn (Ciarán Hinds) to “leave it alone and stay off the case” only further add mystery to who is involved and what is truly being covered up. 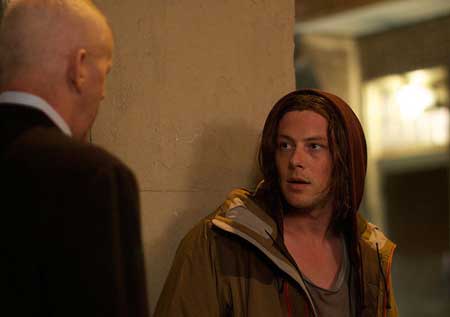 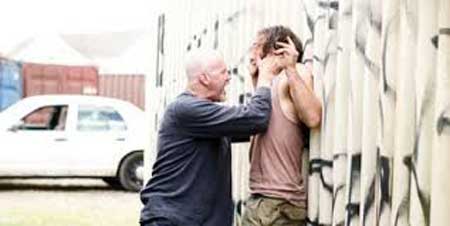 The subplot lays out McCanick’s strained relationship with his wife and son which only further deepens the reasoning behind what is looking to be a case of dirty cop work. Weeks is on the run, despite serving time, with McCanick hot on his trail and an old case about the murder of congressman Joe Langley hanging overhead. 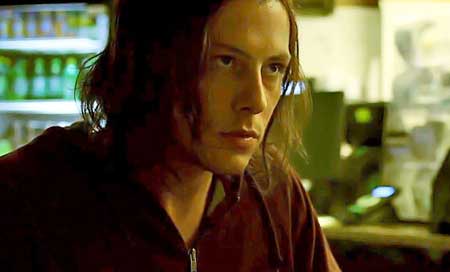 David Morse plays the role with a natural confidence that quickly moves from “subtle and somber” to intense. This style of ramping up works extremely well for Morse who fills his detective character wearing comfortable shoes. The film does have a purpose which rounds itself out in the final acts, however most viewers might find themselves like I was scratching their heads in between. The film is setup as a past and present style of film which at times is only distinguishable between McCanick’s shaved and unshaved looks. It took me awhile to figure this out which at first was simply confusing. As I became conformable with the style of narration director Josh C. Waller was delivering, I began to appreciate that film more. 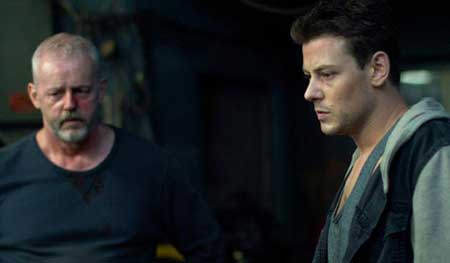 “McCanick” despite its often lagged approach to delivering a cop drama turns out to be a pretty involved story that introduces a few surprises before its over. In retrospect, it was all the events and subplots that lead up nicely to Eugene’s current state of mind. Some of the elongated chase scenes may be a bit stretch out for good measure however it still didn’t detract me from my overall opinion of the film by the time it was over. Director Josh C. Waller has also directed the movie “Raze” which we reviewed recently.

I always enjoy David Morse’s performance as a true artisan of calming intensity in which the movie “McCanick” proved a prefect platform for. News reports indicate that the film McCanick was actor Cory Monteith’s last role before his sudden death in 2013. Cory Monteith was also a regular on the TV series “Glee”.

McCanick (2013) is now available on bluray per Well Go USA