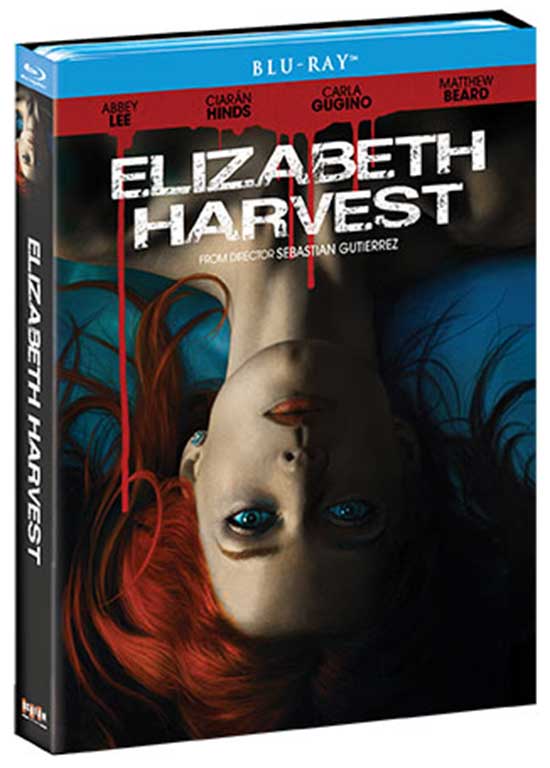 When a beautiful young woman marries a wealthy old scientist, his one request is that she leave a certain room in their home unentered. When she breaks that promise, a terrible truth about her unknown past puts her life in danger.

Elizabeth Harvest (2018) is one of the recent indie-efforts to get a stateside limited-run theatrical release through IFC Films, and the newest project to be released from writer/director Sebastian Gutierrez (Women in Trouble 2009, writer of Snakes on a Plane). While a beautiful setting and a stellar cast promises foreboding terror in gluts, the molasses-slow pacing and intentionally-obtuse, non-sensical storytelling makes Elizabeth Harvest a trial to get through. 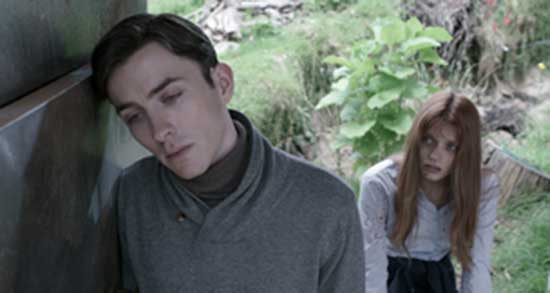 The story follows model/actress Abbey Lee as the titular character, who has married a much, much older man, the geneticist Henry, who is played by veteran ominous-guy Ciarán Hinds (Mary Reilly 1996, Road to Perdition 2002). In a design-temple of a house, Elizabeth is given free reign over everything except a locked room, which—of course—she enters. Once inside, Elizabeth’s promise of wedded-bliss is shattered by the psychotic Henry and the machinations of fellow house-mates and servants Claire and the blind Oliver (played by femme-fatale beauty Carla Gugino, Watchmen 2009, The Haunting of Hill House series 2018; and Matthew Beard, The Imitation Game, respectively). Rounding out the cozy cast is familiar face Dylan Baker as local policeman Logan, who is both the most natural on the screen and the shortest-lived. 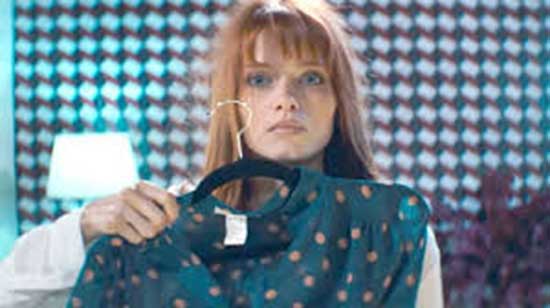 Everyone plays their roles exceptional well, although Lee seems to alternate unevenly between childish stupidity and cold-calculation with no help from the plot. Hinds excels through his voice and glassy stares into space, with Gugino, Beard, and Baker all serving their characters with as much personality as can be wrung from their rather shallow backstories. While not clear from the onset, Elizabeth Harvest is a cloning-gone-awry tale, with <spoiler> Lee’s character being test-tube bred and killed over and over again by her formerly loving husband, whose excuse for slipping into madness is basically “because I don’t know why.” 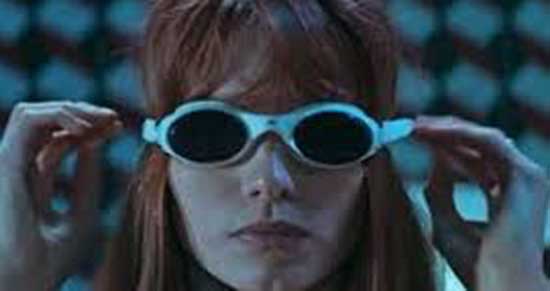 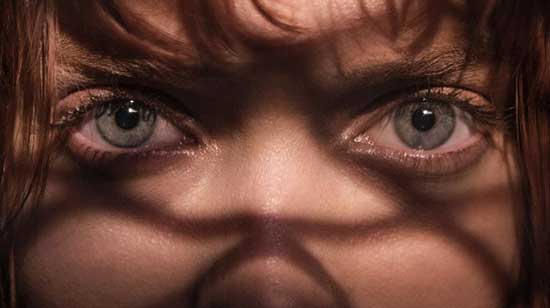 There’s some blood, though it’s not excessive, and the plot’s broad strokes are revealed shortly into the 1-hour 45-minute film. There are details revealed later, though none are surprising or startling. For those looking forward to the standard indie highbrow-nudity, Lee has multiple nude scenes, whereas Gugino must have a better agent, and gets away with showing her backside a few times. The biggest mystery of the film isn’t, as it turns out, anything involving unethical cloning, but rather how a man in his mid-to-late sixties draws in sexually active women decades his juniors. 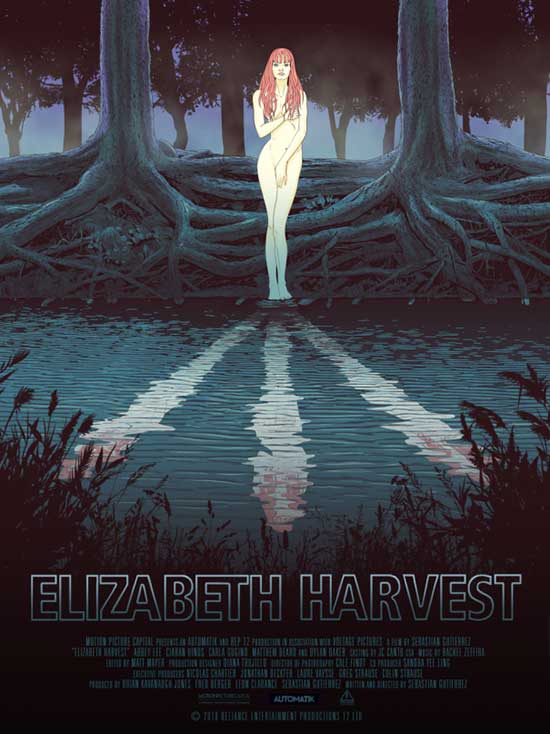 The camera work is quite well-done, though there are several shots paired up in editing that had me scratching my head, especially a repeated stairwell static-shot that is impossible to place in the mental layout of the house. Similarly, the plot has holes that are self-inflicted wounds, such as: If she’s repeatedly cloned, why don’t they start her new lives inside the house, instead of on the drive to the house? Do they dope her up and drive around a while until she seems like she’s coming to, and then swerve in the direction of the driveway? And what’s with her bad dye job? Do they dye her inert bodies’ hair somehow while she’s in the liquid-filled “clone baths?” Lastly, if all the doors are locked by code or fingerprint, how does she leave the house in the final scenes? 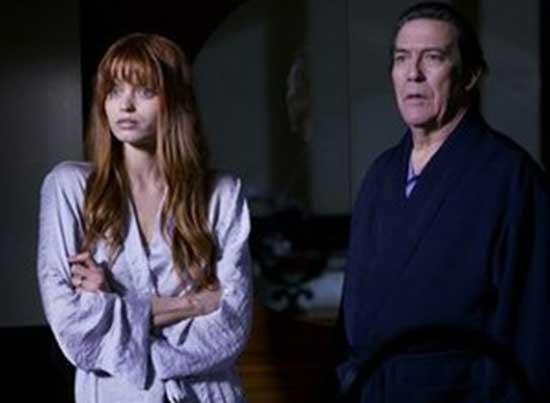 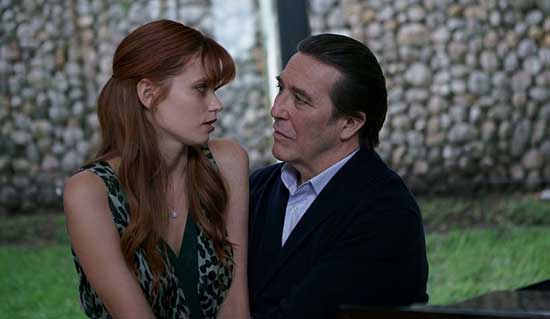 These problems, the poor pacing, and several conversations between characters that are meant to sound smarter than they are, all make watching Elizabeth Harvest a disappointing experience. Still, if you really want to see Carla Gugino’s bum while she smokes cigarettes in depressing natural light, no judgement—there are assuredly worse ways to spend your time.

Elizabeth Harvest is now on bluray per Shout Factory