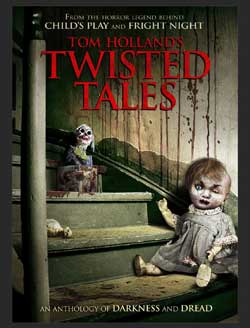 Oh boy. this is gonna be a challenge to review.

First of all, I love anthology horrors. Each little snippet a morality tale of some sort, speaking to the basic evils of humanity – vanity, greed, lust, etc. Always a good time, right? 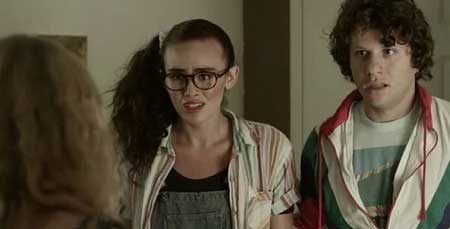 Courtesy of the now-defunct Fearnet network, we get Tom Holland’s Twisted Tales. If you’re not familiar, Tom Holland is a writer and director with some pedigree in the horror field, including such films as The Initiation of Sarah, Class of 1984 (a personal favorite), Fright Night, and The Langoliers.

All the stories in this anthology are written and directed by Holland, with a variety of producers. I get the feeling this was orignally a series on Fearnet.com, but I can’t confirm that. 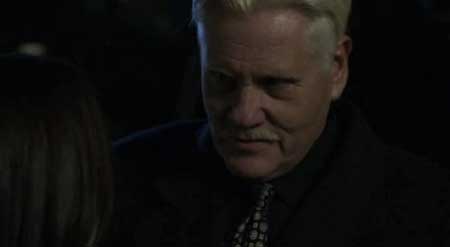 There are nine stories in this collection, each of which is quite good. Each follows a similiar formula – someone does something they probably shouldn’t and we get to see the consequences play out.

What makes it really cool are the cast choices.

FRED AND HIS GPS stars AJ Bowen (The Signal, Creepshow 3) as a man who has just killed his alleged philandering wife (played by Bonnie Piesse – Star wars episode 2 and 3) and is trying to get to the airport as fast as he can with the use of his shockingly judgemental GPS. 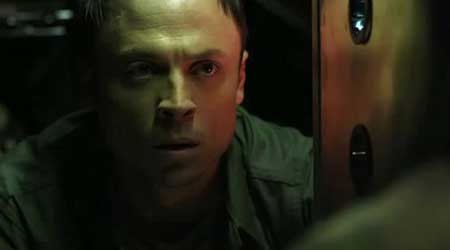 TO HELL WITH YOU stars Danielle Harris (Roseanne, The Last Boy Scout, The Wild Thornberrys) as a long suffering girlfriend finally pushed to the end of her rope by her cheating boyfriend Eddie Hargitay (GI Joe:Retaliation). After a particularly embarassing public confrontation, a man comes along (William Forsythe, who really needs no introduction) that claims he can “take care of the problem” for her.

BOOM is the story of a bomb disposal expert (played by Noah Hathaway – The Neverending Story) who thinks his wife Jolene (Sarah Butler – I Spit on Your Grave) and his best friend (played by Alex Urbom) are having an affair, so he creates a “unstoppable bomb” to prove their loyalty.

MONGO’S MAGICK MIRROR is the story of a slight of hand magician (played by an apparently real-life magician named Joel Ward) who is determined to find the secret of a magic mirror held by a poor street magician (played by Ray Wise – Robocop, Twin Peaks:Firewalk With Me).

SHOCKWAVE is the story of an emp accidently triggered from space that may well cause the extinction of mankind, and the guests of a dinner party have to decide the best way to handle the situation. Starring Angela Bettis (Girl, Interrupted, The Toolbox Murders), Onahoua Rodriquez (The SHield), James Duval (Donnie Darko), Amber Benson (Buffy the Vampire Slayer), and Josh Holland (Tom Holland’s son, also known for USA High and Legally Blonde 2).

CACHED is the story of a “haunted” Ipad found by a street criminal (played by Jonathan Chase – The Gingerdead Man) and his buddy (played by Jose Pablo Cantillo –  The Walking Dead). But it’s not haunted so much as possessed by the spirit of a dead computer hacker, played by Adam Rose (Deconstructing Harry, Veronica Mars) with the most delightfully maniacal Beetlejuice impression I have ever seen.

THE PIZZA GUY is a short story in seven chapters of a girl desperate to contact her dead sister, desperate enough to make a deal with the devil. Erin Aine Smith (Vampire Diaries), Marc Senter (The Young and The Restless, Cabin Fever 2), Andy Earle, and Leore Hayon.

On the whole, the stories are all really good. A few, like THE PIZZA GUY, run a little long for my taste. And the final story VAMPIRE DANCE is a bit disjointed and hard to follow, but in the director/writer’s defense…non-linear storytelling can be difficult to convey on film.

The practical make up effects throughout the episodes are created by Vincent Guastini Productions, whose credits are ridiculously long. However, a few better known projects they have worked on include Dogma, Man on the Moon, and Lost Tapes. Pay close attention to the segment BITE to see some really great work from this studio.

On the whole, I really enjoyed this film. I have already admitted how much I love horror anthologies, but this is really some good stuff. Quality from beginning to end.

On a scale of one to ten, ten being awesome, I give this film 8 Faustian bargains.