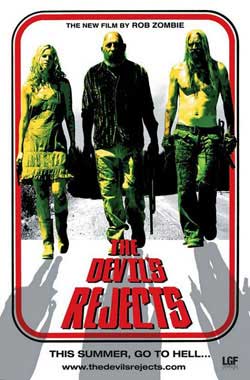 When tough-as-nails Sheriff Wydell and his awesome 1970s moustache find that the backwoods, psychedelic Firefly family gruesomely murdered his brother in cold blood he vows revenge at the cost of his sanity. After an attack on the house of corpses unleashes the family members onto the dusty highways of Ruggsville, Sheriff Wydell pursues in their horrific wake.

If I could be any movie ever made, I think would be The Devil’s Rejects. I wouldn’t take sh*t from anybody. This is the second half of a journey into Zombie’s psyche that I have been wanting ever since I saw House Of 1,000 Corpses (I liked House, so suck it). Less like it’s predecessor and more along the lines of a dirty-ass western, this flick was like a shotgun blast… of knives… and bears… to the face. 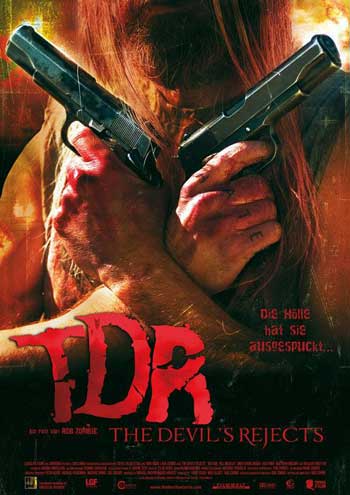 As I sat drunk in the theater seat I realized that I had no idea what to expect. After the introductory scene and one Allman Brothers song later, I was on the edge of my seat ready to be disturbed and entertained. I didn’t know what to anticipate and I didn’t know if it would be too much, all I knew is I couldn’t take my eyes off of the screen (except for when my friend Adam went and sat next to a group of cute girls and got creepy. He asked if he could share their Cokes and he told them how incredibly glad he was to finally meet the girls of his dreams and then he tried to put his arm around them. He kept it awkward the whole time but I think they started to like him because he dresses weird and is in a band). 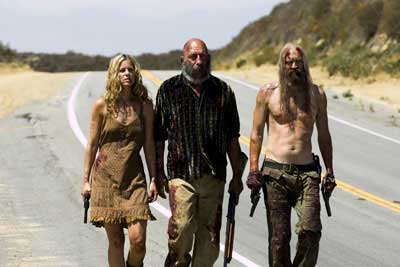 This movie plays pretty consistently on a 1970’s style B-movie plot of road trippy carnage and I felt it made for a perfect opportunity to spend some quality time on the different and fun ways to torture innocent, unlucky peeps. The Firefly’s can’t seem to keep their giant knives out of anyone they come across. As our anti-heroes flee the predatory police we begin to bond with the sadistic family. Even as they abuse and obliterate their victims we start becoming attached to them to the point that we begin rooting for these psychos and hope they make it out alright. I really became sentimental towards these murderous assholes when they took refuge in their extended family’s old-time brothel and you begin to see these maniacal blood crazed villains as people capable of human emotion. But, like a kick in the teeth, everything culminated into one night of ends coming together. There was so much violence and pain interwoven through this movie, but I couldn’t help but root for the bad guys and have a blast. 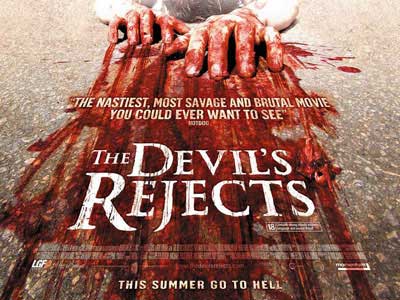 Every actor, it seems, in this film has an IMDB list that mentions at least 50 awesome horror movies from times long passed. The c**kles of my heart warmed when I saw Michael Berryman and Ken Foree dance across the screen in their aged-in-horror glory and, as always, watching Bill Moseley and Sid Haig was purely tits. Danny Trejo and William Forsythe are amazing to witness as two of the toughest motherf*ckers in the industry. Sheri Moon Zombie was beautiful as ever and every shot of her made me wish I could focus, but after a flask of Jim Beam, I couldn’t really do anything but make slurred cat-calls at the screen. I can’t even wonder what I would have done had they not cut the scene with Rosario Dawson. 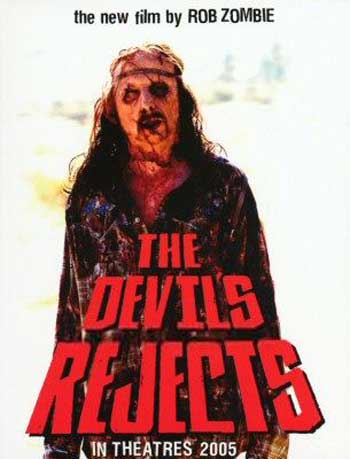 The music in this was amazing and it flowed really well with the style. It honestly felt like a dust-covered classic with today’s stomach for horrific violence pushed to the max. Rob Zombie really knows his sh*t when it comes to vintage, gritty horror movies and it shows. He does one hell of a good job making this movie stand out against all the mundane “horror” movies that people try to pass off as compelling or innovative these days. Zombie is the horror movie fans horror movie maker. His music and lyrics ring a resounding heavy metal induced, psychotic trip through a psychedelic haunted house and it translates beautifully onto film. It is very obvious that he is passionate about his interests and I think it resonates well to his audiences. Seriously, see this if you haven’t. Delete that Saw sequel you have on the top of your queue and watch this, godammit.