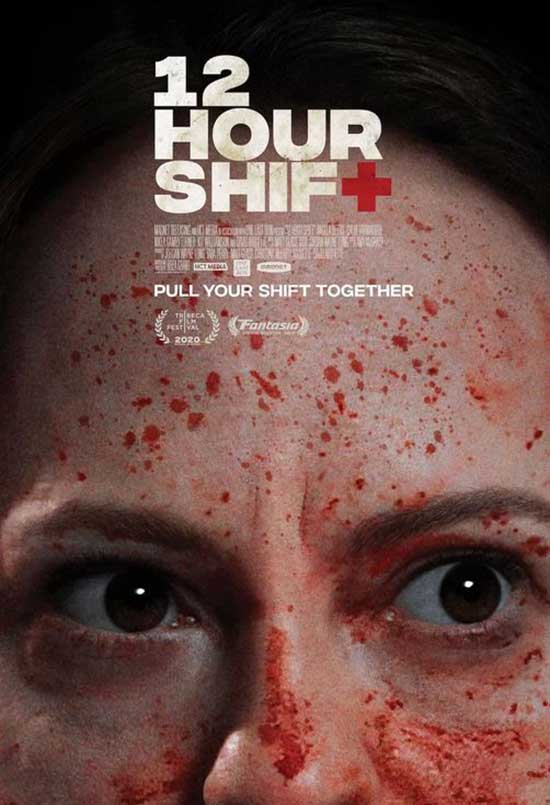 Bodies start to pile up when a drug-user nurse and her cousin try to find a replacement kidney for an organ trafficker.

Ever have one of those days were one thing goes wrong, then EVERYTHING goes wrong as a result? Who hasn’t? A carefully planned day, or even an average normal day, slowly descends into a series of mishaps or outright train wrecks that can push a calm person into fits of psychotic screaming.

Maybe that’s just me. In either event, let me point you to a cinematic example of that kind of day. 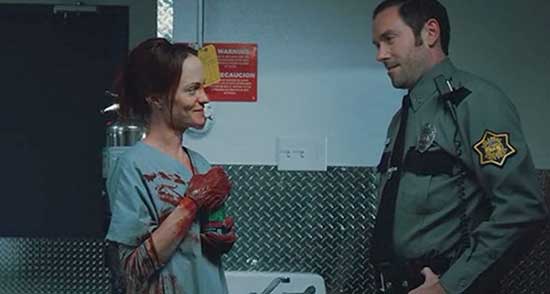 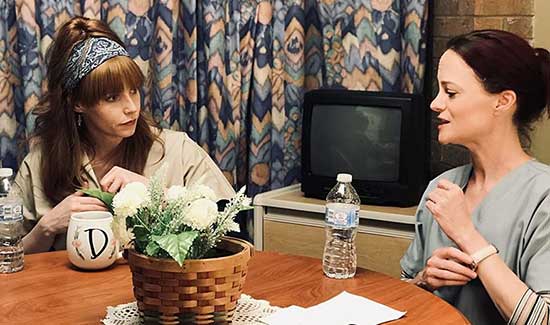 At a regional hospital in Arkansas in the late 1990s, Mandy begins a 12-hour shift which begins with delivering black market human organs for a local trafficker. Unfortunately for everyone in the tri-state area, the person picking up the organs is Regina, Mandy’s cousin by marriage. Regina is dim bulb in a low-wattage district. The organs end up lost, and everybody’s night becomes much more interesting, especially Mandy’s.

Probably the best way to describe “12 Hour Shift” would be to compare it to “Raising Arizona” but with a much darker subject. You have drug addiction, elder abuse, organ trafficking, gory surgeries, roaming cops, a psycho cop killer, and questionable use of a place of worship.

Each scene shows the characters as they stumble further and further into more trouble and rising insanity, like a juggler, out of sync, rushes blindly towards a cliff as he attempts to avoid dropping the balls. Not a movie you want to watch if you’ve had a really stressful day; it may induce an anxiety attack.

Writer/director Brea Grant does an excellent job of weaving the various characters and the related story lines. Yes, it feels like a Coen Brothers’ splatschtick film, which is the vibe it uses to distract you from the rising issues with connections to reality. Actually, reality doesn’t really belong here as the plot, as gruesome as it can become, is ultimately a comic-book look at one 12-hour shift of entertaining lunacy.

Most of the performances are worth watching as they display the worst people can be, including how they act behind your back. The nurses are catty or openly hostile. The cops are morons who care more about how they appear than actually helping. Worse yet, the staff may be plotting to kill you, either on purpose or through incompetence.

Angela Bettis as Mandy is excellent as a barely contained bundle of drugs, sarcasm, and anxiety. She evokes an evil Holly Hunter from “Raising Arizona”. From a simple verbal confrontation with another nurse to impromptu surgery to running through the hospital halls to save her life, Bettis plays Mandy as the most focused and coherent character in the film as her brain is constantly adjusting to deal with all the strange and life-threatening events throughout her shift.

Playing opposite her is Chloe Farnworth as Regina, Mandy’s cousin, by marriage. She has stumbled through life by being able to flash some eyelashes or jiggle her assets to get what she wants. Problem is, she is too stupid to have an inkling as to what she wants beyond the next three seconds. In fact, she is so infuriatingly dense that you will have the urge to shake her until her tiny brain rattles in her mostly hollow head. Regina is responsible for the initial screw up that starts the night’s worth of violence and insanity, and she does little but add to the growing list of troubles. Farnworth makes the character appealing even while you pray someone bitch slaps her into next week.

Looking around the internet, most folks seem to take “12 Hour Shift” for what it is – entertainment. Nothing profound here. We all know humans are the most dangerous animals out there. Hell, half of the time, we are our own worst enemy. Forget anyone else. You get to spend some time watching people you can identify with go through extremes you hope you never have to deal with in your real life. Maybe you’ll have a dark chuckle or two.

Of course, some people just do not seem to like anything, so the best I can suggest is to give it a try if you can watch it at little financial risk. Then, if you like it, support the filmmakers and buy a legit edition of it. It is one I’ll add to my collection, just for giggles once in a while. 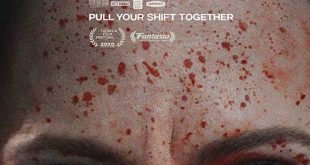