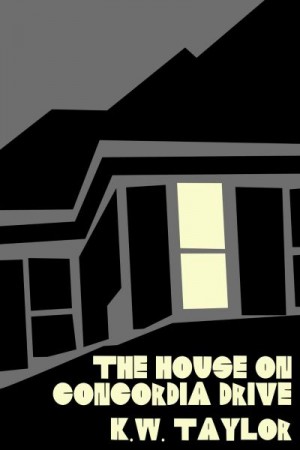 I wasn’t particularly sure about reviewing this one. After all, it’s a short, cheap oneshot to draw in an audience for the followup novel (The Red Eye) and I already reviewed that one. But, due to the huge difference in tone, structure and effect between the two, I decided that it warranted me chiming in on.

Sam Brody is a bit of an ass. He also likes to harangue people via his nightly radio show, The Red Eye, while debunking claims of supernatural phenomenon. Now, he has been sent out to look into the story of a famous haunted house, the source of at least one major movie. It is the type of story that could make his career, if he can get it to break.

Ostensibly, the above is the plot of The House on Concordia Drive, but that isn’t really what it is about. At least, that isn’t what I was taking away from it. It is, instead, a story about an asshole who is being forced to deal with the repercussions of his own selfish and self-centered behavior. From the asshole’s point of view. The mystery is there, the investigation is there, but those felt more like ciphers to me. This element is also where the book really shines.

K.W. Taylor works with a terrific sense of brevity and subtlety here. She doesn’t bother to break from Brody’s interior at any point, so we are never told directly how to feel about him. He seems to think he’s pretty awesome and that comes through. However, she lets his actions speak for themselves, while using the background of the haunting to reflect his own personality and shortcomings. Admittedly, the imagery at the end, with the birds and the references to The Odyssey and the phone screen, is a tad heavier handed than I would have preferred but she still shows a remarkable level of trust in the audience.

It’s a relatively complex piece, for its length, and goes against the expected direction for this type of story. There is some damn impressive talent on display here.