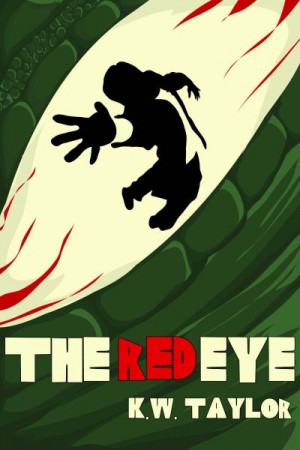 Meet Sam Brody, skeptic extraordinaire and late night host of The Red Eye, a radio show where he debunks myths of supernatural, psychic and otherworldly goofiness. So what does he do when he finds himself thrust neck deep into the same sort of stuff he professionally calls bullshit on? Say, for instance, items start exploding or flying around when he is near? Or the coworker who reeks of sulfur and the crazy redhead who calls him up, telling him about his dreams? Obviously, some craziness must ensue.

I am sorry if I sound a bit flippant in the above, but I was tossed around by the abrupt changes in both character and thematic thrust from the preceding House on Concordia Drive (an introduction to the character and, ostensibly, his world) to this work. One of the things that impressed me about that story was that it didn’t go for the obvious and overused approach of having the skeptic changed to a believer by the wild and wacky ways of the spiritual realm. This story, however, falls into that same trap. Similarly, I like how honestly Concordia portrayed a selfish, egotistical bastard in the midst of a collapsing personal life without demonizing or glorifying him. Again, here we have him quickly shift to a slightly gruff teddy bear once he has a girlfriend to be all cuddly with. The shift was too jarring for me and that affected my experience.

At its heart, The Red Eye seems to be an attempt to tell a very traditional fairy tale in a modern context. You’ve got the white knight, the wizened wizard, the maiden fair and the big, bad dragon. I get the attempt, but it causes several problems. The big bad is a cardboard cutout of evil, with no sense of motivation or personality beyond that. The feminine interest has no place in the story outside of being something for the hero to save. There never seems to be any doubt that the hero will triumph. The window dressing is updated, but the problems with this type of tale are not addressed and it hurts the story.

These issues were all the more frustrating when placed next to the obvious talent on tap here. The dialogue had personality. There were touches of how the relationships worked that were gorgeous. Taylor’s prose flowed as clean as a mountain stream. It says a lot that, despite the issues I had, I flew through reading this. And Concordia was nearly brilliant. The Red Eye just seems bland in comparison.

The formula at work here is classic, and perhaps so for a reason. Likely, you will either find it comforting or aggravating.