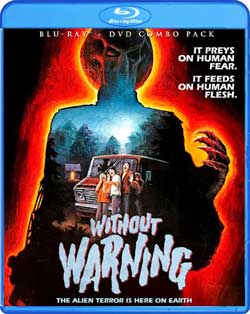 “Without Warning” is another lost underrated film from the 80’s. This B-grade film has alot of heart and soul despite being lost for the last 2 decades. Surprisingly enough using cheesy props and “fishing line attack-beasties”, the film does a pretty good job at keeping suspense high through-out its duration. This element of suspense serves it well even when we know where it’s leading up to.

“Without Warning” delves into our fear of outsiders, the woods, and hostile aliens all in 1 package. Even with the main creature of this film staying hidden until the final act, the movie’s monster reveal was not “too big” of a surprise seeing that it has been featured in the film’s movie poster art and DVD cover. 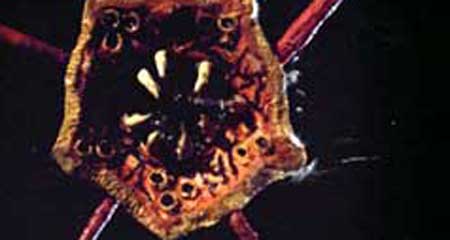 What differs in this film is that the scenario is one usually reserved for formula-themed horror movies per way of “backwoods killers” and “hillbilly cannibals”. All the elements of these films are injected while also adding twist thru injecting an equal amount of science fiction elements. “Without Warning” is a film that “almost” stands alone in its off-center plot. And it is a plot that works damn well for its 2014 resurrection. 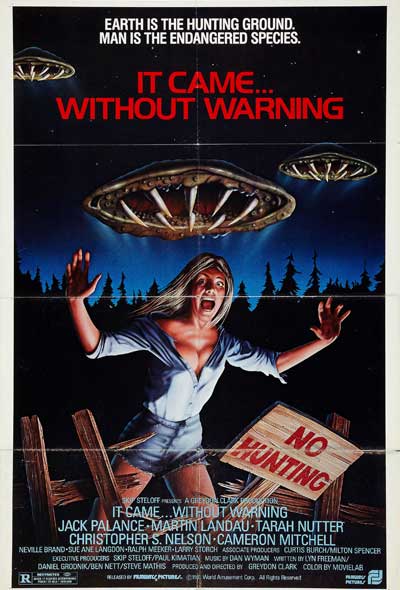 My review of this film was also my first exposure to the film. I remember seeing its VHS cover when it arised back in 1980 along with a handful of local theatre showing ads. Like many of us renters during that time, it was not uncommon to wrestle over limited VHS copies (usually reserved to count of 1). When I had the chance to introduce myself to this title, (now in digital restoration) I was quite anxious to dig in.

As “B” movies go, it is surprising to see so many top name actors attached to the production (giving the release a special quality of its own). The roster includes Jack Palance as local hunter Joe Taylor, Martin Landau as Fred ‘Sarge’ Dobbs, Larry Storch as the “Scoutmaster” (“F Troop” fame) and Cameron Mitchell in the film’s intro segment. 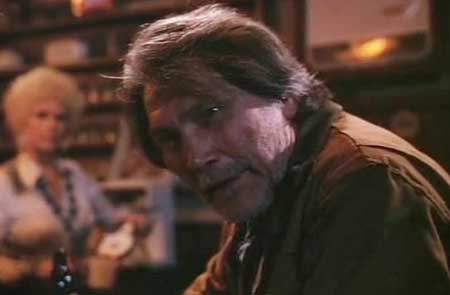 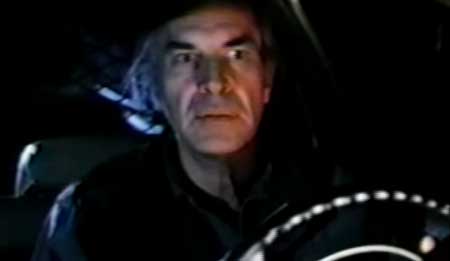 With each actor assigned with playing a film character, these men provide a cult-feeling quality that escalates “Without Warning” a bit higher than others of its generation. As a new actor paying his dues thru low budget films, David Caruso shines among his peers as the “guy to watch for in in the years to come”. The cast was rounded off by the 2 main characters Sandy (Tarah Nutter) and Greg (Christopher S. Nelson) as the movie’s troubled panicked teens.

And so it begins….Greg and Sandy are part of a small foursome heading out to enjoy some lake time. Along the way they are warned by gas station owner/hunter Joe Taylor to stay far away from the lake (due to strange activity and missing persons). As another notch in the famed “let’s ignore that old coot” movie occurrence, they go lake-romping regardless. 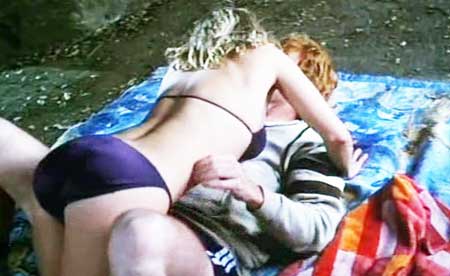 While warnings, newcomers, and rumors among town begin to circulate, we are privy to the hilarious cheesy alien pod attacks which are killing off visitors like flies. The pods, which act like attack vessels, spin thru the air to cling to intended recipients so that they can gnaw into their flesh. The pods are used as hunting devices by our alien visitor and provide the “phantasm ball” moments of the film. Most of the film keeps things simple by keeping our antagonist in the shadows, however despite its obvious “gray” appearance; I was still slightly jarred by the final reveal. 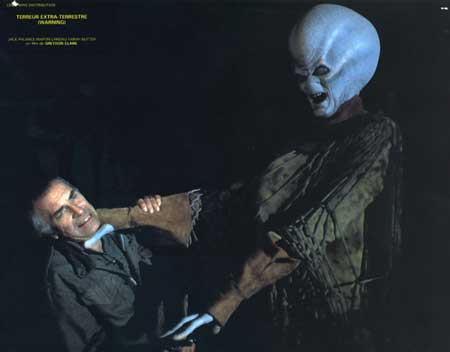 Readers should know that it’s a decent film worth really checking out. The cheap props used may serve some sort of retro humor purpose for you, but regardless it has got some natural appeal on its own.

The bluray contains alot of new featurettes including an interview with original actors Tarah Nutter and Christopher S. Nelson. The release can now be acquired thru the Shout Factory web site. Pick up “Without Warning” here!