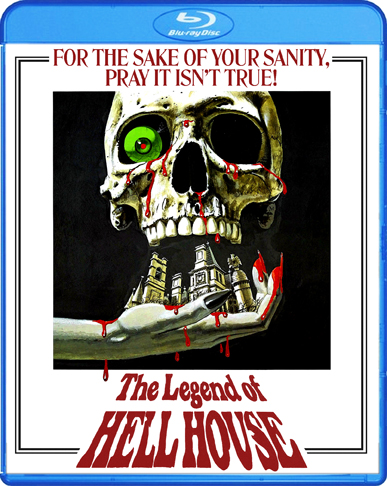 A team consisting of a physicist, his wife, a young female psychic and the only survivor of the previous visit are sent to the notorious Hell House to prove/disprove survival after death. Previous visitors have either been killed or gone mad, and it is up to the team to survive a full week in isolation, and solve the mystery of the Hell House

“No live organism can continue for long to exist sanely under conditions of absolute reality; even larks and katydids are supposed, by some, to dream. Hill House, not sane, stood by itself against its hills, holding darkness within; it had stood so for eighty years and might stand for eighty more. Within, walls continued upright, bricks met neatly, floors were firm, and doors were sensibly shut; silence lay steadily against the wood and stone of Hill House, and whatever walked there, walked alone.” 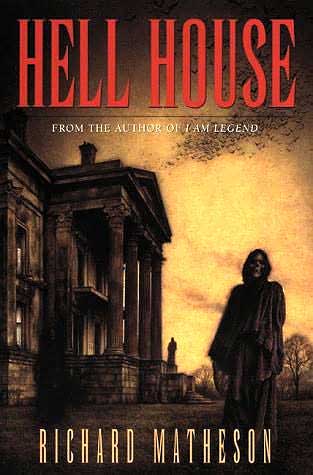 A vivid and powerful opening paragraph to Shirley Jackson’s 1959 updating of the classic ghost story, The Haunting Of Hill House, regarded by many, including Stephen King, as one of the most important horror novels of the Twentieth Century. The novel has been filmed twice, both times under the title The Haunting (1963 and 1999), and was also inspiration for William Castle’s House On Haunted Hill (1959 and 1999). In 1971, prolific horror author and screenwriter Richard Matheson successfully created his own take on Shirley Jackson’s tale, adapted his own novel to the big screen and introduced us to The Legend Of Hell House (1973). 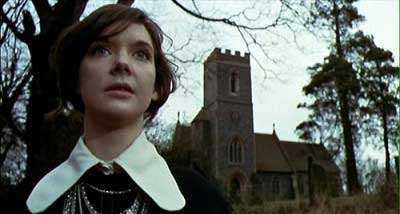 The Mount Everest of haunted houses, it was once the home of Emeric Belasco (Michael Gough), a millionaire infamous for all manner of excessive perversions – sadism, bestiality, necrophilia and cannibalism. A physicist (Clive Revill) and his wife (Gayle Hunnicutt) and two mediums (Roddy McDowall and Pamela Franklin) are hired by an eccentric to prove the existence of life after death, and Hell House is to be the proving ground. The harrowing film documents the group’s two-week stay in the house. As they argue science versus the supernatural, evil forces shake the house. One-by-one the visitors are stalked by the spirits of the house, which seem to manifest a bizarre and powerful sexual influence on them. Piece-by-piece the terrifying secret of Hell House is unraveled, leading the survivors to the film’s final, shocking climactic revelation. 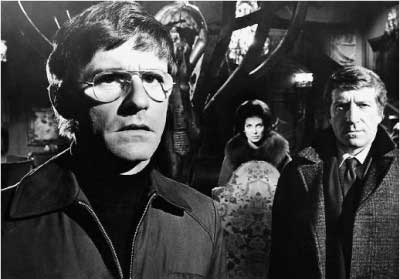 Thankfully, there is no hint of the camp self-parody elements that had crept into the William Castle and Hammer Films of this era. Hell House remains very straight-faced in its execution. In fact, to keep the occult elements as realistic and believable as possible, director John Hough hired Tom Corbett, a renowned clairvoyant and psychic consultant, as the film’s technical advisor. The small cast are all extremely talented, but apart from Michael Gough, who makes a brief uncredited appearance as Belasco, there are two very notable cast members: 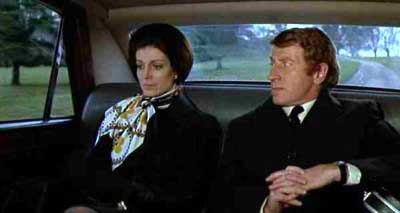 New Zealand-born Clive Revill’s red hair and distinctive features often saw him cast as comic eccentrics in a number of British films of the sixties and seventies such as Kaleidoscope (1966), Modesty Blaise (1966), Fathom (1967), The Assassination Bureau (1969), and One Of Our Dinosaurs Are Missing (1975). He also had notable supporting roles, from Bunny Lake Is Missing (1965) opposite my old mate Larry Olivier, and his American film debut A Fine Madness (1966), to the Insecticon Kickback in The Transformers television series and movie (1986). He is also known for his voice work, which includes Emperor Palpatine in the original version of Star Wars V: The Empire Strikes Back (1980), numerous cartoons such as Batman The Animated Series, Duck Tales, Pokemon, and more recently video games, including Marvel Ultimate Alliance and Conquest Frontier Wars. 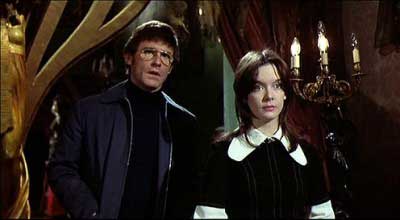 Roddy McDowall, who began his long career as a child actor in the late thirties, should need no introduction. McDowall continued his career successfully into adulthood, but it was usually in character roles, notably in heavy makeup as various chimpanzee characters in four of the five original Planet Of The Apes movies (1968 to 1973) and in the 1974 television series that followed. He was frequently a guest star on television shows, appearing in such series as the original Twilight Zone, The Eleventh Hour, Buck Rogers In The 25th Century, Night Gallery, The Invaders, Fantasy Island, Columbo, and Quantum Leap. He played the villain Bookworm in the camp sixties Batman television series and had an acclaimed recurring role as The Mad Hatter in Batman The Animated Series. He also played the rebel scientist Doctor Jonathan Willoway in the seventies Bermuda Triangle science fiction series The Fantastic Journey. In A Bug’s Life (1998), one of his final contributions to motion pictures, he provides the voice of Mister Soil. 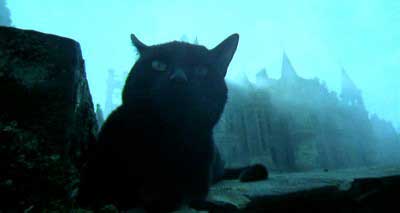 The Legend Of Hell House’s direction and cinematography are impressive, the compositions are suitably atmospheric, utilising split-focus and high, low and wide angles, and finally, the film’s electronic score (by Delia Derbyshire and Brian Hodgson of the Electrophon company) is one of the creepiest ever committed to film. While every horror fanatic was waiting in line to see The Exorcist (1973) for the umpteenth time, this modest little English horror film criminally slipped through the cracks. I would urge you to track down both of the original novels The Haunting Of Hill House and Hell House and their subsequent film versions, and you’ll discover what good ghost stories these are when they’re done right. While you’re doing that I’ll return to the Public Domain to see if I can run to ground something worth discussing when you visit Horror News next time. I’m your host, Nigel Honeybone, and I look forward to seeing you then. Toodles! 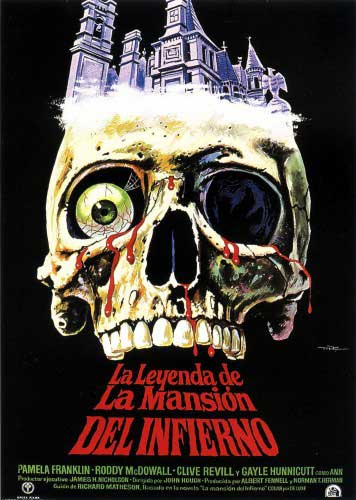