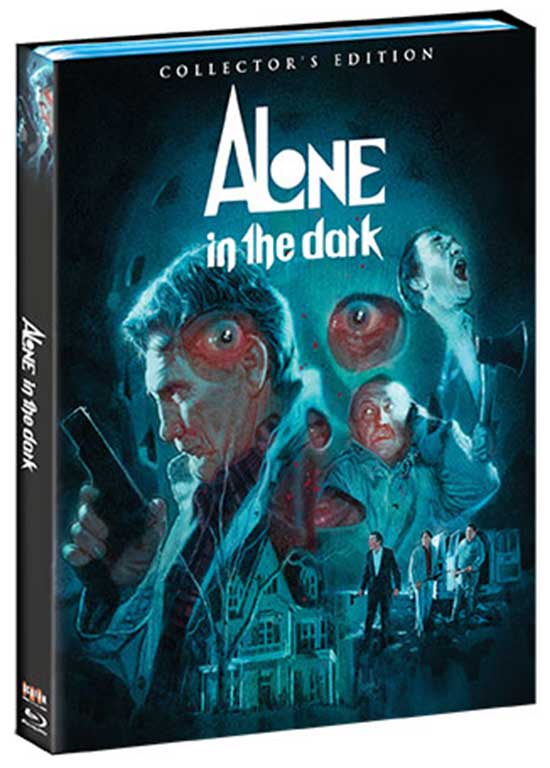 Four homicidal maniacs escape from an insane asylum when a black out causes the state of the art security system keeping them locked up malfunctions. After killing some staff members of the asylum they head toward their new psychiatrist’s house (who they want to kill as they think that he murdered the psychiatrist that he replaced), killing anyone unlucky enough to get in their way. The psychiatrist and his family barricade themselves inside their house and try their best to fight off the mental patients, but will they be able to survive the night?

I can honestly say that I had never even heard of this movie up until it was sent to me to review, which is odd since I am such a huge fan of 80’s slasher flicks and thought that I had seen every single one of them. I really surprised that I wasn’t familiar with it as the cast is made up of some people who were pretty big deals at the time (Jack Palance, Martin Landau, and Donald Pleasence) and it is obvious that it had a pretty decent budget. Hell, it was co-written and produced by Robert Shaye and his always awesome and talented sister Lin Shaye has a very small part in it at the beginning (I’m guessing that she wasn’t well-known at the time or she would have had a major role) but to my knowledge I have never heard anyone ever mention this film and didn’t know it even existed until last week. After watching it I can see why I had never heard of it. It isn’t the worst movie of its kind from the 80’s, but it sure as hell isn’t anything special.

I wasn’t bothered by the fact that it wasn’t the least bit original. I personally like the premise of psychotic killers breaking out of a lunatic asylum and going on a killing spree, it’s just that the countless other movies that I have seen with this plot did it a lot better (the awesome-and very underrated Clownhouse immediately comes to mind as does Halloween, of course). I just thought that the people responsible for Alone in the Dark sort of dropped the ball and while it could have been a very fun, blood and gut-filled thrill ride it tried way too hard to be something else and as a result we have a slow-moving, sometimes very boring film that could have been so much better considering the people that were involved with it. 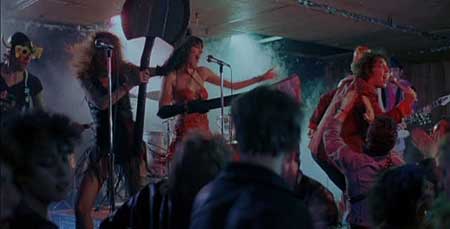 As a matter of fact I think that the biggest reason I couldn’t really get into it was due to the fact that it was so boring. It takes forever for anything of note to happen and over half of the movie is spent wasted on showing the boring psychiatrist go about his daily routine as he interacts with his equally boring family (His sister annoyed the living piss out of me from the first moment she was on camera, as did his odd-looking daughter), the weird people he works at the asylum with (what the hell is up with Donald Pleaseence’s character? Is he good? Evil? 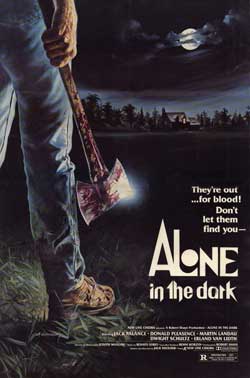 Crazy as a sh*t house rat like his patients? We never really find out), and the crazed patients that he is working with. I was so bored with the movie and was ready to give up on it by the time that the mental patients finally broke out and started killing people that I really just didn’t care anymore. 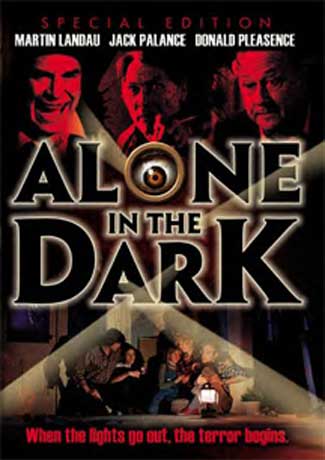 I will admit that despite the fact that the movie had its flaws that there were some positive things about it. I thought that the killers did a really kick ass job and were effectively creepy (especially Martin Landau who plays the crazed ex-preacher who likes killing people and setting things on fire). Plus once things finally start happening there are some pretty decent death scenes. Highlights include a guy who has his back broken (the same way that Batman had his broken by Bane in the comic back in the 90’s) by the very large and intimidating maniac, someone has his throat ripped out by a gardening tool, and some poor bastard gets shot with a crossbow which goes through him and nails him to a tree. 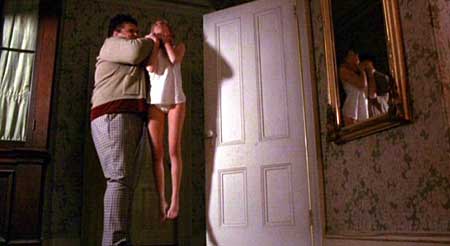 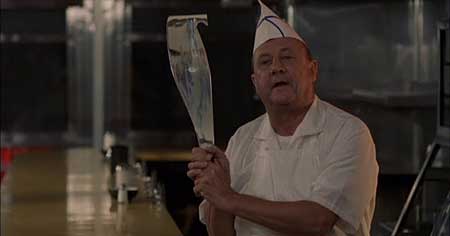 Alone in the Dark could have been a classic slasher flick but it just didn’t do it for me. I thought that it way too much time went by without anything important happening, most of the characters (except for the escaped lunatics) were either annoying or just plain boring, and the body count was entirely too low (We only get a handful of murders that take place which is disappointing when you consider that you have four nutcases running around who are supposedly extremely violent and dangerous). I also thought that the confrontation at the end between Palance and the psychiatrist (that he was so determined to kill for the entire movie) was downright cheesy and very end of the film was just downright stupid and anticlimactic. I wasn’t at all impressed with this film but other people may absolutely love it. Check it out if you can find a copy of it, just because I didn’t care for it doesn’t mean that you won’t enjoy it.