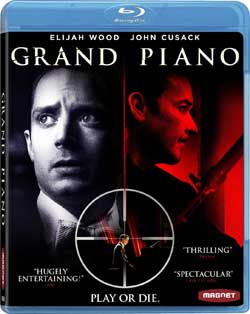 Moments before his comeback performance, a concert pianist who suffers from stage fright discovers a note written on his music sheet.

World class pianist Tom Selznick has a real problem. During his comeback performance in Chicago he opens up his sheet music only to find the following message written in red across the notes he’s supposed to play – “If you play one wrong note you’re dead!” Sniper John Cusack has a rifle trained on him the entire time.

He’s also threatened to kill Selznick’s beautiful wife also in attendance. Via an earpiece that Cusack’s “Clem” forces Elijah Wood’s “Selznick” to wear the two can now hear and speak with each other allowing the movie to finally evolve into a true game of cat and mouse.

Apparently Selznick did a crash and burn five years prior while trying to play a piece of music, La Cinquette, “the unplayable piece,” composed by his now deceased mentor whose creepy piano he must play it upon. Cusack’s Clem forces an already jumpy, extremely tense Selznick to play it flawlessly. 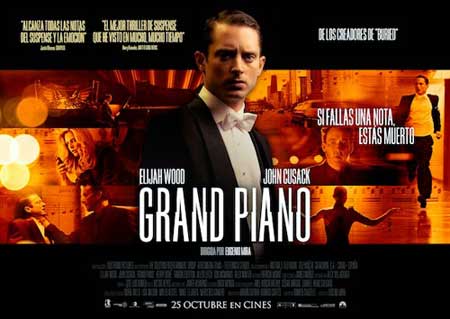 Clem is aided by a sidekick masquerading as house security at the concert hall who winds up doing most of Clem’s dirty work and recon for him since he’s tied up aiming a sniper rifle at poor Tom the whole time. And if you think you might recognize the actor playing said henchman, that’s because you probably saw a movie back in the 80’s he was in that made his career – “Bill and Ted’s Excellent Adventure.” If you guessed Alex Winter, you’re right on.

The movie is basically told in three discrete acts that kind of correspond to the music Selznick is playing. And yes that’s actually Elijah Wood playing the piano, the sacred 97-key Bosendorfer grand. Apparently Wood’s greatest challenge with this movie wasn’t learning the key strokes as much has it had to do with being able to coordinate himself in such a way that he could talk and play at the same time without interrupting his hand and finger movement. 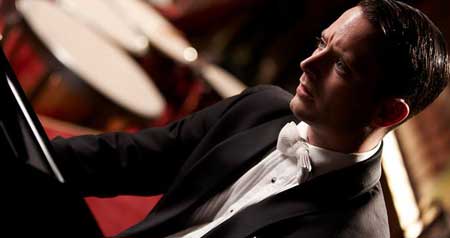 We’re talking about Cusack and Wood here, two accomplished actors so their performances were right on. I could’ve done without some of the supporting actors and characters they played but they didn’t hurt the movie with their nonsensical screen time, I just found it distracting when I’d like to learn more about Clem and Selznick. 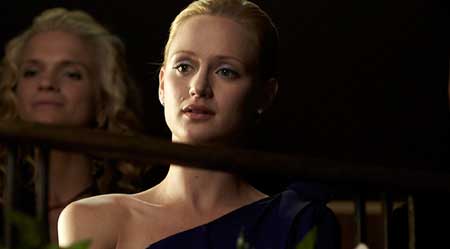 The whole production is flawless. The writing, the dialogue, the characters, the story itself, all good. I had three issues with “The Grand Piano” and that was it, the last being the movie’s ending which for spoiler reasons I won’t talk about, I’ll just say I for one didn’t care for it. The second issue I had was, is the movie going for a Hitchcock type feel or was director Eugenio Mira trying to pay homage to Hitchcock, director to director, with the look, feel and vibe of this movie? It was kind of cloudy and I was looking for more resolution, that’s all. 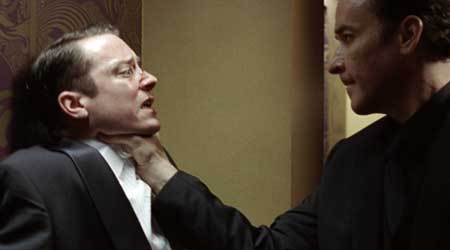 Finally the movie had more than a passing resemblance to Sandra Bullock in “Speed.” Here Wood has to play flawlessly or die and Bullock had to keep that damn bus at a certain speed or die along with everyone else on board. The similarities are a little too close for comfort but Mira pulled it off quite well. 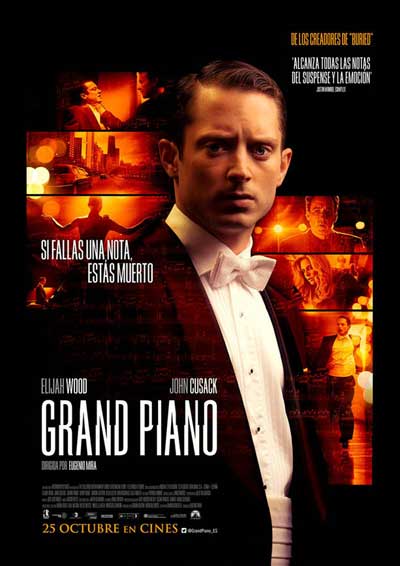 I mean that’s it, the movie was excellent. It was a white knuckle trip for 90 minutes, that’s for sure, and “The Grand Piano” played out at a well maintained tempo which could’ve potentially killed this movie had Mira slowed it down too much or made it too manic. This is a definite must see. I like Cusack playing creepy bad guy roles, he’s good at it and Wood getting away from the Frodo curse and making solid movies will only build his career bigger. Rent or buy, “The Grand Piano” is excellent either way.