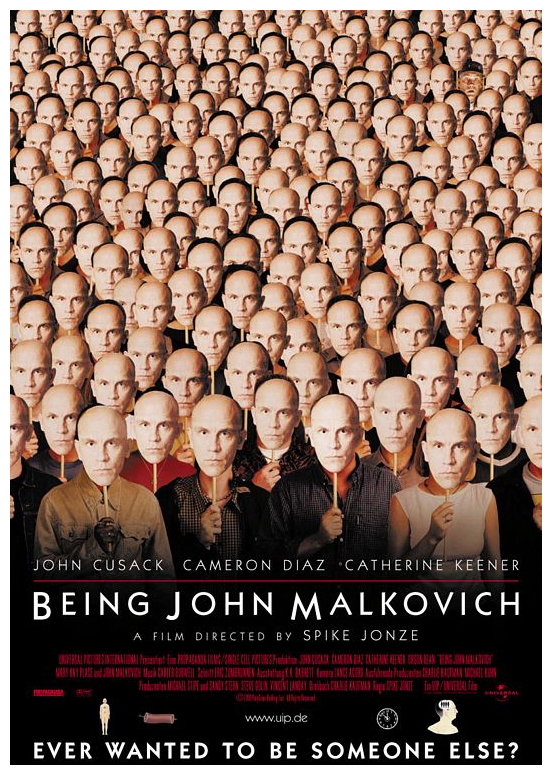 “Puppeteer Craig Schwartz and animal-loving pet store clerk Lotte Schwartz are just going through the motions of their marriage. Despite not being able to earn a living solely through puppeteering, Craig loves his profession as it allows him to inhabit the skin of others. He begins to take the ability to inhabit the skin of others to the next level when he is forced to take a job as a file clerk for the off-kilter LesterCorp, located on the five-foot tall 7½ floor of a Manhattan office building. Behind one of the filing cabinets in his work area, Craig finds a hidden door which he learns is a portal into the mind of John Malkovich, the visit through the portal which lasts fifteen minutes after which the person is spit into a ditch next to the New Jersey Turnpike. Craig is fascinated by the meaning of life associated with this finding. Lotte’s trips through the portal make her evaluate her own self. And the confident Maxine Lund, one of Craig’s co-workers who he tells about the portal if only because he is attracted to her, thinks that it is a money making opportunity in selling trips into Malkovich’s mind after office hours for $200 a visit. Craig, Lotte and Maxine begin to understand that anyone entering the portal has the ability to control Malkovich’s mind, which also alters his entire being. This experience makes Maxine fall in love with a composite. This ability to control Malkovich’s mind begs the question of the ultimate psychedelic trip for Malkovich himself, who begins to feel that something is not right in the world as he knows it.” (courtesy IMDB)

Three decades ago, respected Hollywood screenwriter Charlie Kaufman was scribbling sophomoric articles for National Lampoon magazine (including parodies of The X-Men and Kurt Vonnegut) then, after completing several unsold feature film scripts, he turned to television to create teleplays for Married With Children, Newhart, Get A Life, The Edge, Ned & Stacey and The Dana Carvey Show. He first came to mainstream notice when one of those unsold scripts was read by Francis Ford Coppola, who recommended it to his then son-in-law Spike Jonze, who agreed to make it his feature film directorial debut. Acclaimed music video director Jonze (previous works include Weapon Of Choice by Fatboy Slim and Sabotage by the Beastie Boys) turned one of the oddest concepts for a movie into one of the most inventive Hollywood films of the nineties. At a 2011 lecture Kaufman said, “I had this idea that someone finds a portal into someone’s head, and I had another idea about someone having an affair with a co-worker, and neither one was going anywhere, so I just decided to combine them.” 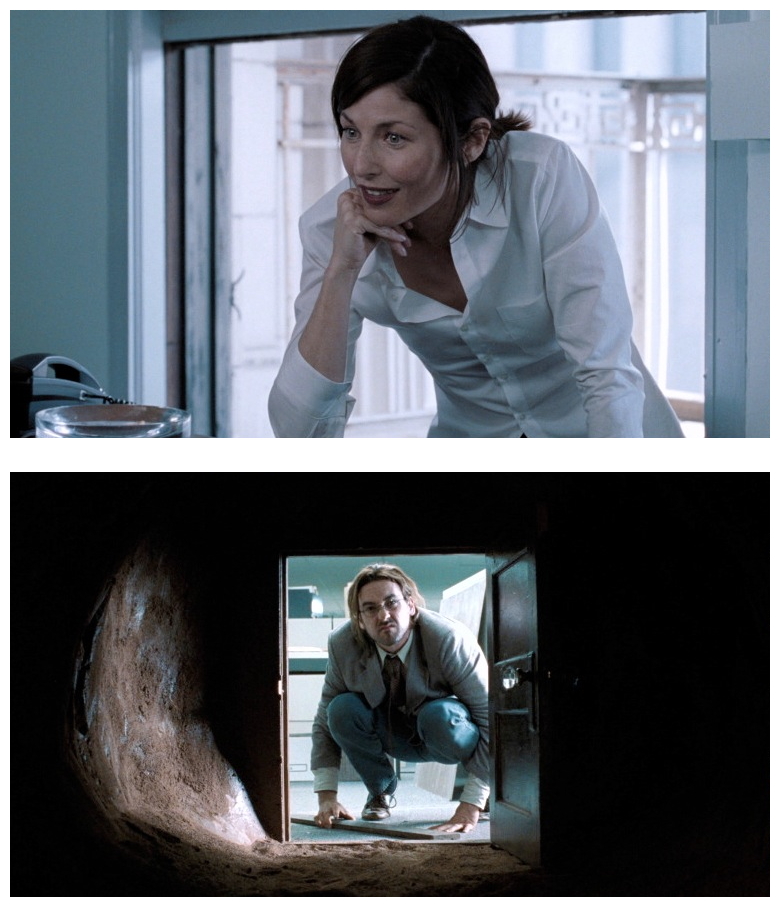 Craig Schwartz (John Cusack) is an unkempt puppeteer scraping a living with dark (and somewhat traumatic) street puppet shows. His wife Lotte (Cameron Diaz) spends what little money they have on raising the menagerie of animals she has living in their small home. To earn extra cash Craig takes a job as a filing clerk in a rather strange company on floor 7½ of a Manhattan office building (he notices this exactly seven minutes and thirty seconds into the film). How an office could exist between the seventh and eighth floors is a movie in itself, but it’s a door that Craig discovers hidden behind a filing cabinet that sets the film’s weird events into motion. When Craig crawls through it, he discovers it’s actually a portal that sends him tumbling into the brain of famous actor John Malkovich (as himself). Craig experiences the same things Malkovich does for just fifteen minutes before being expelled abruptly onto the side of a nearby highway. Kaufman weaves an intricate plot around this idea, beginning when Craig lets his colleague Maxine (Catherine Keener) in on his discovery and she convinces him to charge people to try this demented theme-park ride. Somehow all parties involved – including Malkovich himself – must find a way to cope with this bizarre pseudo-miracle. 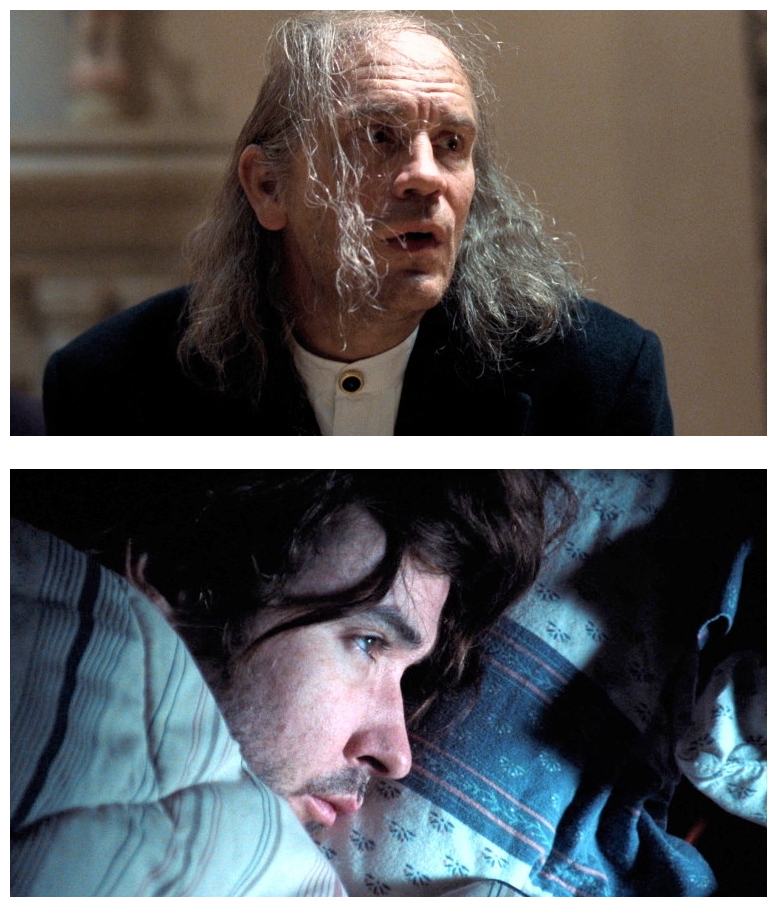 Jonze surprises us at every turn as he tells this smart, subversive, darkly comic tale and the cast – particularly Cusack and Diaz – beautifully translate his quirky vision to the screen. Experiencing the opposite sex from an insider’s perspective provides an orgasmic rush like no other for pet-obsessed Lotte, and Orson Bean is hilarious as Doctor Lester, the dirty old man who sets poor Malkovich’s ordeal in motion, whether sharing his joys with kindred spirit Craig, or welcoming a distraught Lotte into the communal invasion of their victim’s rattled psyche. There’s also a number of celebrity cameos, including Andy Dick, David Fincher, Sean Penn, Brad Pitt, Winona Ryder, Charlie Sheen and the boy band Hanson. Of course, Being John Malkovich wouldn’t have worked without the eponymous actor, who parodies his own image brilliantly, especially in one scene when he tries the portal himself and ends up in a restaurant absolutely full of Malkovichs. Malkovich was approached about the film several times and loved the script, but he insisted that another actor would fit the role better. Many people (including Malkovich himself) were asking why it wasn’t called Being Tom Cruise instead. 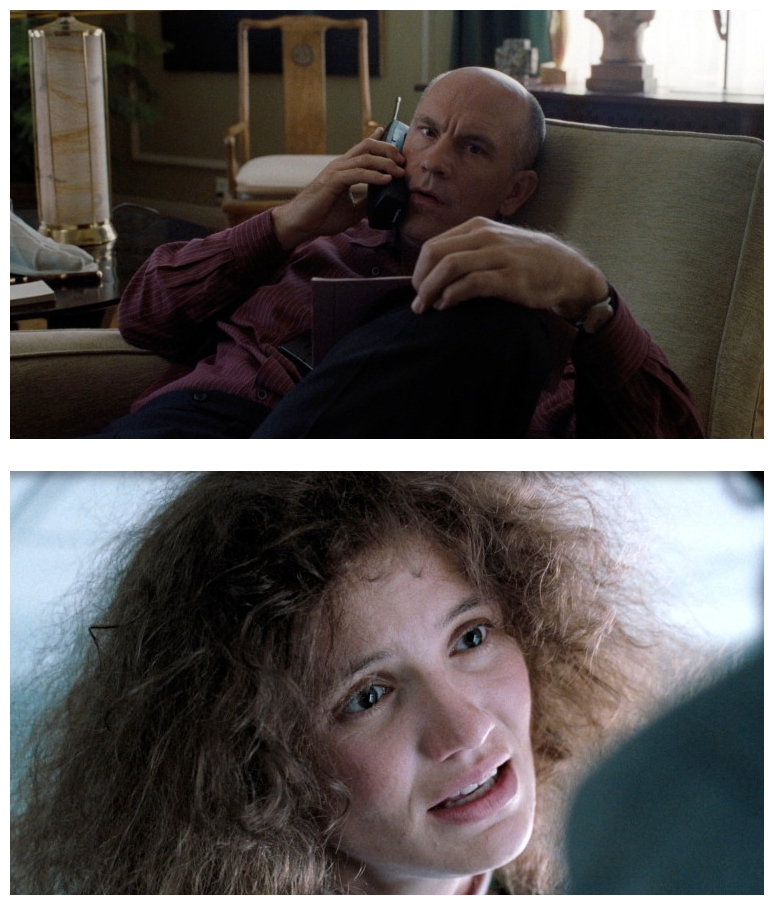 Malkovich offered to help produce the film and assist Jonze in any way, but refused to star in it. After a couple of years of persistence, Malkovich’s will was worn down by Jonze and he eventually agreed to star in the film. “It never occurred to me that anyone would actually be goofy enough to make that movie but, of course, I hadn’t met Spike Jonze then.” With the possible exception of Malkovich and a monkey, there are no likeable characters. Although the concept of seeing life through somebody else’s eyes fuels the plot, what screenwriter Kaufman is more interested in is the chronically amoral nature of humankind. Schwartz may be our put-upon protagonist, but he’s just as shallow, selfish and manipulative as everyone else in this story. It’s no great shock that Being John Malkovich ends with Schwartz, the ultimate insecure control freak, having his way with unsuspecting sex object Maxine (the quintessential bitch), whether it’s happening in his own mind or through her own ‘portal’ that he’s discovered. 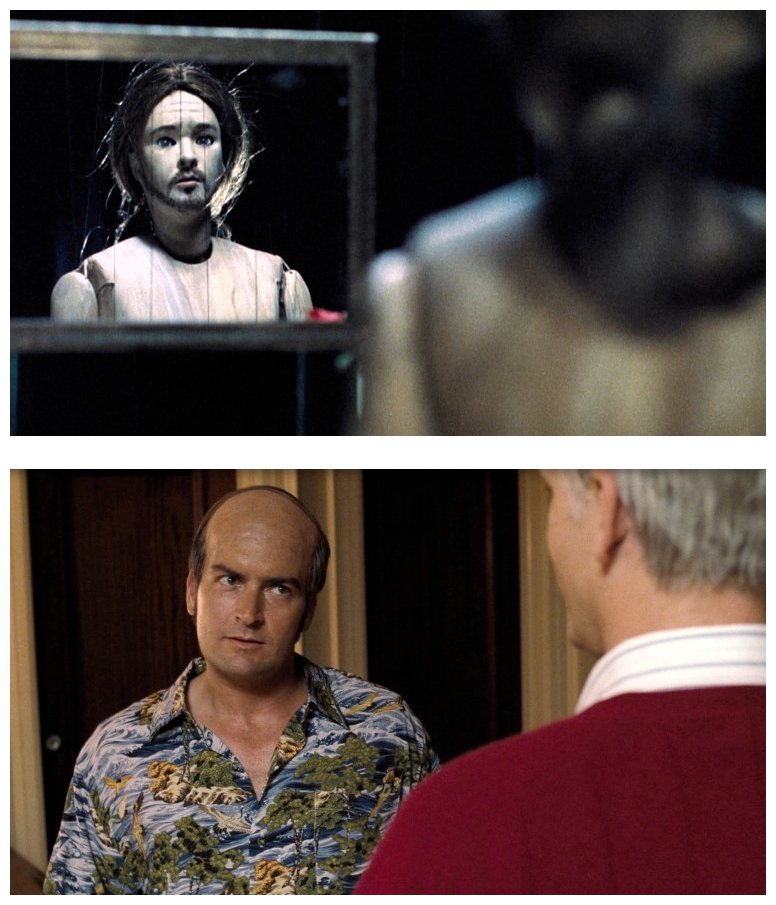 It’s significant that Kaufman has his anti-hero talk about the profound importance of the mind-link he’s stumbled upon, so that the grotesque immorality of transforming this miracle into a tawdry money-making scheme is all the more pronounced. Malkovich himself, an exploited innocent and the human vessel for aging would-be immortals, has the rare opportunity to see the world through his own parallel mind, and it turns out he’s just as self-obsessed as everyone else. Looked upon from a different perspective, Being John Malkovich functions very nicely as a wacky parody of romantic comedies. Super-cynical and a ruthless mirror to our selfish obsessions, it’s a rollicking good time. You may hate yourself after watching it, and rightly so, but there’ll probably be a sick smile on your face as you pathetically relate to the actions depicted. Anyway, please join me next week so I can poke you in the eye with another frightful excursion to the backside of Hollywood, filmed in glorious 2-D black and white Regularscope for…Horror News! Toodles! 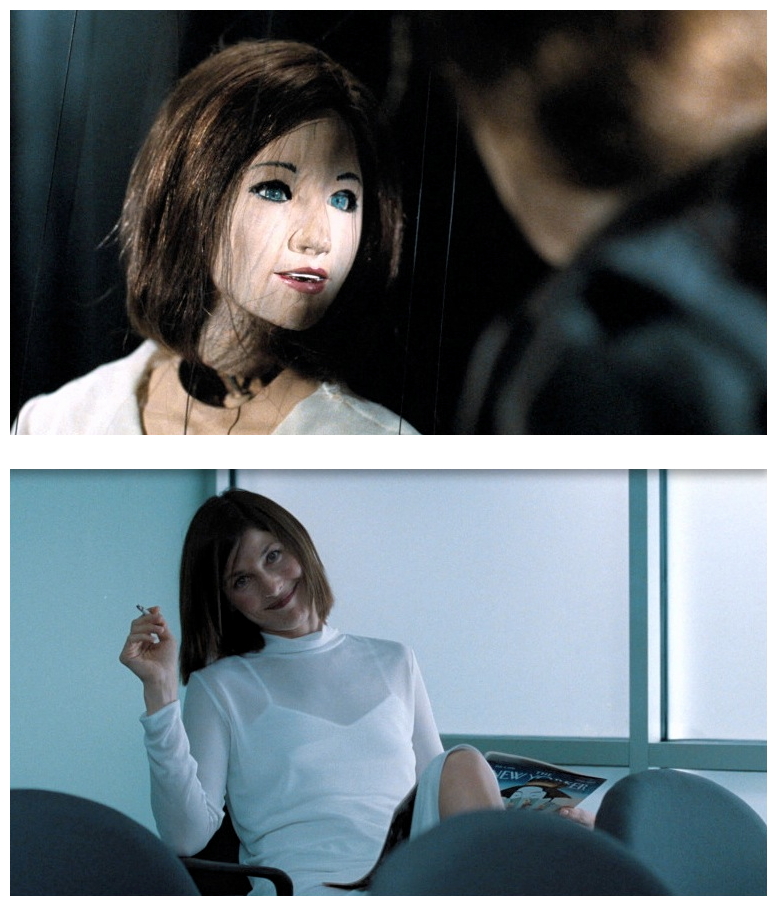