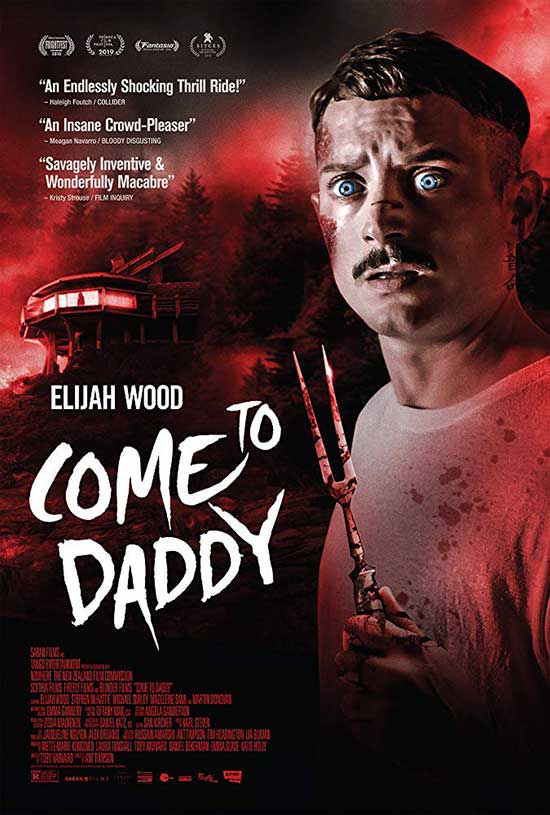 A man in his thirties travels to a remote cabin to reconnect with his estranged father.

Elijah Wood has had quite a career in the last couple of years. Since starring in the Lord Of The Rings films, Wood has made a name for himself as a prominent figure in the genre film medium as both an actor and producer. Recent genre hits like, Mandy, Daniel Isn’t Real, and Color Out Of Space all were produced in some part by him. Like many of us, Wood has a love and appreciation for genre films and films that generally don’t attract many mainstream viewers. Come To Daddy is one of those films. To put it mildly, this film is bonkers, I can’t even discuss the plot too much as it will spoil the film which is filled with twists. It’s a film like The Perfection or The Cabin In The Woods, it’s better to know as little as possible about the film. 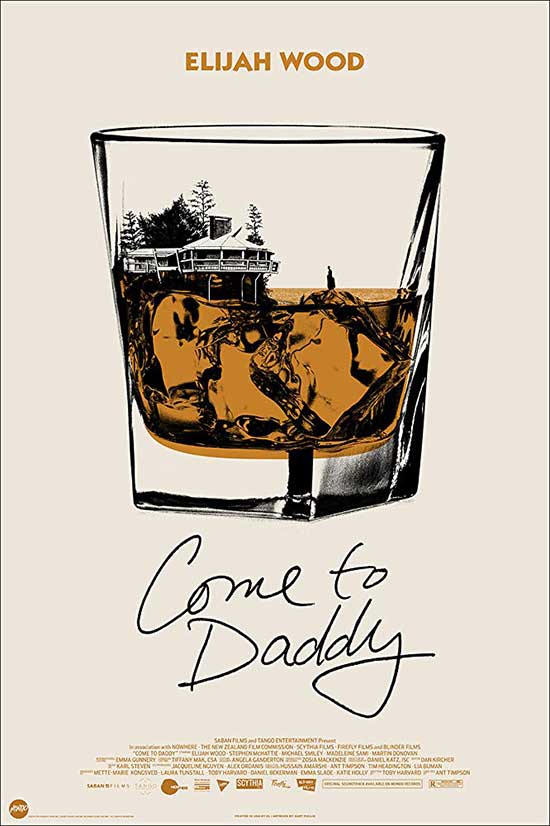 The film follows Norval Greenwood (Elijah Wood) a wealthy and privileged aspiring musician who still lives with his mother in Beverly Hills. Norval hasn’t since his father since he was five and has received a letter from his estranged father wanting him to come to his cabin in Oregon. He sets off to meet his father and things begin to get weird and disturbing. This is all you should know about the plot going in so as not to ruin the film.

While watching this I was constantly thrown off each twist and how far it took the film in a different direction. It almost feels like three separate films in one gently weaving into different genres, with elements of horror, comedy, and thriller. The film constantly will keep you guessing about what will come next as it gets progressively weirder and out there. Avoid all spoilers going into this film I can’t stress that enough.

Wood gives a stellar performance as Norval, it’s so different from anything I’ve seen from him in the past. Wood is naturally very likable and charismatic in real life, Norval is none of those things. Norval is a douchey and petulant man child who’s never had to do anything for himself. He’s very insecure, vain and selfish and doesn’t seem to realize how privileged he is. He grew up in a mansion in Beverly Hills, has a cellphone lined with solid gold and designer clothes. Throughout the film, he is constantly lying about his success as a musician because, despite all of his advantages in life, he’s not successful in that field. Ultimately he’s an insecure and sad little boy who never got over that his daddy abandoned him. 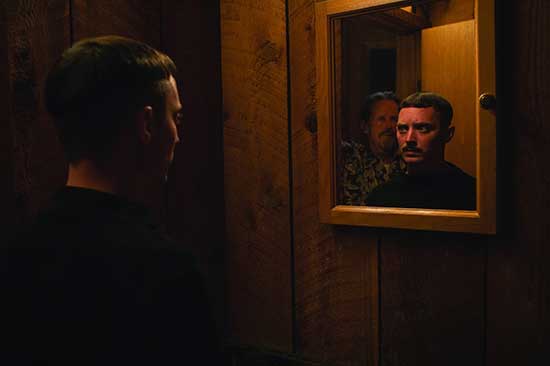 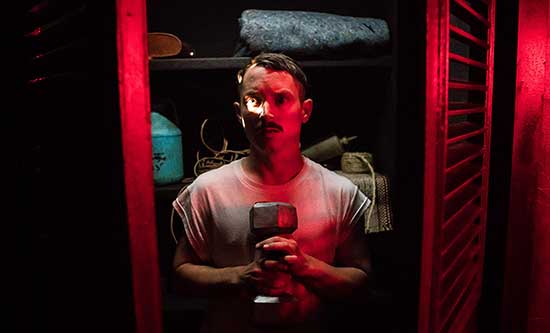 Wood’s talent shines in this performance because even though Norval is a very unlikable character,  I was still invested in his story and wanted him to succeed. The naturalness and likeability of Wood make for a very compelling character. There are several scenes throughout the film of just Norval in his father’s cabin at night that give off a tremendous feeling of dread and isolation as the cabin is in the middle of nowhere.

The one major criticism I would give the film is once the first major twist happens, the film slows down a bit too long. It does serve a purpose as it is setting the tone and giving us a glance into Norval’s psyche but I feel like it went on a bit too long and maybe could have speed things up a bit. That being said the final act of this film is bonkers, off the wall and kept me invested until the credits rolled. I won’t go into specifics but needless to say, if you are a fan of weird films that really go there, you will appreciate the final act of this film.

Come To Daddy is not a film for mainstream audiences, it is a film for film lovers who love seeing something different that will keep them thinking about it long after the credits roll. It’s not for everyone as it is a weird movie. But that’s what I loved about it, its so weird and it takes chances other films might not. Some moments are funny, scary, dramatic and downright ludicrous and somehow it all works. This is definitely one to check out.

Come to Daddy, arriving on Blu-ray™ (plus Digital) and DVD March 24 from Lionsgate.

Pack your bags for a family reunion of a very different kind when Come to Daddy arrives on Blu-ray™ (plus Digital) and DVD March 24 from Lionsgate. The film is available now on Digital and On Demand. Starring Elijah Wood, Stephen McHattie, Martin Donovan, Michael Smiley, Madeleine Sami, and Simon Chin, the thrilling father-son horror comedy Come to Daddy will be available on Blu-ray and DVD for the suggested retail price of $21.99 and $19.98, respectively.