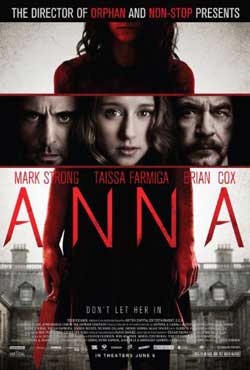 John Washington, a “memory detective,” is assigned a seemingly simple case: he must make Anna Greene, a disturbed sixteen-year-old on a hunger strike, eat. Difficulties ensue, though, as he finds Anna could be much more dangerous than she seems.

What if a sixteen-year-old girl was a diabolical genius? For real, imagine what that would be like. For real. And such is the spirit of Jorge Dorado’s new psychological thriller, ANNA.

We can tell by all the sour looks, boozing, and flashbacks to his wife’s suicide that John Washington’s (Mark Strong) life isn’t going well. He’s a remote viewer—like Ben Kingsley in SUSPECT ZERO, but more Jason Statham-esque, and not a serial killer. His boss, Sebastian (Brian Cox), head honcho of the company Dreamsc–I mean–Mindscape, is understanding. He recognizes, after John’s wife’s suicide, John isn’t ready to be back on the big time cases. So he assigns Washington a seeming cut and dry one. A wealthy family in town needs a memory detective to get their moody daughter, Anna Greene, off a hunger strike. She’s moody, all right–and troubled–Lord knows she’s troubled. She can’t even go outside! It’s nice because, if you forget at any point in the film that she is a disturbed teenage girl, a reminder will be coming any minute. 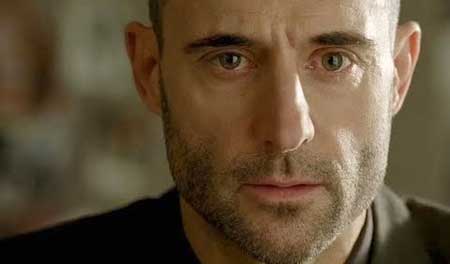 Washington gets in her head . . . and she gets in his. Maybe she’s a psycho, maybe not. Maybe it’s her parents who are the psychos, maybe not. She nevertheless reassures him, “I’m not a sociopath. I’m just smart enough to think like one.” Is Washington surrounded by bad people or is Anna wrecking them from afar? Is he in danger, himself? Thus is the teeter-totter plotting in ANNA.

It has some suspense, ANNA, but it’s predictable. The pacing is slow, and the conclusion isn’t that rousing. I won’t spoil it for you here, but you would probably be able to guess what happens. We do get to explore Washington’s mind, though–just as much as the eponymous villain. And that’s no small feat: identifying with him on his perplexing psychic roller coaster ride–taking it with him, almost. If only that was enough to carry the movie. Taissa Farmiga is impressive, too. Duplicitous. Unassuming. Sweet . . . Evil. Even if the lines she has are hackneyed, she delivers them with a sense of realized character, strengthening the film in that regard.

The weakness of the movie, though, is how it beats you over the head. The great cast deserves a better script–one that does more than constantly regurgitate exactly where we are in the story at any given moment. Sure, dialogue ought to drive the story forward, but it can’t do all the work. So, wait, Washington’s going through tough times, right? It’s either Anna or her parents who are nuts-o, right? YES. Enough, already; it’s coming across as excessively talky here. And it takes itself seriously. It’s gray; no one’s happy. No one’s laughing. You better *#%$-ing believe this story about psychic detectives! It’s no joke, man.

Cinematically, it’s slick: shiny, fancy cars, deluxe bathrooms, technology. There’s a lot of emphasis on objects. The stuff in ANNA gets a lot of close ups. No one’s sure, though, if they’re there to look cool or mean something. Anna likes having a metronome run while John reads her memories. That metronome gets a lot of attention from the camera, too, and becomes an integral part of each memory scene–but why? 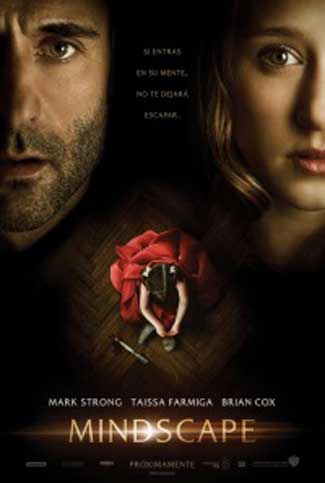 The ample flashbacks are well staged and edited, coming across as unobtrusive to the story. They’re not overly flashy or visually manipulated either. And finally, we have a movie that actually needs them. 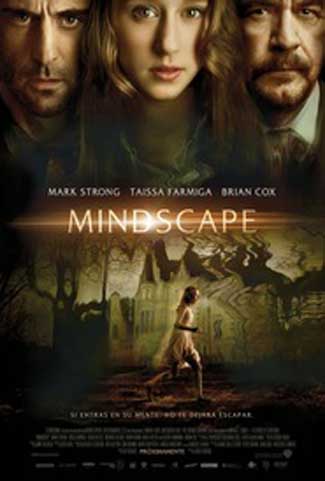 ANNA is a mixed bag. It has good elements and bad ones. The story doesn’t put enough at stake for it to be too intriguing, or to warrant its dripping pace. I’d imagine most people will probably get bored by this one. It’s a thriller that seldom thrills; and to say it’s heavy-handed is an understatement. Coming away from it, you may just feel like it invented heavy handedness.