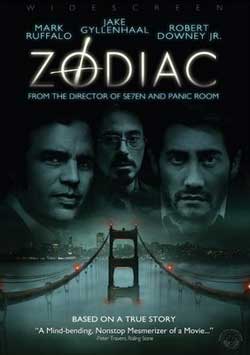 A San Francisco cartoonist becomes an amateur detective obsessed with tracking down the Zodiac killer.

We’ve all seen the title card before.  Looming ominously on the silver screen, rarely ever a harbinger of the latest feel-good romcom.  In fact, “Based on a true story” (or some interchangeable variation) is usually an indication that there will be murder afoot.  The guidelines for this bold declaration are basically nonexistent, as displayed by nearly every found footage flick.  Hell, the Coen Brothers slapped the disclaimer on their fictional “Fargo” just to screw with people.  Not one scratches the surface of reality.  “Zodiac” plumbs its depths. 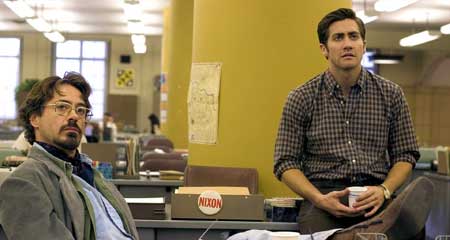 Based primarily on Robert Graysmith’s 1986 novel of the same name whilst infusing his 2002 follow-up, “Zodiac Unmasked,” director David Fincher (along with screenwriter James Vanderbilt and producer Bradley J. Fischer) went to great pains to construct the masterpiece this film is.  All three spent eighteen months conducting their own investigation into the murders before finalizing a script.  Poring over old police records and interviewing witnesses, retired officers and even Zodiac’s two surviving victims, they had hoped to shed further light on the murky, bottomless case.  Over a year of independent research and two books is a pile of material to sort a movie out of.  Somehow Fincher and company pulled it off, creating a challenging but fascinating procedural, and one of the very best films of its year.  Specifically, it made my #3 slot for 2007, after “Persepolis” and “Gone Baby Gone.”

Wasting no time after a beautiful suburban crawl to Three Dog Night’s “Easy to be Hard,” we open with the 1969 shooting of Michael Mageau and Darlene Ferrin at a park in Vallejo, California.  Though Zodiac’s second attack chronologically, this serves as the perfect springboard for the enterprise, beginning shortly prior to the killer’s first letter to the San Francisco Chronicle.  Threatening to murder a dozen innocents over the course of the weekend if not printed on the front page (two other publications received the same correspondence), the envelope also contained a long cryptogram, to later be deciphered by a civilian couple after it was made public.

Holding a special interest in the case that would quickly dissolve into obsession, at the story’s center is Graysmith himself.  A political cartoonist for the Chronicle, he’s intriqued by the killer’s encoded message, then further embroils himself by joining forces with reporter Paul Avery.  Over a few too many Aqua Velvas (Graysmith’s drink of choice, and a fleeting moment of levity), Avery reluctanctly agrees to his assistance in the investigation.  Jake Gyllenhaal shifts from wide-eyed curiosity to doomed intensity throughout the span of two decades, and this remains his strongest performance.  It’s Robert Downey Jr. however, who steals every second the duo shares as Avery.  Pompous and perpetually under the influence, he is the most memorable character in a piece that is wall-to-wall outstanding acting.  A thespian who never ceases to amaze, Downey outdoes himself here. 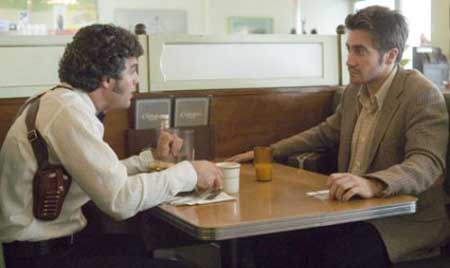 After a stabbing at a Napa County lake in a brutal and chilling scene, Zodiac strikes in San Francisco by shooting a cabbie in the back of the head.  The action then becomes balanced between the journalists and the police detectives assigned to the case, Dave Toschi (a “superstar” cop who trained Steve McQueen for “Bullitt”) and Bill Armstrong.  Mark Ruffalo, compulsively munching Animal Crackers as Toschi, lends his usual able support to the proceedings.  I’m not certain I’ve ever witnessed Ruffalo actually acting, but he’s a delight nonetheless.  Mostly absent from the big screen during his steady gig on “E.R.,” Anthony Edwards returned triumphantly as the world-weary Armstrong.  These two merely talking to a disembodied voice on a speaker phone is enthralling, and their reenactment of the crime scene is a telling insight into real detective work.

It’s the work aspect of the case Fincher explores the deepest, blazing nearly every avenue of serious investigation with a microscope, though anyone familiar with the story knows that almost all of them lead nowhere.   Not since “JFK” has a movie provided so much information so relentlessly.  Like Oliver Stone’s opus, what makes “Zodiac” a frustrating experience at times is knowing it will never answer its own inital question, only create more before the final credits roll.  Of course, if every true story concluded in Hollywood closure we wouldn’t need Hollywood, now would we friends?

Of the three or four persons of interest discussed, the most likely suspect was Arthur Leigh Allen, a blue collar worker with a shopping list of circumstantial evidence pointing in his direction.  John Carroll Lynch, from the aforementioned “Fargo,” is one of the most underappreciated secondary performers working in the business, proving it once again as Allen.  Displaying an “aw, shucks” exterior that masks a cold and oddly effeminate core, Lynch is a creepy revelation.  Unable to make the arrest or even obtain a search warrant (they would a year too late), the police are forced to redirect their attention elsewhere, quite possibly letting Zodiac slip through their fingers.  Thanks in large part to Graysmith’s dogged pursuit and Mageau’s positive identification of Allen years later, the authorities were able to start mounting a substantial case against him.  Allen suffered a fatal heart attack in the 1990’s, leaving behind one hell of a loose end when the San Francisco Police Department deactivated the investigation in 2004.

Within the historically staid confines of docudrama, Fincher has created an astonishingly nuanced work of visual art with “Zodiac.”  Incorporating both digital technology and standard film, he stages some breathtaking imagery, most notably an overhead shot following a car as it combs the city streets.  A remarkable special effect in that it looks absolutely nothing like a special effect, he exhibits the same mastery with a faux time-lapse sequence of a building being erected to indicate the passage of months.  Long after “The Social Network” and “The Curious Case of Why Is This Movie a Pile of Garbage?” (or something like that), “Zodiac” is still the film maker’s most accomplished achievement to date. 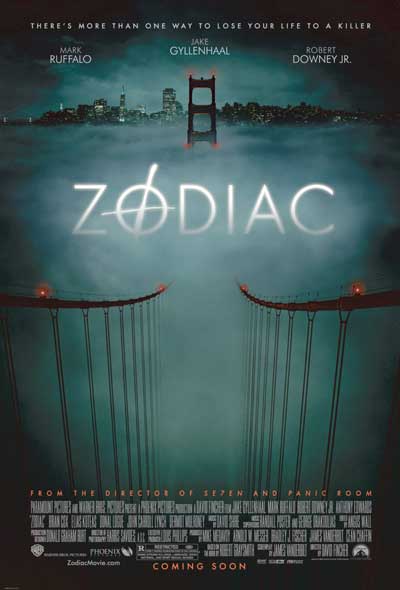 Because of its meticulous reputation and 157-minute (some DVD releases clock in at 162) run time, many have avoided “Zodiac” for fear of boredom or apathy.  In that regard, it has been argued that the film is too well-done for its own good.  It’s a valid point, but dead wrong.  On a topic such as “Zodiac,” I refuse to entertain opinions contrary to my own, that’s how highly I feel about it.  Six years and multiple viewings later, the thing still awes me.  Bravo.