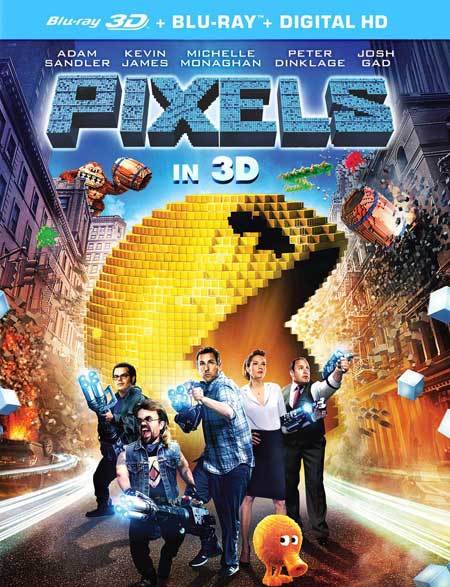 When aliens misinterpret video feeds of classic arcade games as a declaration of war, they attack the Earth in the form of the video games.

Quite possibly one of the very few films that was most likely intended for younger audiences, that ended up appealing to the older generation-x audience. These video games which by today’s video enthusiasts are deemed boring, lame, or simply retro were the lifeblood of my generation offering hours of entertainment under simple designs, game themes, and pixilated graphics.

Somehow they still hold their charm bringing memories of a lost era. The movie “Pixels” does a perfect job of reintroducing some of these lost concepts to new viewers while bringing back those cherished memories to older viewers. Each game portrayed in this film serves as an iconic staple of the arcade generation that once was. We have Pacman, Galaga, Space invaders, Centipede, and Donkey Kong taking the lead with a smattering of other retro games rearing their heads thru familiar icons or characters (how bout that…..”Joust”?) 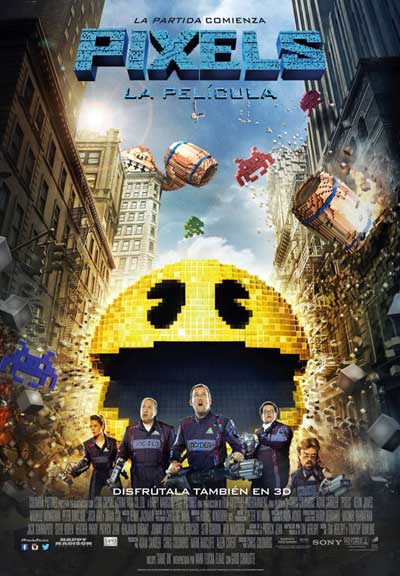 The film “Pixels” brings together a stellar cast of comedic actors complimenting each other under the umbrella of a simple, yet well-illustrated concept. An invasion is brought on by an alien race that misinterprets a time capsule launch from the 80’s as an declaration of war. The aliens (which are never really revealed) arrive in the form of arcade characters challenging earth to a living arcade game that threatens Earth’s existence upon failure.

Pixels begins as any retro movie should, it is set in the past during a local arcade challenge to determine the reigning top-gun gamer. Adam Sandler plays the role of Sam Brenner, an arcade genius who at an early age quickly learn his way around the patterns of the games. Peter Dinklage plays the antagonist challenger Eddie who self proclaims himself “Fireblaster”, a moniker used to intimidate his opponents during face-offs.

Kevin James stars as Cooper, a gamer that grows up to be the president of the united states. Josh Gad provides additional highpoint comic moments as the younger friend who also knows his way quite well around arcade games. His childhood was often filled with delusions of someday meeting the fictional character Lady Lisa (Ashley Benson) whom he developed a crush on during game play.

Actress Michelle Monaghan rounds out the ensemble here as love interest Violet Van Patten, a Lieutenant Colonel who aids the “geeks” in their quest to fight off the invaders using strategies they perfected when they were 13.

When Earth is challenged president Will Cooper calls upon his old pals to figure out an arcade-centric strategy to appropriately battle against the aliens using old gamer techniques. The armed forces, while ready for battle, prove to be incapable of “thinking” like gamers to fight invaders in patterns that are dependent on knowing the game strategies rather than standard tactics. Light guns are used while virtual video games form in the sky above them. The geeks are deemed champions and assembled to defend the earth as each new challenge arises.

Each pixel-formed character uses weaponry that turns anything they touch “into” pixels making for some cool new fx sequences (yet to be seen in film). This simple effect also makes for some great comedic highlights that play off of the actors strengths.

I loved each of the actors contributions in what I’m calling a psuedo-Ghostbuster-like team that begs for a sequel uniting them once again.

“Pixels” is simply a fun and humorous movie offering a little bit of its magic to every family member who watches it. The cast brings their A-game making for a highly enjoyable experience that includes plenty of great special effects moments cleverly presented to perfectly represent the games of origin. It’s never overdone saving each effect for its highlights in the film culminating in a lost-age-revival-meets-chaos final act that is as charming as it is destructive. Fans of this era will most like watch the film again and again looking for characters you missed in the first round. 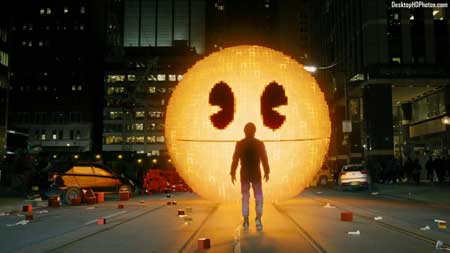 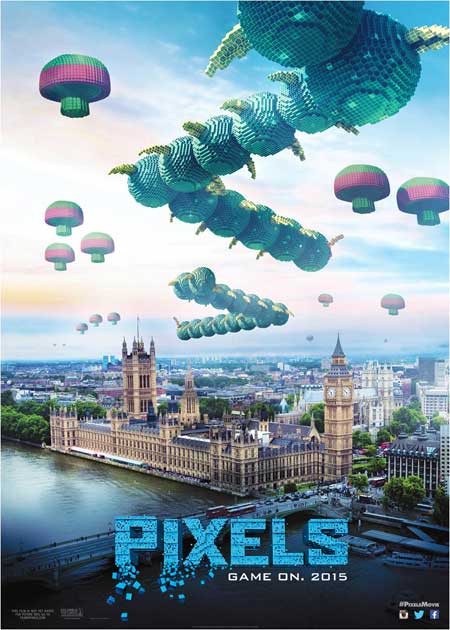 Stick around for the end credits which also makes clever use of retro video games to story board the entire film.