Found footage is commonly perceived as an easy route to manufacturing a low budget horror film. But is it? Really? The producer, writer, director team of Brian Netto and Adam Schindler are promoting their first feature, Delivery: The Beast Within. It also happens to be a found footage film. They share their opinions, experiences and decisions in approaching their material with the found footage slant.

Brian Netto and Adam Schindler (Producers/Writers/Directors)  join Doc to discuss their upcoming film Delivery: The Beast Within. The delve into the film from conception to gestation to birth, everything that went into creating their first born. They share how Orin (Paranormal Activity) Peli became a godfather to the film (of sorts) and what it took to guide the film to land into the laps of the audience. The film is out on VOD as of May 27 with a theatrical run beginning May 30 and a DVD release later in the year.

You can find out more about Brian Netto and Adam Schindler and their film, Delivery: The Beast Within, at these links: 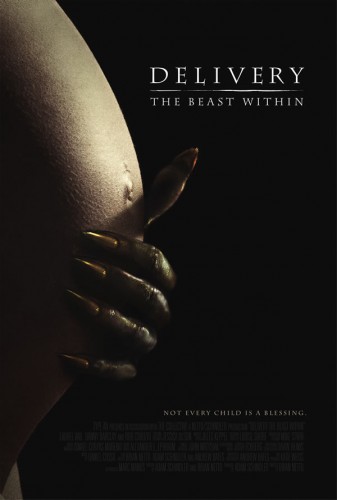