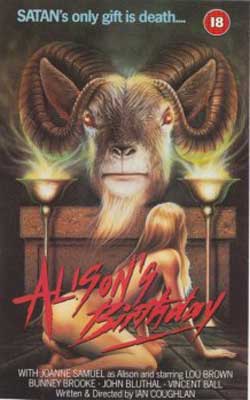 A young girl is subjected to a reign of terror so that her soul can be transferred to the body of an old crone.

It’s funny how birthdays morph into just another day as a person ages. In childhood, birthdays are anticipated, a sign of development and growth. There are milestones – terrible twos, sweet sixteen, drinking at 21. And yet as children progress into adulthood the excitement of aging fades into a complacency, then defeat. It’s not so bad, though; the alternative could be being sacrificed to a Celtic god known as Mirne on your nineteenth birthday. Such is the case with Alison’s Birthday. 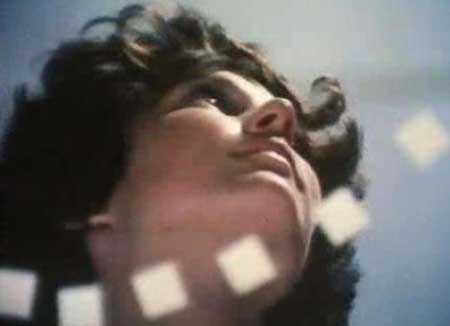 The film is a 1981 supernatural flick written and directed by Ian Coughlan, who was mostly known for penning Australian television series and TV movies. Alison’s Birthday stars Joanne Samuel as the title character, a woman who is invited back to her childhood home by her aunt and uncle for her nineteenth birthday party, under the impression that it’s an important milestone for her and her grandmother really wants to see her again before she dies. She brings her boyfriend Pete (Lou Brown) along, although Aunt Jennifer (Bunney Brooke) and Uncle Dean (John Bluthal) aren’t happy about the guy taking Alison away from them.

What follows are various encounters with the aunt and uncle, eventually leading to Alison’s bad dreams and her “nervous exhaustion,” as Dr. Lyall (Vincent Ball) states. Pete is barred from seeing Alison, since he’s a bad influence and not part of the immediate family, but he doesn’t buy the doctor’s diagnosis since it seems so sudden. He calls on his occultist friend to do some research, and uncovers the startling truth about Alison’s past. 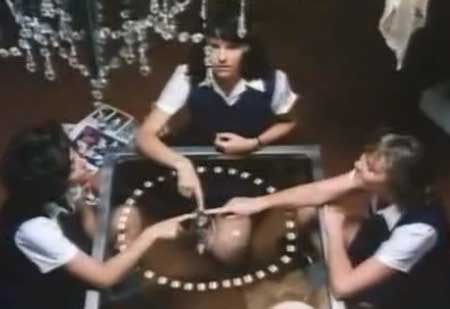 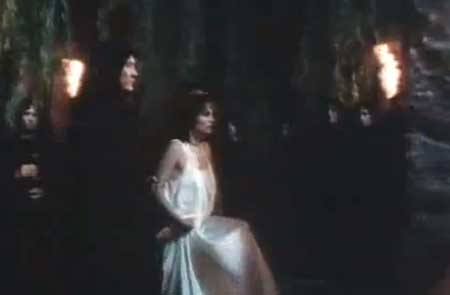 For the most part, Alison’s Birthday is fairly derivative, and it suffers from a predictable plot. Coughlan doesn’t attempt to hide the secret of Alison’s aunt and uncle from the audience, leading to about 45 minutes of running time where Pete and Alison scramble to figure out what’s going on while the audience sits looking at their watch, wondering when the characters will catch on.

It’s the film’s set-up that really limits what Coughlan can do with his direction; asking Alison to come back for her nineteenth birthday is a strange enough request, but when Aunt Jennifer and Uncle Dean become extremely interested in feeding Alison tonic and keeping her away from Pete at all costs, the eeriness of the plot gives way to a sense that all of the film’s secrets have already been divulged. 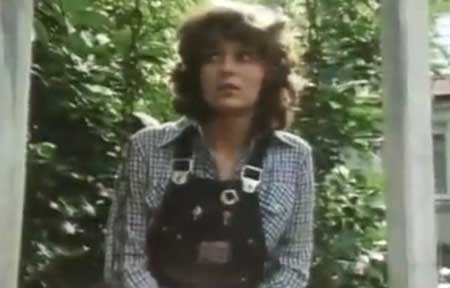 That’s unfortunate, because Coughlan spends quite a bit of time making Alison and Pete a likable couple that the viewer wants to root for. Once Alison is too weak to leave her room, the film switches to Pete’s point of view as he attempts to figure out just what the hell the Mirne cult really is; Lou Brown’s a competent actor who excels given the spotlight, and he’s given a few action scenes during the latter portion. 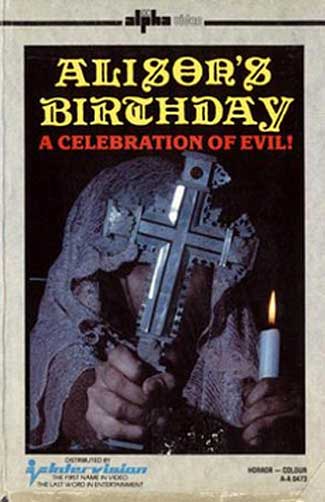 Despite all of Pete’s research about the Celtic Mirne cult, there’s little explanation for the audience as to why there’s such a following behind it. It was an ancient tradition for followers of Mirne to give the entity a sacrifice on their nineteenth day of birth born on the nineteenth hour; Mirne then inhabits that person, and their soul is transferred to Mirne’s old host. But the reason for the followers’ admirations of Mirne is missing, and there’s not enough evidence to support why everyone would go through so much trouble.

Otherwise, though, Coughlan’s film is competent enough, although lacking in tension. There are a couple of moments throughout where Alison is tormented by dreams or visions of things in the woods, but perhaps the scariest part of the movie is the old woman who simply sits in a dark room during Pete’s search through Alison’s house. Coughlan’s script doesn’t allow for much suspense, though, besides the audience’s knowledge that Alison’s aunt and uncle mean her harm, and that lessens the hold on the viewer that a film of this caliber could have.