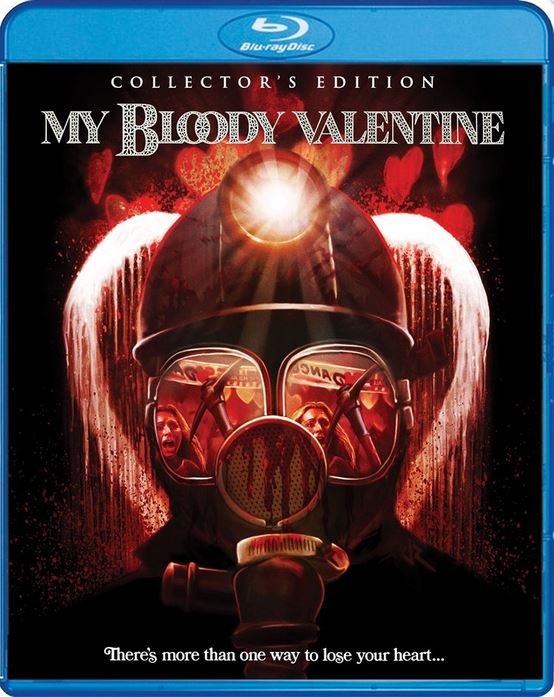 A two decade old folk tale surrounding a deranged murderer killing those who celebrate Valentine’s Day, turns out to be true to legend when a group defies the killer’s order and people start turning up dead.

Yes, gore maggots and maidens of darkness… In celebration of the new 3-D re-make release, I thought I’d let you all know… The original is the one to see. Candy, cards and carnage. Personally, I have not seen the re-make, and as much as I am against this movement, I think this one has cashed in on the most original rehashing yet. If you are going to re-make a classic, bring it into the new age, with 3-D. In my opinion, there are not enough theatrical released 3-D Horror films. Enough about the re-make though, this review is on the original 1981 classic. Another fave of mine growing up. I’ve watched this with many exes on Valentine’s day as a teenager. 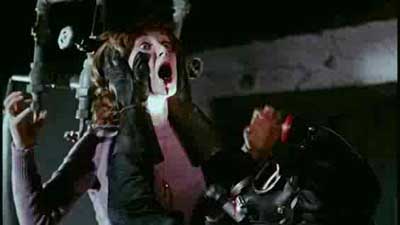 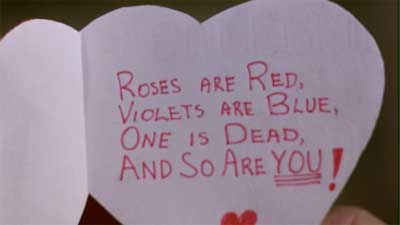 The film was usually aired every Valentine’s Day, on one station or another during the eighties and nineties (Cinemax mostly). You can also tell the high impact that the original Friday the 13th had on this film. In the original MBV, this particular Valentine’s day falls on a Saturday… The 14th. There is also a deranged Bartender that warns the town of the curse of Harry Warden and the consequences if they do not heed his warning.

After laughing off the old man’s warning, mine workers and their girlfriends (crushes or objects of conflict) of the town of Valentine Bluffs get ready to throw the first Valentine’s Day dance in twenty years. The small town has banned Valentine’s Day dances for over twenty years because of the legend of Harry Warden, a worker that was trapped in a coal mine where five others were buried alive during a horrible accident. Harry supposedly was locked away at Eastfield (Sanitarium). He was committed under a court order and no records of his stay exists at the facility. The Valentine’s Day dance had been a tradition in this small town for one hundred years. Twenty years after it was banned, the town tries to look past the tragedy and move on. Suddenly, strange murders start to happen. 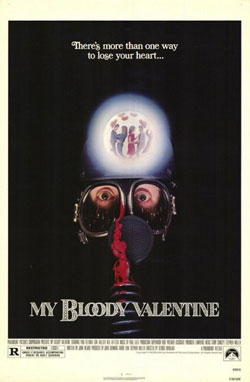 The bartender backs his story up by setting a prank of his own. He is never seen again. The police force re-ban the dance and this does not make the town folks happy. They have been looking forward to this for some time. They decide to throw a Valentine’s Day “party” instead. A party in the coal mine. “Harry Warden” still considers this as a dance in his eyes, and he is not happy. He returns to finish his job, while leaving candy wrapped carnage as he gives each victim their final kiss of death. He taunts the police station as well and even kills off a nice old lady, that was well respected by the town. 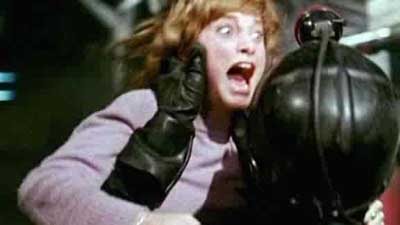 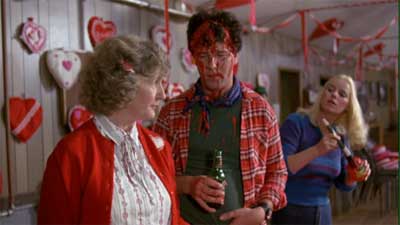 At the same time, there is a sub-plot of romance. I don’t know if the re-make left this in as well. Sarah (Lori Hallier) had a love affair with Axel (Neil Affleck) four years prior. He took off without saying anything and she got together with T.J.( Paul Kelman). Axel finds this out upon returning and gets mighty jealous. This jealousy almost comes to blows between T.J. and Axel. Sarah is caught in the middle. The film changes pace from Horror to Romance to drama and back to Horror. Luckily, there is no comedy. 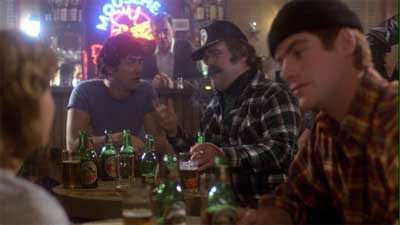 All in all, this is another original eighties classic not to be missed. It avidly follows the Friday the 13th formula (minus the sex and nudity. Kind of odd for a “Valentine’s Day massacre” of a movie). For a good old romantic, blood shedding and heart removal of a good time, watch this one with someone you love. I give this film FOUR HORNS UP. I’ve witnessed the word “Valentine’s Day” so much now, I think I’m going to vomit blood. Until next time, this was Jay. Keep one foot in the grave, one fist in the guts and your eyes out for gore… Later!