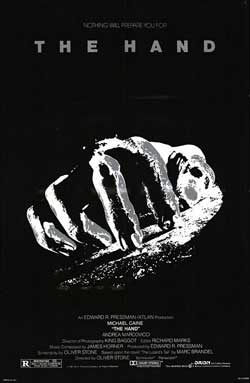 Jon Lansdale was a prominent artist before he lost is drawing hand in a tragic automobile accident. His hand is never found, unfortunately, but when people start angering John, his hand returns to eliminate them.

I was ten years old when The Hand hit theatres in 1981, so I was probably twelve or thirteen when I saw it for the first time on HBO. Back then, HBO had a very small monthly stable of movies that they played on a continuous rotation throughout the month, so I probably watched it two or three times at my tender young age. I remember this movie freaked me out. Michael Caine scared the crap out of me, much like Bruce Dern did in Tattoo, made in the same year. The murderous severed hand creeped me out as well. But I was twelve or thirteen after all; would the film still have the same affect on me thirty years later? 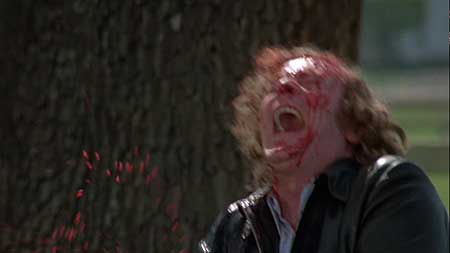 Not entirely; but surprisingly, the film is still somewhat relevant, even by today’s standards. 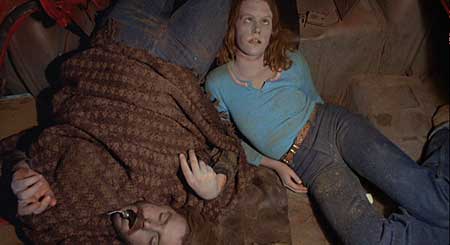 One reason why is because it was directed by Oliver Stone. I had no idea. It was a lot of fun watching one of his earliest releases, this film being released five years before Platoon was released in 1986. You can see hints of his style being developed, particularly in the moments when Michael Caine’s character has his black-outs and the film is transferred to black and white. It’s a really simple yet effective convention that is done sparsely enough to be artistic instead of hokey. 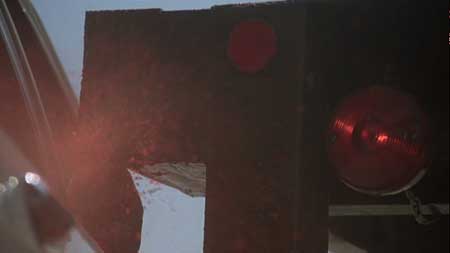 The story and the way it is told is effective as well. Based on the book “The Lizard’s Tail” by Marc Brandell, Stone wrote a screenplay that flows nicely and has a fabulous twist ending that may have even been inspiration for later M. Night. Shymalan joints. That’s right, 18 years before Bruce Willis had trouble coming to terms with his passing in The Sixth Sense, Michael Caine was having difficulty coming to terms with his severed hand in this film. 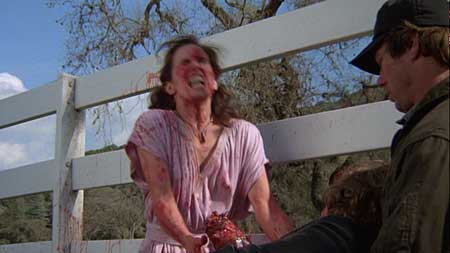 Caine plays the character of Jonathan Lansdale adeptly; balancing on the edge of sanity brilliantly. At first, he seems to be taking the loss of his hand, and consequently his livelihood, rather well. But he gradually descends into a downward spiral of madness, being driven over the edge by an unsupportive wife and a money hungry agent. You are led to believe that he’s really got everything under control regardless of how extraordinary it may seem when considering the trauma he’s gone through. It’s this misdirection that makes the movie cool to watch, both for what it does to you as the viewer, and, as I mentioned earlier, to see the fledgling talents of an uber director develop. 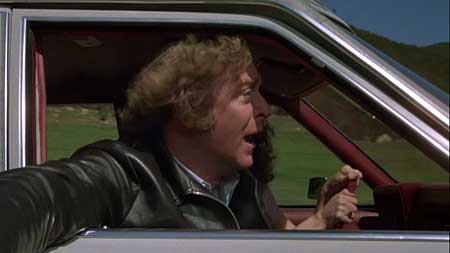 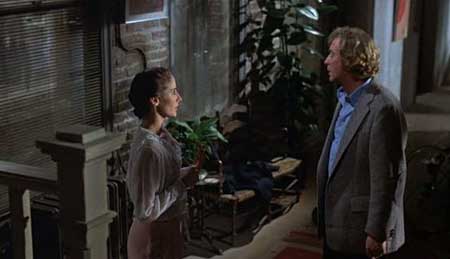 This batch of movies from our fearless leader has been the first full-fledged foray in to the films of the 80’s that I’ve been given. The Hand was one of the films from that era in this batch that I’d already seen and was excited to watch again. It was almost just as I remembered it. It didn’t quite freak me out as much as it did the thirteen year-old version of me, but I was able to see why the thirteen year-old version of me recoiled a bit at certain parts of the film. All these years later, it still was able to strike a chord in me. Whether that was because of nostalgia or because I have a legitimate eye for good cinema alludes me at the moment but when you combine an Oscar winning actor with what will have been a future Oscar winning director, something good has to come of it, and that something good is The Hand.