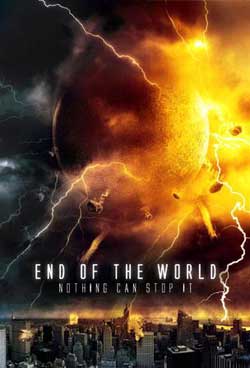 A group of Apocalyptic fanatics must use their knowledge of apocalyptic movies to save the world from a devastating solar flare.

Over the past few years, I have become exceedingly fascinated by the idea of bad movies. The low quality of the productions combined with the poor scripting helps to highlight the effort, fun, or lack thereof in the movies. With that said, it probably comes as no surprise that I would be drawn to the world of the SyFy channel. The place is a hub for movies like Sharktopus and Battledogs. They are not the only place to discover this type of film but they are undoubtedly the most well-known. The phrase “SyFy original movie” has become synonymous with these movies. All of this is to say that I was excited to learn that I would get to watch and review the SyFy movie End of the World, a movie right in my wheelhouse. 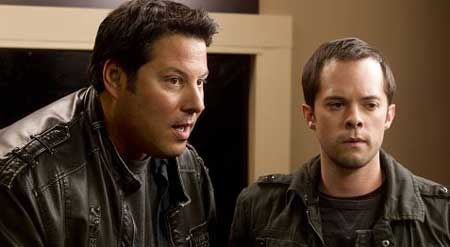 This movie follows the same basic plot structure that many other SyFy movies follow; there is a disaster, the main character goes on a road trip, and there is a last ditch plan of insanity to stop the disaster. Owen (Greg Grunberg) is the owner of a science fiction video store. When Earth is pummeled with electromagnetic space debris, he takes his coworkers and friends on a road trip to avoid the destruction. With his knowledge of disaster movies, and the help of Doctor Walter Brown (Brad Dourif), Owen attempts to prevent the titular End of the World. 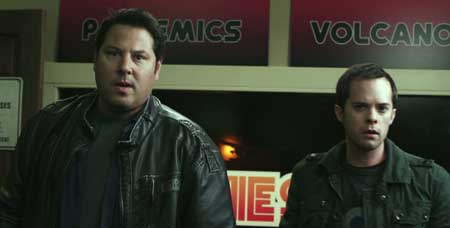 To use a turn of phrase that will make me sound like your grandfather, End of the World is a hoot. The film is a blast to watch from beginning to end. There is an infectious feeling coming through the performances that helps to make it as enjoyable as it is. Greg Grunberg is having fun in movies of this style as of late (Big Ass Spider! is another example) and seems to have found a niche that he can capitalize upon in order to become a successful lead actor. He seems to love every second of screen time he gets and I am beginning to anticipate the presence of Greg Grunberg on screen. Alongside him is Mark Hildreth, playing his dastardly second cousin Max. Hildreth sneers and glares his way through End of the World with so much passion that you despise the character more every time he appears. That is how you perform the role of a bad guy who is just plain bad. Then there is Brad Dourif who turns in the best performance of the bunch. His portrayal of a former government employee who may or may not be insane has layers of many of his past performances as well as many John Malkovich style mannerisms. To say I enjoyed watching him would be to undersell his performance. The actors are not the only good thing about End of the World, however. 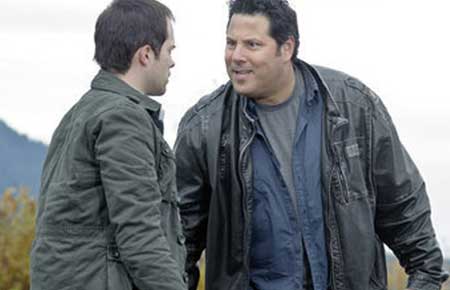 The concept of an avid movie fan using their knowledge of tropes and clichés in an attempt to save the world is one that hits home for people who watch movies on a regular basis. Which of us would not want our memories of the films we admire to be used for saving lives? I love the idea that watching movies can translate into use in hands-on situations. End of the World helps to perpetuate this idea, leaving me with a little bit of internal giddiness and glee that I could someday prevent a disaster by having watched WarGames. But (and this is a big but) End of the World could have gone about this conceit in a better way. Each time that the characters thought up a way to get out of a dangerous situation, they felt the need to mention what movie they were referencing and explain why they were referencing it. This may be true to reality where people talk that way; nevertheless, in a film setting it can take a viewer out of the tense situation and remind them of how derivative what is happening actually is. A movie built on homages can be entertaining. A movie built on direct references feels stale and frustrating. That might sound a little bit hypocritical. Look at it like this. A movie fan who will understand the homages and references, and appreciate them would not need the explanations. Since the inclusion of these details would primarily be used to entertain the fans it stands out when they are needlessly explained. 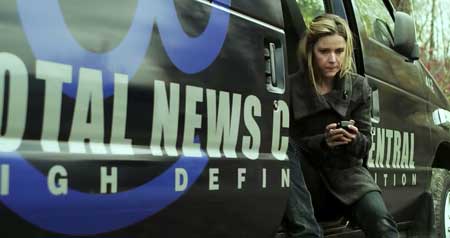 A few other things in End of the World stood out. At one point, a character said that the guy in Heroes was in a movie they were watching. That was a nice in-joke to Greg Grunberg where they did not feel the need to say that it was Greg Grunberg, and was a good instance of writing in a reference without the extended explanation of it. There was also a moment where they were listing off disaster movies and the characters mentioned another SyFy movie called Snowmageddon. It surprised me that they would mention a bad film that I have actually seen as a means to solving the disaster that they were currently experiencing. Yes, it was a shameless plug for another SyFy production, but it was an interesting namedrop all the same. How many people have actually seen the movie? Not too many, I’m guessing. Finally, the movie brings up the idea that the disaster itself is not the only danger when the world is potentially going to end. Random strangers are as big a danger. It is an interesting concept that never becomes fully realized. If a little more was written into that idea, the movie could have had some deeper meaning. 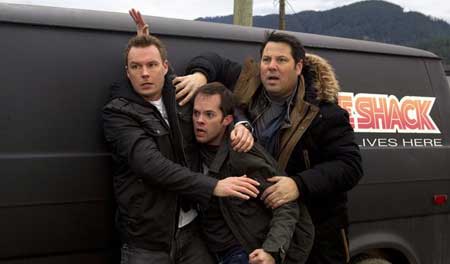 As it is, End of the World is a fun little SyFy movie that does not strive to be more than mindless entertainment. Filled with amusing performances, call-backs to the films you love, and a plot that keeps chugging along, it is a pleasant way to spend an hour and a half. If you see it playing on your television listings, check it out. It deserves that much.