In the heart of the city, a nefarious terrorist cell is plotting a major attack against the US. Little do the terrorists know, someone is on to them. As they prepare to execute the first part of their plan, a mysterious figure infiltrates their home base and dispatches them one by one. The mysterious figure is revealed to be a Vampire (Michael Bailey Smith), but not just any Vampire. This particular Vampire is employed by a covert government organization lead by Sam (Lance Henriksen) whose sole mission is to protect America from detrimental threats. Meanwhile, Rip (Brennan Elliott), a rogue cop, knows of the Vampire’s existence and will stop at nothing to destroy it, even if his wife, job, and sanity are at stake.

After several violent encounters with the Vampire, Rip is beaten to a pulp, but like any good cop, he never gives up. The Vampire attempts to explain himself to Rip and convince him that he is on the same side, but Rip isn’t having it.

In the meantime, Bob (Brad Dourif), the most notorious terrorist in the world, is on his way to the US to execute the attack. Along with him is a gang of motley terrorists (Marty Klebba, Joey Naber, Anthony Batarse, Herzl Tobey and Assaf Cohen), hell bent on destroying the city. Upon hearing the news, the Vampire must convince Rip to join forces and stop Bob before he detonates a powerful nuke in the middle of the city.

I have to admit that when I first received the assignment to watch and review a film called Blood Shot from 2013, I had no idea what to expect. To me, this was just another drop in the ocean that is straight to video horror films that seem to be coming out in such rapid succession. However, when I took a look at the cast list, I have to admit that I was intrigued.

This film boasts a cast full of names that we all recognize such as Brad Dourif, Lance Henriksen, Christopher Lambert, Martin Klebba, and Michael Bailey Smith.

Michael Bailey Smith stars as a vampire that fights for Truth, Justice, and the American Way. That is a direct quote from the film folks. I find it more than a little funny that this vampire’s motto is the same as Edgar and Alan Frog’s motto… and I don’t mean that he fights for that ideal, I mean that he is actually working for a covert division of the U.S. Government whose job is to thwart terrorist attacks. Sam, played by Lance Henriksen, gives this vampire intelligence and direction in hopes to keep the populace safe. Another thing that I thought was a nice touch, was the design of the vampire makeup used on Smith. He looks like the toughest version of the vampire in 1922’s Nosferatu that you’ve ever seen… simple but effective.

The terrorist cell is led by none other than Chucky and Grima Wormtongue himself, Brad Dourif. That’s right folks, this whitey is playing the leader of an Arabic terrorist cell. Maybe it would have been a little off-putting to see Mr. Dourif covered in brown makeup and ludicrous facial hair, if it weren’t for the tone of the film and the fact that he was surrounded by other Caucasian gentlemen in makeup and fake beards playing his devotees. He does a great job in this role where he straddles the line of simple comedy and outlandish silliness.

The vampire and Sam are directed by the president of the United States, who happens to be played by Christopher Lambert in a small cameo role. In the current film climate where so many films are coming out with the premise of Monster 1 vs. Monster 2, there have been many pairings worse than Vampire vs. Terrorists.

So the stage is set… except for one thing: The obsessive cop, driven by his principles to destroy evil. We’re not talking about the evil that men do that cops deal with on a daily basis, we’re talking about EVIL… big capital letters. I’ll give you one guess as to who he has been following and hunting down. Rip is his name and he is driven by an innate need to do triumph over evil in an almost crusade like manner. The best thing about this character, played by Brennan Elliot, is that he looks exactly like a young Richard Greico. Now, I hope you don’t think that I mean that as an insult. Not only is Greico an extremely handsome man, you have to remember that even though Richard hasn’t been in the public’s eye lately, back in the day when he was on 21 Jump Street and his spin-off series Booker, he was a god in my pre-teen mind! So, having that piece of the puzzle in this film was a personal treat. 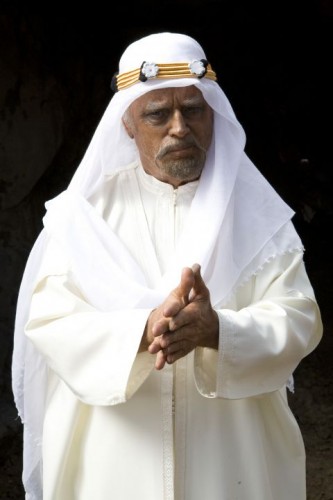 There wasn’t any part of the storyline that will blow your mind. However, I don’t think that the originality of its plot is where this film hangs its hat. This film is loaded with charm. This is a horror-comedy… plain and simple and it doesn’t aspire to be anything but an entertaining movie that will provide the audience with a few chuckles. Smith and Elliot steal this show with their chemistry as their relationship evolves. Smith’s dialog at certain times when his character is being pursued by Rip is very comical. Think how you would treat a small child who is hell-bent on destroying you. On the one hand, they’re much weaker and you want to treat them with kid-gloves, but on the other… they want to freaking destroy you. This dynamic provided many opportunities for these guys to work their chemistry and it usually ended up being very entertaining.

Though the story doesn’t have the most original plot structure, it does go places that provide for unique situations. Outside of a few cliché setups like the cop’s estranged wife who is jealous of her husband’s passion for his job, this provides elements that were very unique. I mean, when was the last time you saw a movie that involved midget bombadeers, blue glowing genie bulls, and an anti-terrorist vampire?

Outside of a few minutes in the second act that feels a bit drawn out, I was very surprised with how much I enjoyed this movie. Even though I am a sucker for horror-comedies, Blood Shot did a great job keeping me entertained. It didn’t seem to get too hung up on being politically correct (which I was very worried about in the beginning), and the assembled cast did a great job working together on screen. Though this film isn’t likely to go down in history as some kind of classic, it’s definitely worthy of your attention for its running time. This film looked good and the filmmakers did a good job of putting together a film that stands out from the crowd of the multitudes of direct to video horror films! This is the kind of diamond in the rough that will be adorning my Blu-Ray collection when it finally gets its official release. 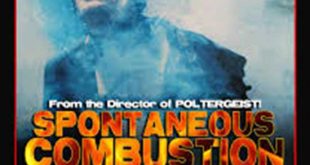