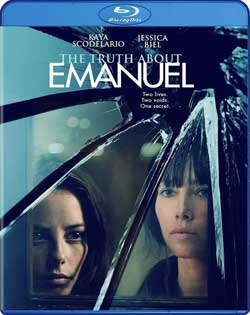 This is a dark drama exploring issues of loss, motherhood and secrets, and there’s an intensity to this film that some might find unsettling. I’m not entirely sure if the more surrealistic elements of the film worked, but there was certainly a fresh and creepy quality present throughout that complimented the theme nicely. Perhaps, due to the overt themes of motherhood, The Truth About Emanuel is a film better suited to a female audience, especially as there are not any high-octane, adrenalin-inducing scenes of action, but instead more of a slow plodding burn of emotion.

Emanuel is macabre 17 year old who is fixated on the fact that her mother died giving birth to her. This makes it hard for her to get close to her new stepmum, and even her relationship with her father is strained as she constantly forces him to re-live her mothers last moments. However, by some miracle, Emanuel’s search for that mother figure appears answered when a single mum, Linda (played by Jessica Biel), moves in next door. Linda has a baby and yet no husband or boyfriend are on the scene, leaving her rather lonely and obsessively doting on baby Chloe.

Seeing a striking resemblance to her own mother, Emanuel quickly agrees to babysit Chloe for Linda. But this is when Emanuel discovers a secret about Linda and her unhealthy relationship with Chloe, and she is faced with the tricky decision of revealing it, thus ending her longed for maternal relationship with Linda, or keeping it hidden and playing along. What ensues is Emanuel desperately trying to protect Linda and Chloe from everyone around her, and these secrets and lies cause an already fragile Emanuel to mentally unravel. There’s also a love interest thrown in here at various points, Claude, and the quirky scenes of Emanuel and him succeed in lightening the mood when it gets too heavy. I think that’s about all that should be revealed here, because the journey that this film takes you on is a lot more effective than me just spelling it out for you in writing.

I have actually been a fan of Kaya Scodelario ever since her role as Effy in Series 1-4 on Skins, and so when I saw her name associated with the movie I got excited. However, I can’t help but feel that the character of Emanuel is strikingly similar to that of Effy, suggesting that Kaya Scodelario may just be a one trick pony. There’s no doubt that she did a good job in the film, it is just a shame that we didn’t get to see her stretch her acting wings and really see what she can do. It is interesting to note that it was originally supposed to be Rooney Mara playing the lead character, but she dropped out due to scheduling conflicts. I wonder just how different the film would have turned out had she been Emanuel instead? Whilst she does have more experience, I thought that Kaya Scodelario managed to capture the distant, enigmatic nature of Emanuel well. 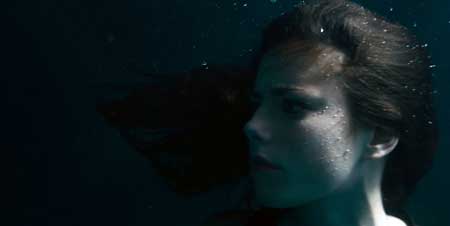 Jessica Biel portrayed the ‘perfect mother’ figure of Linda well, but unfortunately there didn’t seem to be much more to her than that – despite the fact that we quickly find out that she has also got some serious problems herself. Towards the end, after the dramatic climax of the piece, we still don’t ever get to the heart of her issues, which is a shame, because she is clearly a character in need of some exploration. To a certain extent we do feel sympathy for Linda, but that is a little one-dimensional because her character remains one-dimensional. For this reason, the whole dynamic between Emanuel and Linda always feel a little off. But I suppose that is the intention!

The film was originally titled ‘Emanuel and the Truth About the Fishes’ which I find a tad unusual, and so I’m glad that they settled with The Truth About Emanuel. Although, perhaps a more appropriate title would be ‘The Truth About Linda and Chloe’, because she is the one keeping the secret. On another note, the weird ‘hallucination’ scenes didn’t quite fit for me, but it certainly added another layer to the piece. I personally thought that the whole ‘water’ and ‘drowning’ metaphor ended up getting in the way of the actual story – which was the thing I was actually interested in. 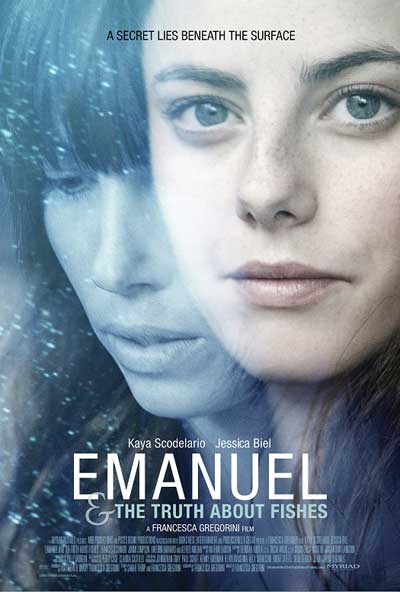 I honestly think that this one is worth a shot if you have a spare hour and a half. It’s not perfect and not an ‘exciting’ movie, but there’s a sense of depth which can’t help but lure you in. As the secret is discovered fairly early on, we as audience members, also become involved in trying to hide it from the other characters as well, and this involvement is completely gripping. The Truth About Emanuel is a truly unique story, which bravely explores powerful issues, and for that reason I recommend a watch.