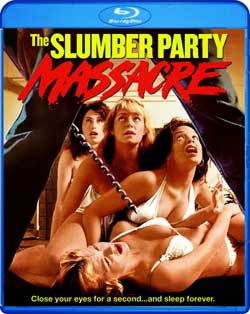 An eighteen-year-old high school girl is left at home by her parents and she decides to have a slumber party. There is friction between some of the invited guests and the new girl, who is better at basketball than they, so the new girl decides to stay at home (which is conveniently across the street from the host’s house). Meanwhile, a murderer of five people with a propensity for power tools has escaped and is at large, and eventually makes his way to the party, where the guests begin experiencing an attrition problem, with only the new girl to help them.

Lately it has become an exciting time for slasher film lovers. With the urgency to format for bluray, alot of old slasher gems have been dusted off, re-visited and “resolution-enhanced” for film shoppers.  “The Slumber Party Massacre” was one such film that is probably more cult-iconic than being hailed as a former great movie. Helping to welcome in the 80’s with new trends in horror formulas, “The Slumber Party Massacre” is a prime example of a simple film with a simple premise featuring lots of boobs, sex talk and bloodshed. As the film opens on a group of typical 18 year high schoolers, it doesn’t waste any time into getting into the topless shots and youth humor. This formula of high schoolers, smart ass sexed-up males and the sole mystery killer would become the basis for several more films of this genre. 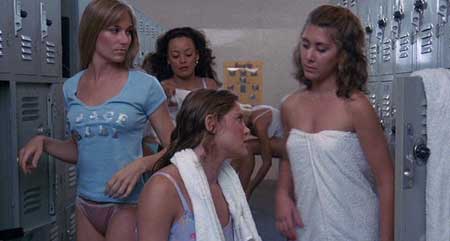 Movie goers would come to expect all the smart ass nasty girls to get brutally bludgeoned in a typical body count fashion that weeds itself thru the lot of them leaving the single heroine survivalist. Per the title, “The Slumber Party Massacre”, several more films would soon jump on the trend of adding either the term “massacre” to its name or some form of holiday/celebration event or youth location. (aka dorm room, high school, shopping mall…etc)

The film centers on a group girls who are anticipating a weekend sleep over per the announcement of Trish’s parents going away for the weekend. Our star players are Trish (Michelle Michaels), Jackie (Andree Honore), Diane (Gina Smika Hunter) and Kim (Debra De Liso) who gather together for the horrific night get-together. 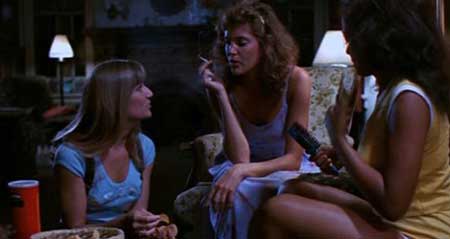 Robin Stille plays the role of new girl Valerie who quickly has to ordeal the jealously of her female peers who find her either too pretty or too talented. Valerie initially turns down an offer to attend the slumber party when she overhears Diane gossiping in the locker room. Valerie who prefers to stay at home with her little sister Courtney (Jennifer Meyers) later discovers that the screaming she heard next door was not due to fun and games but a frantic killing frenzy. 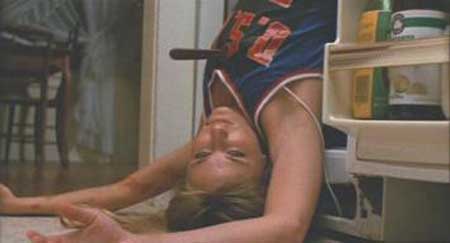 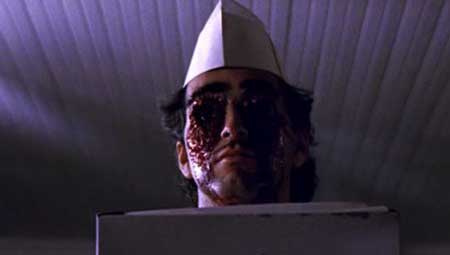 Simplicity sometimes has a way of being absurd as our mystery killer instantly begins the film lurching about with his power drill and cornering young girls. Michael Villella plays Russ Thorn, a psychotic killer who only mutters a few lines in the whole film. His motivation is never really explained but only comes in the confession that he “loves young girls”. Somehow this “love” translates into a motivation for murder which provides the platform for a film about teens being slaughtered in their homes. In my review of the bluray, the director explains that the “drill” was a hidden metaphor for girls approaching having sex for the first time. Whether this was obvious or not, some of the scenes were positioned in a way that might suggest a phallic relationship between the drill and the victims. 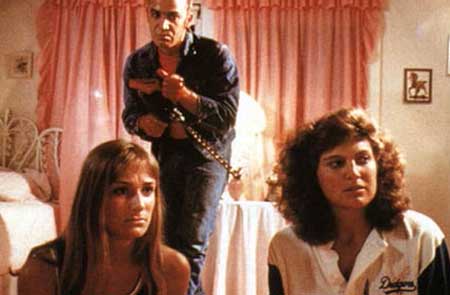 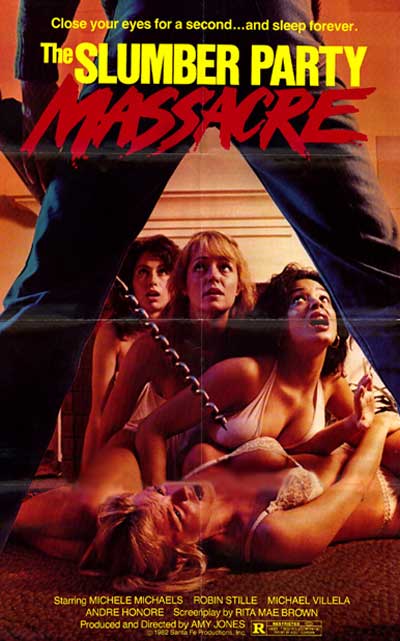 Fans of horror will enjoy the constant “slash and gash” approach here that you can’t watch without asking the question, “where were the police during all this bloodshed?”. Whether you are a fan of b-grade bad acting or “no-cause killer films”, you’ll love the sleazy chaotic feel of this quirky horror piece.

The film also introduces us to the much younger scream queen actress Brinke Stevens, who at the time, in her 3rd feature makes a brief appearance gracing us with her gut wrenching memorable scream. 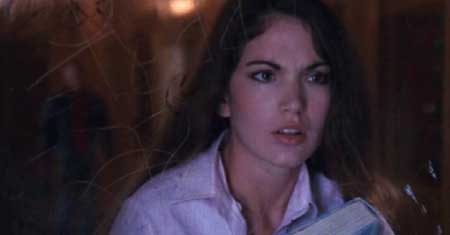 “The Slumber Party Massacre” is an earlier cult classic that is often referred to in the wave of slasher exploitation films of the 80’s. The restored bluray is in better shape than it ever was on fading VHS tapes that by now are ready for the trash bin.