We’ve talked about LUCKY BASTARD a handful of times here. It’s the flick about a dude who wins a contest to spend the night with a p*rn star and well, things go horribly awry.

A couple new Red Band clips showed up and I’m betting you would like to give them a look. These are NSFW so proceed with caution.

The official synopsis is:

LUCKY BASTARD is the story of a shy young man who wins a contest to have sex with a famous p*rn star on an adult website. When the young man arrives at the p*rno house / set location, his every move is captured on the numerous reality television-style wallcams that are spread out everywhere in the house. It is the found footage from these cameras that tells the story of the inevitable and horrifying reality of what actually happened.

It’s getting a “very limited” release over the next few weeks but hopefully we’ll have a home video announcement for you in the near future. 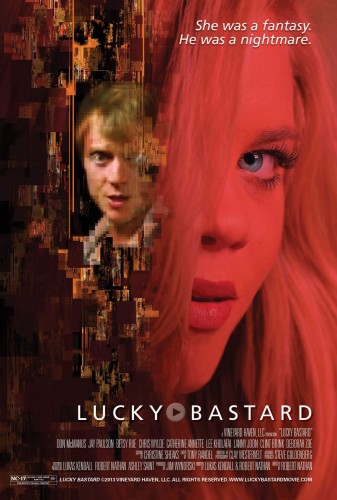