Home | One Sheet For COOTIES Is Worth A Lick

One Sheet For COOTIES Is Worth A Lick

COOTIES is one of those films in our near future that once you know it’s coming, you can’t wait for information so let me quench your need for information with the awesome news that the film has got itself and one sheet and it’s a keeper! 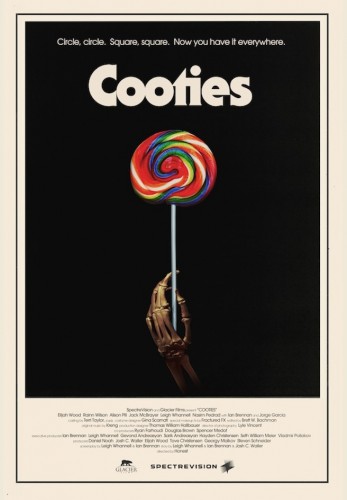 Story wise, here is what you’re in store for:

“COOTIES begins when a mysterious virus hits an isolated elementary school, transforming the pre-adolescent children into a feral swarm of mindless savages. An unlikely hero must lead a motley band of teachers in the fight of their lives against the monstrous pupils.”

The film will make it’s debut at SUNDANCE and I have a feeling it won’t have any problem finding someone who wants to send it out to all us eager fans.

Jay Shaw is the artist on the poster. Great stuff!