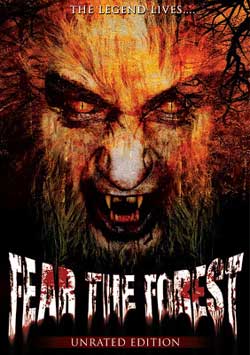 After a group of youths going missing in the northeastern valley mountains they fear something ungodly is in the air. Are they alone in the dense underbrush? Resisting the folklore of a walking spirit or sasquatch of epic proportion they vie to stay alive. Meanwhile the governor and his team of staff work around the clock searching for the missing campers, one of which is his teenage daughter Barbara. Will they make their way back to civilization or will they realize an entirely different horror in knowing to Fear The Forest?

I’ve always been a huge fan of creature features. From the outer reaches of our imaginations a tale is often provoked to stoke the fires of the unknown. It matters not if the picture is particularly campy in nature or beyond rational comprehension. Often if the story is comprised upon a thread of folklore such as The Loch Ness monster, aliens, The New Jersey Devil or in this case Bigfoot, I’m generally all the more intrigued. It takes a bold film maker to put a unique slant on a product that has been told countless times before. I commend Bora for taking this ambitious leap adapting the role of producer, writer, director and actor in this case. Impervious to almost certain criticism this film maker plunges onward in a production I like to refer to as the little film that could. 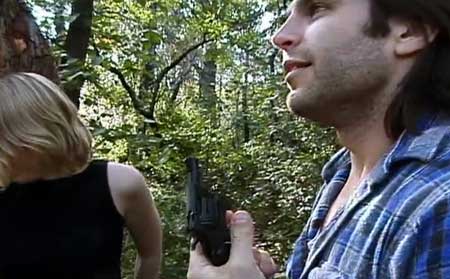 The opening sequences commence with some news footage scrolling by the screen of newspaper clippings and broadcast snippets of creature sightings. If the audience can get past the odd reporters with unmistakably loud jackets and uncertain journalism techniques there is truly something to the story that is being unleashed.

While a great deal of dialogue ensues that seems a little awkward and out of place it only adds to the authenticity of the reporting angle. There is no scripted re-enactments or queue card speeches. The reports of Sasquatch sightings create an almost eerie suspended belief that these stories are coming from the average public. 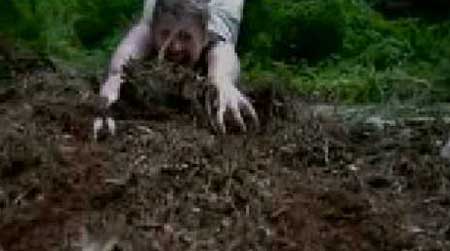 We’re introduced to the governor who is arguably the most convincing character thus far. His tortured expressions and unease over his missing daughter and balance between running office is convincing so much so it almost sticks out like a sore thumb in comparison to the other performances. Some orchestra like music enhances the foreboding atmosphere as news clippings continue to roll on the screen.

And then things get a little weird.

Far be it from a conventional horror film to boast anything from being apart from being described as weird. Many directors would take great pride in their production being viewed as such. Certainly cult classics, before they adapt the moniker we hate to love are virginal in purity prior to being viewed. Fear the Forest is no exception but this critic cannot shake the feeling that a great deal of confusion is being spawned at the same time. A search party is commenced with an accompanying handsome bounty to take down the elusive Bigfoot creature. Several hunters try their sportsmen like luck and venture out into the woods. They’re clearly inexperienced and don’t seem to know the difference between a barrel and a trigger which I suppose can only add further authenticity to the motive of the plot. Two opposing groups of hunters begin to argue in a bizarre exchange that can only be compared to West Side Story and sadly only adds distraction and dramatically detracts from the plot movement. 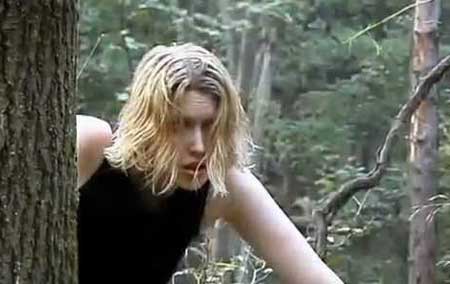 We get our first glimpse at the actual creature. There have been worse exposes of evil presences. In this case, Bigfoot is more comparable to a sports team mascot or amusement park icon on the lamb. Again it significantly detracts from the atmospheric feel of the film and makes the audience a little uneasy with continuing.

The story then detours to the group of teens and we’re introduced to Barbara, the governor’s daughter. Their celebration is interrupted by an opposing clique and heated arguing ensues. The viewer is rendered a little lost once again. Is this a teen angst film? A Sci-Fi mish-mash? Or a punk music video as an onslaught of questionably relative dirt bike jumping sequences unfolds. Many audiences will ultimately abandon the viewing experience at this stage which truly wouldn’t do the production justice. Further confusion recommences as the plot then turns to a chronological affair stating the date, time and location, all of this within the thirty minute mark.

We’re introduced to some Hillbilly like characters that add some much needed comedic relief. Their performances are shades of Deliverance as they engage in an enthusiastic game of Russian roulette. 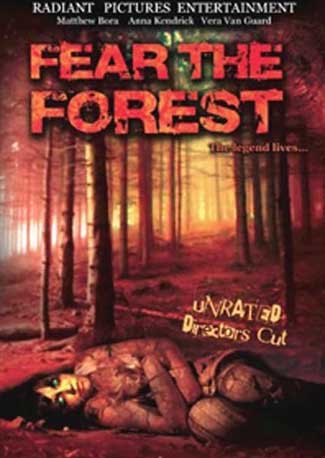 Many horror film aficionados take great pride in being able to dissect a production and pin point the inconsistences or mistakes. At this point in the game it’s uncertain if the director’s approach was somewhat of an avant-garde to this experience. The lead character of Barbara narrowly flees her captors and is seen running through the woods clearly with a ponytail holding up her locks. In the next shot she’s seen running once again over rugged terrain, clearly with the same hair bouncing to and fro across her shoulders only in the next sequence to have it back up in a ponytail once again. It’s a laughable moment but sadly marginalizes the terror impact of the moment.

When Barbara gets the opportunity to confront her adversary at the closing sequences its evident some additional voice overs were added in post-production. This is really nothing new in film making and often adds the little something that may have been previously missing. In this case the voice over is an entirely different voice in pitch, accent and enunciation. Its mere presence alone is so startling it will make even the most jaded of viewers jump and scratch their head in confusion.

Perhaps there are a lot of things Fear the Forest was not but definitely not the worst movie experience out there. One can ponder if done differently what the end product would be like yet no question there is a market out there for such episodes. Definitely not for everyone, but Fear the Forest is certainly a bona fide cult classic in the making.

-One out of five tombstones 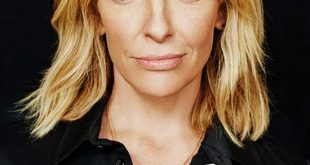