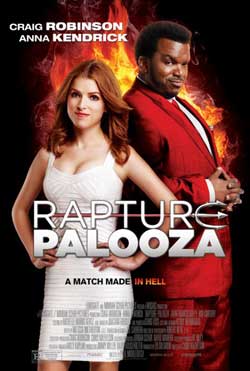 Two teens battle their way through a religious apocalypse on a mission to defeat the Antichrist.

Straight off the goofy train and chock full of vulgar innuendos, “Rapture-Palooza” takes a stab at the end of the world scenario AND the rapture. Easy enough, those who lacked faith in God were left behind to exist in a wacky world full of mayhem under thru rule of the antichrist.

Now before you get too excited, note that this film is really all about nerdy comedy with a rapturous twist. As we find in a flicker, those who were “saved” are evaporated straight from their clothes and flung up to heaven. The remaining are left bedazzled and confused to only realize shortly after that the Christians were saved and the rest were left to rot. As we join our 2 main characters Lindsey (Anna Kendrick) and Ben House (John Francis Daley), they soon realize that they should have gone to church more left to face the chaos of the present. Giant meteors fall from the sky in random instances taking out things and people in rather unexpected ways. Not all at once, mind you, but usually when it’s most inconvenient. 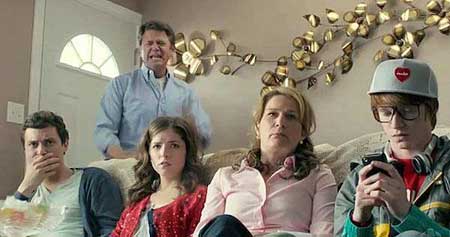 Lindsey has being dreams of making the best of it (considering the situation) with a concept to form a “good Sandwich” company. After their starter cart is crushed  by one of these boulders they have to look to the antichrist for some quick work to re-coup the loss. Mr. House, Ben’s father, works as a security guard and dreams of his kid to join him. Mr. House, played by actor Rob Corddry is a tool at best only living to please his obnoxious anti Christ employer.

The antichrist is played by (The Office) Craig Robinson who calls himself “the Beast” as he takes his rule over the people of earth. In a comedic sense, he lives like a rock star, kills those who say “no” to his wishes and destroys entire cities for recreation. Anti-Christ is not your usual horns and red skinned model but rather a smart-witted “player” dressed in obnoxious bright suits with an entourage that answers to his biddings. He keeps a few demons around as guards and wraiths who have grown bored but enjoy smoking pot. Sounds fun eh?…..hmmm. 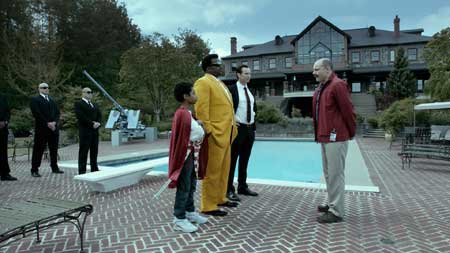 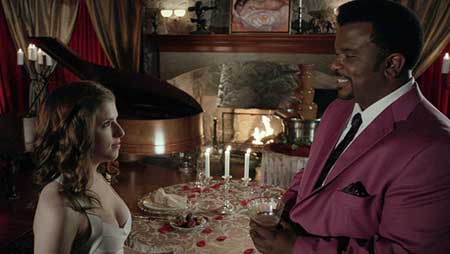 Now beyond being purely a creation of cheesy train humor, “Rapture-Palooza” really is more offensive than it presents itself to be. Directed by Paul Middleditch “Rapture-Palooza” makes no excuses for all sorts of young girl chauvinisms and inappropriate remarks that really comes across as just plain offensive rather than humorous. It’s the kind of offensive dialog that after a bit, your ready to call out “ok vulgarity man we get it…now move onto to something more interesting”.

You have to give actress Anna Kendrick credit for submitting herself to Chris Matheson’s horrendous script and allowing her rising star to get a bit tarnished in the name of horror comedy (if you can call it that). 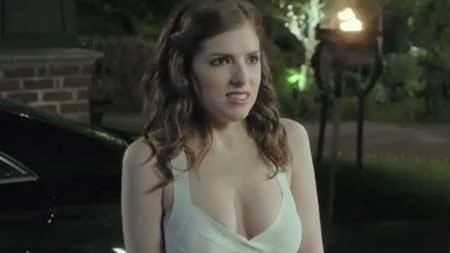 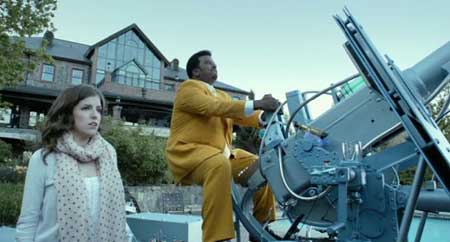 “Rapture-Palooza” never quite achieves enough leverage for laughter but it does try hard to be absurd and apocalyptic. Kind of in the sense that Adam Sander’s (much more funnier) “Little Nicky” does. Still fans will take a chance here with the catchy suggestive title in hopes that Darrel from the “Office” has found his maker in feature roles. Craig Robinson is not a bad actor, though I prefer him in lighter comedy efforts like “Hot Tub Time Machine”. Did I forget to mention….actor Ken Jeong plays the role of God with Ana Gasteyer playing Mrs. Lewis. While they do bring their great talents to the table, they can’t escape a film that just falls a bit left of ok. 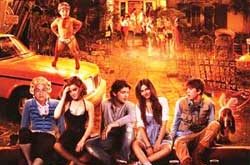