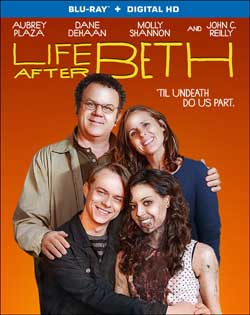 Zach’s girlfriend, Beth, comes back from the dead. He resumes his relationship with her, but all is not well, he soon finds.

LIFE AFTER BETH is a hip, feel-good romantic comedy . . . with zombies. Comparisons to WARM BODIES will inevitably be made, but that’s beside the point. Beth (Aubrey Plaza) has died. No one is taking it as hard as Zach (Dane DeHaan). He’s devastated. He can’t move on. His coping mechanisms aren’t exactly healthy, either. After Beth’s funeral he spends lots of time with her parents, Morrie (John C. Reilly) and Jeanie (Molly Shannon). Too much time, in fact. And he’s wearing her old scarf around. He’s getting a little weird, and his parents, Judy (Cheryl Hines) and Noah (Paul Reiser), think that’s why Morrie and Jeanie suddenly are ignoring him. His Red Bull-drinking security guard brother, Kyle (Matthew Gray Gubler), feels the same way. 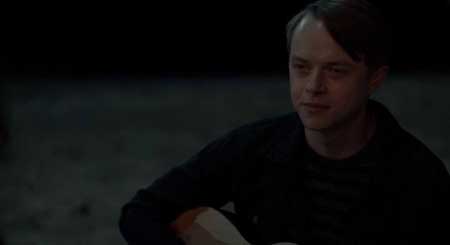 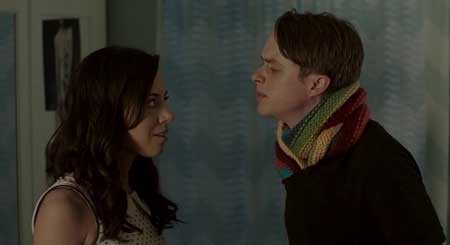 But Zach thinks Morrie and Jeanie are ignoring him because Beth is still alive. He thinks they’re hiding her inside their house. It turns out he’s right . . . but his girlfriend isn’t still alive, she’s come back from the dead. At first, Zach’s thrilled–so are Morrie and Jeanie. In fact, they are too thrilled to let their daughter even know she died. They’re in denial. For them, everything must remain as it was. Zach tries his best to resume his life with Beth as his girlfriend, but it’s not long before she becomes increasingly monstrous. She suddenly likes smooth jazz. Her breath stinks. Her skin is falling off. 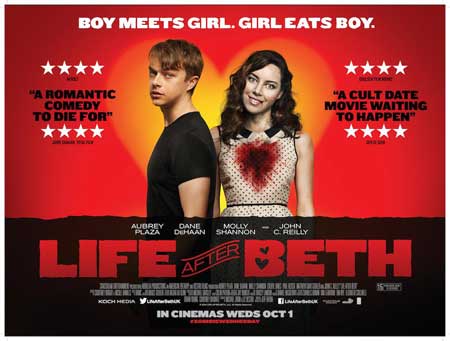 She can cause things to set on fire and has super-human strength. She’s angry, destructive, and making everyone uncomfortable. Beth’s not the only one. A few other people around town have come back from the dead, and are demonstrating the same unusual phenomena. Dead mailmen are back on their routes, dead fry cooks are slinging hash again, long-gone grandparents are back for visits, and, yep, it’s a zombie epidemic.

The funniest thing about LIFE AFTER BETH are the parents, Hines, Reiser, Reilly, and Shannon, trying to remain calm–to keep on parenting–in the wake of an apocalyptic disaster. I lost it, seeing Molly Shannon let her zombified daughter, chained to an oven, ravenously feast on her severed fingers. Therein lies the cornerstone of the film’s humor: no one is getting too worked up about things. It’s a grotesque, dire situation, but let’s remain calm, they say, keep on being polite. Everyone can still eat bagels and jazzercise. Blaring smooth jazz amongst the goriness helps heighten the absurd humor, too. Really the only character who’s freaking out is Kyle, the paranoid wannabe cop who’s been waiting years for something like a zombie attack to happen. 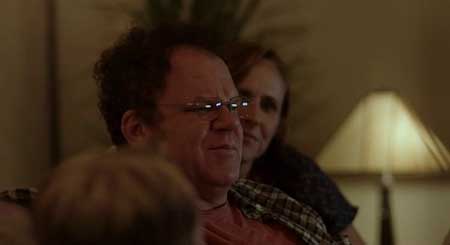 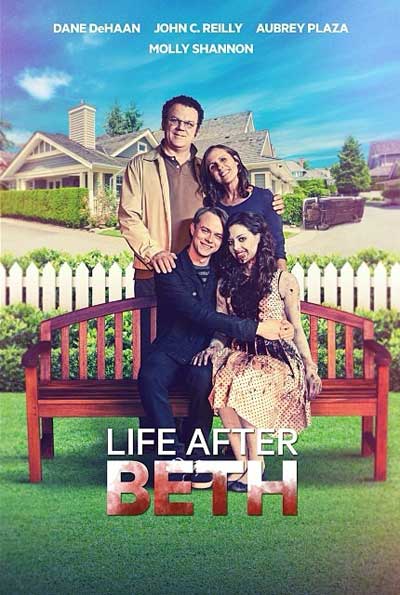 The clever, deadpan screenplay and the cast of comedic performers make LIFE AFTER BETH more than just another insert-zombie-here gimmick. Aubrey Plaza is hysterical, still desiring an all-American boyfriend, while hungering for human flesh to feed on. Dane DeHaan is a relatable, yet mildly obsessive, sensitive young man—in other words, the ideal lead for such fare. It’s criminal Hines, Reiser, Shannon, and Reilly don’t get more screen time, because I thought they stole the show. 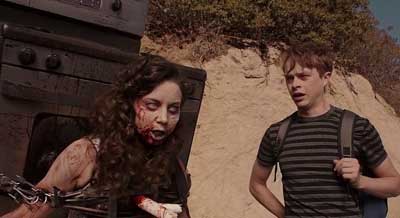 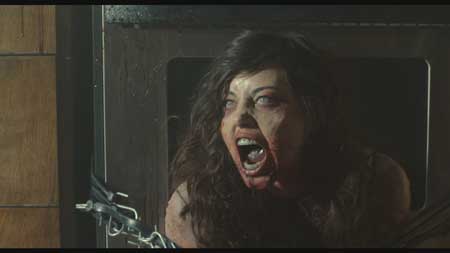 As an exercise in absurd, self-aware entertainment, LIFE AFTER BETH works. It puts a smile on your face and, with songs like “Needle in the Camel’s Eye” by Brian Eno on the soundtrack, makes you feel cool. However, it’s in such an enviable position to explore the nature of our culture’s fascination with zombies, but never goes there. It’s also set up to delve deep into themes of love, loss, and death. It settles instead for producing chuckles. I guess you really can’t fault it for being satisfied with leaving it at that.

This lighthearted fare from Jeff Gaena, writer/director of I HEART HUCKABEES, is worth checking out, and, ultimately, is a lot better than most indie hipster cinema coming out these days.