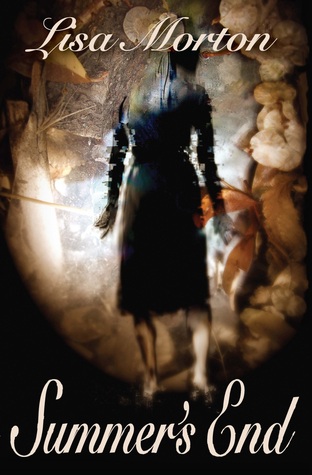 A celebrated author and historian on Halloween rituals is contacted to assist in interpreting an ancient Celtic manuscript. While an Irish archaeologist exhumed the rare find and is working around the clock to translate it, something seems dreadfully awry. Could the passages and pages contain a conjuring to unleash the malevolent Sidh to rain hellfire and brimstone on its unsuspecting readers? Perhaps only an authority on the roots of Samhain and Halloween will have the knowledge and key to thwart the very clutches of evil.

Summer’s End is a gripping, thought provoking chiller that can be best described as a novel’s answer to the near fanatical craze of found footage films as of late. The author has taken a token of reality and raised the ante substantially to create an overall aura of reality. Morton places herself as the lead character which is certainly intriguing enough and will no question attract a large audience of readers as a strong female protagonist.

It takes tremendous confidence and self-assurance on the part of the writer to lie upon the metaphorical desk, if you will a double edged sword. She opens herself up for better of for worse with very real, humanistic qualities, attributes and dare say character follies. Which is to say ravenous critics are likely frenzied in waiting a ruthless attack, tearing both author and character to shreds. I must say that she pulls it off quite brilliantly drafting a character that is often cynical, dry witted and permeates a no nonsense attitude. Readers will naturally gravitate to her and sympathize with her plight, relating to a number of different circumstances.

By placing herself as a main character in the story the realism is also enhanced. As a historian of Halloween and furthermore the origins of Samhain the story translates much like a journalist’s report. It refrains from a lot of cheap theatrics of far-fetched folkore many authors may be more or less guilty of. The tale of Summer’s End reads much more like an essay than a novel beckoning a larger audience in the believability factor and naturally the fear factor corresponds with the eternal question of our collective subconscious, ‘what if?’

I did become a little concerned at times with the frequency of footnotes. It seemed virtually every page was bombarded with additional notes to reference at the bottom. Let’s be honest in an age where it’s refreshing for our society to be reading recreationally at all anything above a Facebook newsfeed or the latest tweet their bowels are currently working on digesting then it’s a small victory. The footnotes may become a little distracting for some and it would be an awful shame for a tremendous story to be abandoned due to loss of attention span. I completely understand the necessity by design to create a feel of authenticity but cannot help but shake it’s execution was a little on the extravagant side.

On that note some very interesting things surrounding the history of Halloween as we’ve come to know it can be found within those notes. I’m hard pressed to find anyone that doesn’t learn a thing or two surrounding Samhain and some of the misconceptions that have become common place today.

Once the evil is unleashed, Morton’s tale breaks the cookie cutter mould of the over saturated demonic possession stories that plague our pages and screens of today. A much more imaginative, unpredictable plot is hatched with a gripping conclusion you won’t see coming.

A tremendous amount of thought was put into Summer’s End which is indicative of the sheer amount of facts, character development, conflict escalation and climax to be included within a relatively brief volume of ninety eight pages.

It makes an ideal read for commuters, travellers and fans who enjoy a predominant theme surrounding legend and folklore with a contemporary holiday.